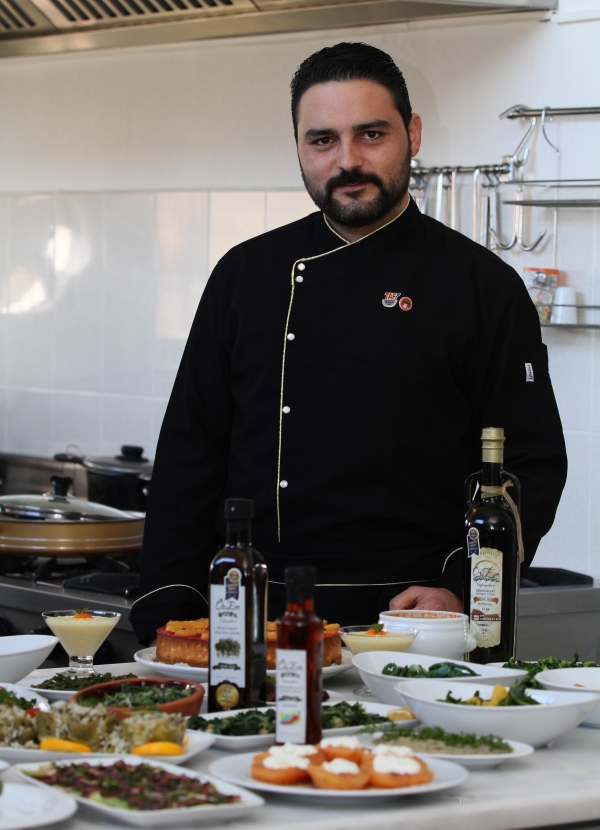 Cold pressed olive oil brings flavour to the table. Özgü Mehmet Manisalı, graduate of Izmir University of Economics- Department of Economics, brought along research conducted on olive oil in Tuscan Valley, Italy to Turkey. He brought the olive oil machine, which presses olive oil in 25 degrees cold that is rarely used worldwide to Turkey for the first time. And then Turkish olive oil started to receive awards from the most prestigious competitions worldwide.

Manisalı, who separates the olives collected daily according to their regions and turns them into olive oil based on their specialties, brought gold medals from Belgium, Japan, Israel, and Turkey. With his brand ÖzEm Olive Oils, he won 2 gold medals in Superior Taste Award, Belgium in 2013, silver medal award in Japan in Early Harvest Olive Oils competition for Pepper Flavoured Olive Oil and Garlic Flavoured Olive Oil, and one prestigious gold medal award in Israel Olive Oil Competition. Manisalı also won 2 gold medals in Belgium in 2012, and came in first and second place in National Natural Extra Virgin Olive Oil Competition in Turkey.

Manisalı, who pointed out that he conducted various researches with the intention of increasing awareness on Turkish olive oil, stated that he comprehended the importance of creating a brand name through the education he received at Izmir University of Economics, and that he chose to come up with a high value added product by creating Turkish brand olive oil. Manisalı indicated that Turkish olive oil had a unique taste and he said, “I travelled to Italy in order to promote Turkish olive oil. I wondered why ‘Ayvalık would not become like Tuscany?’ As a result of my research there, I was able to bring the technology to my country. The machine we brought is a cold press machine and provides ecological production, which prevents the antioxidants in the olive from vanishing.”

‘Hotel with a concept’

“We export our cold pressed olive oils to European and Far Eastern countries. We prepare special concept designs for these countries. We have a unique hotel, a restaurant, and a farm in Gömeç, Ayvalık, next to our factory. During harvest season, local and international visitors go on tractors to pick olives. We show them the stages of olive oil production, and give them gifts. Our purpose is to promote Turkish olive oil in the international arena and bring to its well-deserved status.”