CULINARY BRIDGE BETWEEN IUE AND FRANCE 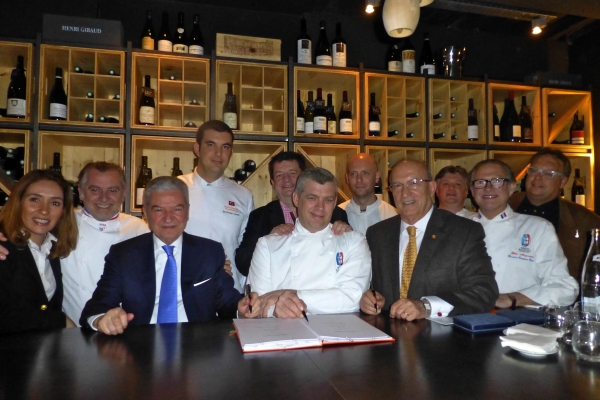 The young chefs of Izmir University of Economics (IUE) will learn the art of cuisine from the world famous chefs of France. Students of Izmir University of Economics (IUE) Department of Culinary Arts and Management will get a chance to receive training for 4 months as part of the agreement made between IUE and Les Toques Blanches Lyonnaises Association established by world famous chefs of France.

The Collaboration Agreement was signed between Ekrem Demirtaş, President of IUE Board of Trustees and Prof. Dr. Tunçdan Baltacıoğlu, IUE Rector, and Laurent Bouvier, President of Les Toques Blanches Lyonnaises Association at Lyon, France.  That way, the young chefs will learn about the tips about their professions from the awarded chefs on-site at Michelin starred restaurants. In return, French chefs will teach at IUE. The Project will be carried out by Sırma Güven, Coordinator of IUE Department of Culinary Arts and Management, and French Michelin Starred Chef Joseph Viola. The Agreement also attracted strong interest from the French media.

President Ekrem Demirtaş, in his speech about the collaboration agreement, stated, “Izmir used to be called ‘La Petite Paris’. Now, thanks to our student chefs, we are going to promote our own Aegean flavours in France. Now, they will be talking about Izmir. We are constantly trying to make sure that our students benefit from universal education opportunities. Students of Culinary Arts, while learning about Turkish and world cuisine on one hand, will be exposed to the technicalities of the profession on the other hand. Each year, a total of 10 students will do a paid internship at Michelin starred restaurants in Lyon, Paris for 4 months. Each internee will be awarded a Les Toques Blanches Lyonnaise Association certificate and a reference letter from the Chef of the restaurant where the internship was performed at.”

Meanwhile, IUE Rector Prof. Dr. Tunçdan Baltacıoğlu indicated that the agreement would be good for 3 years and extended if desired. Prof. Dr. Baltacıoğlu said, “Our students will learn about world cuisines on-site with these internship opportunities. The agreement also calls for French chefs to teach at the University alternatingly. We aim to make similar agreements with chefs of other world famous cuisines also. We already started to work on this.”

Laurent Bouvier, President of Les Toques Blanches Lyonnaises Association, also stated that Turkish Cuisine was very exclusive and that the interaction would be very beneficial for both countries’ cuisines. Bouvier indicated that the collaboration would allow Turkish Cuisine to have Michelin starred chefs. 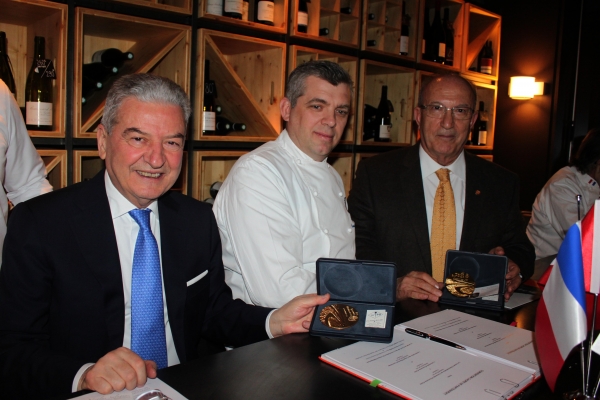 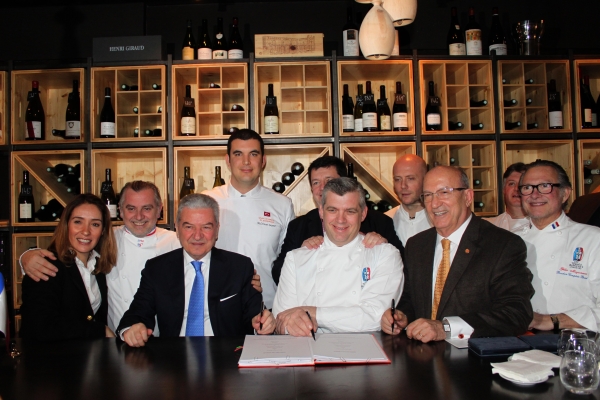 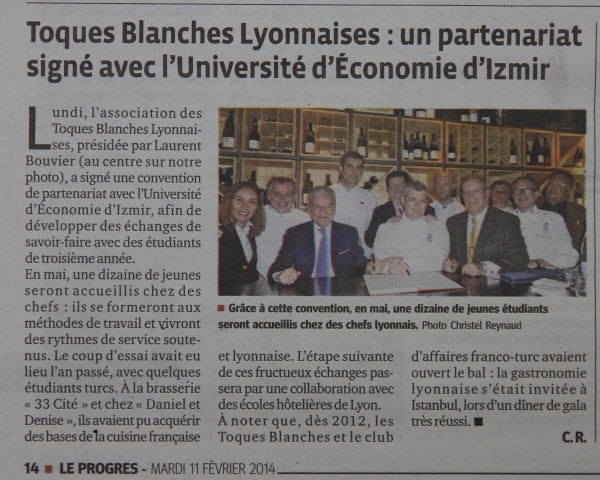