THE ROAD TO SUCCESS WITH IZMIR UNIVERSITY OF ECONOMICS ALUMNI 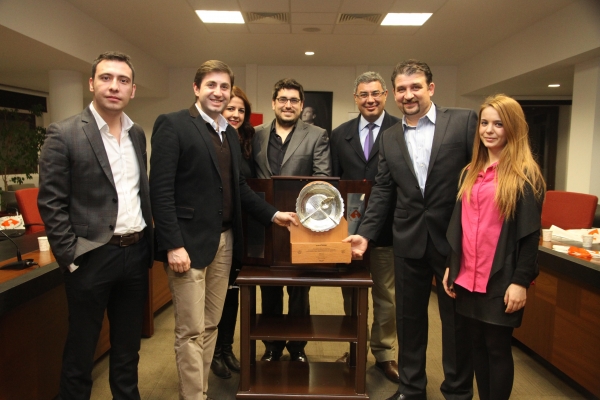 Volkan Ersoy, manager of the world famous chain restaurant Denny’s, stressed that  people should be doing a job they enjoy, and any job not appealing to emotions would not result in success.  Ersoy, who was invited to Izmir as a guest speaker by Izmir University of Economics (IUE) Alumni Association, shared his work experiences with the alumni. He said that he started his restaurant career as a janitor and climbed his way up to being a manager, and suggested that they should go after their dreams.

Ersoy mentioned that he moved to the United States 24 years ago, and he studied and worked at the same time. “If Izmir University of Economics existed 24 years ago, I would not have left here. Any student studying here is an entrepreneur. You will become world famous. It is not possible to learn about everything. Work toward finding the job you love. If you do that, you won’t feel like you work at all,” said Ersoy.

He told the youth not to be afraid of making a move, and that fear brought failure. Ersoy said, “If you want to succeed, don’t be afraid to make mistakes. Everybody can make mistakes until they succeed. If you fail, try again. Focus on solutions. There is no gain without risk. Failure is not a choice. Do not ever be ashamed of working.”

Ersoy stated that kids in America started to work at the age of 17, 18, however the same situation was a source of shame in Turkey. He said that not beginning entrepreneurship in early ages should be considered shameful in fact.  Ersoy said that Harland David Sanders, the owner of the KFC brand, was given a chance by a restaurant owner which in return resulted in creating his own brand. “Everyone makes plans for the future. Do you ever write down your plans on a piece of paper? You should ask yourself what you do to realize these plans from time to time. If your plans are not on the paper, then they exist in a dream world. You should be constantly improving yourself. You should consider education even after you graduate. No matter where you are, it is extremely difficult to start your business from scratch. You should consider the alternatives. You may become a franchisor or create your own brand,” said Ersoy.

‘Pros and cons of franchising system’

Ersoy gave information about franchising system and said that stores would want to enter the market in new countries strongly, and they even open 10 stores at the same time in 3 big cities. He said that entering the sector with a well-known brand and focusing on that would bring success. Ersoy stated the following:

“There’s a turnkey system. They provide everything. The cost for raw material you’ll sell decreases. They provide training for your personnel. You get an immediate return for your investments. They make serious research on selecting the location. They make a profile of the residents there, search about potential customers. In addition to these pros, you may feel that your freedom is constraint due to brand standards. If you want to go beyond the standards, do not go into franchising. Starting from scratch means investing a lot of money, but taking over a business is the smartest thing to do.”

After the chat, Cengiz Ülgen, President of IUE Alumni Association, and the members of the Executive Board, presented Ersoy a special design plaque with copper plate, fork and spoon on it. 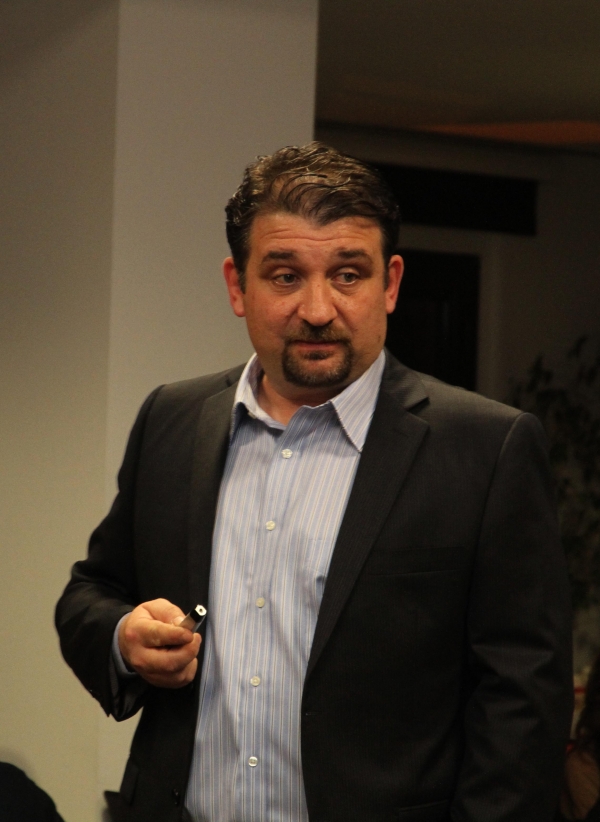 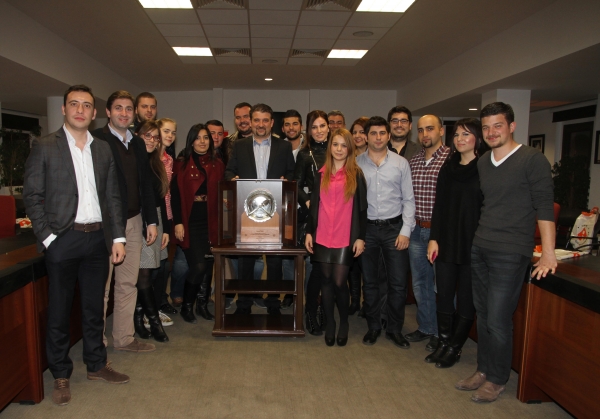