THE YOUTH WANTS TO LEARN FOREIGN LANGUAGE IN A FUN WAY! 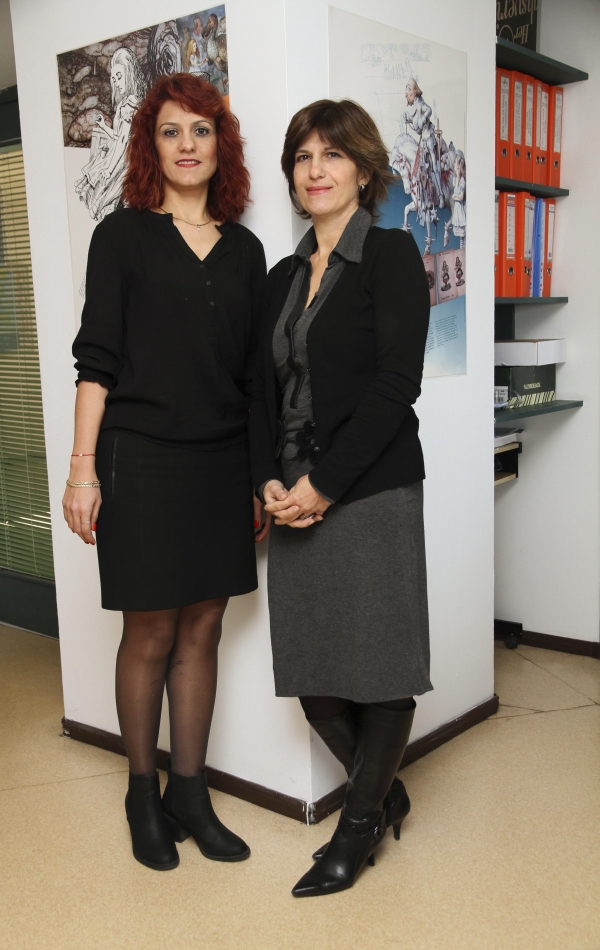 It has been reported that young people learned a foreign language much better through cultural activities. The “Young Europeans Love Languages – YELL 2” Project by European Union Lifelong Learning Programme coordinated by Germany, and England and Izmir University of Economics (IUE) from Turkey as project partners, assessed the best methods for learning a foreign language for the youth. It has been suggested that contests, music, drama, and many other intercultural activities played significant role in learning a foreign language.

Each country established a database as part of the project with the workshops they organized, and these data was collected at a virtual documentation centre at www.yell2-project.eu address. More than 80 'Best Practice' resources from around Europe were gathered together at the virtual documentation centre. The number of registered network members has grown from 52 to 206 within the YELL Project.

‘Learning a foreign language should not be a burden anymore’

Asst. Prof. Dr. Üstünlüoğlu stated that through the YELL Project language trainers from all across Europe shared formal and informal activities they used in their classrooms. She said, “This project was established in order for language teachers and language learners to share their activities and to improve themselves. Many problems such as inability to speak, or lack of grammar are experienced when learning a foreign language. The purpose of the workshops conducted in Germany, England, and Turkey, was to reveal the most efficient methods in teaching a foreign language. Based on the feedbacks we received, contests, music, drama, and many other intercultural activities played significant role in learning a foreign language, and methods and curriculum were established regarding these activities.”

Asst. Prof. Dr. Evrim Üstünlüoğlu stated that taking the YELL2 principle of sharing Best Practice amongst language professionals, the project team have designed a Professional Development course for those working in foreign language education. Üstünlüoğlu indicated that the course which will be hosted in Malaga, Spain, will bring together language professionals, she said, “We focused on developing core skills and methodologies within the teaching and learning of languages. The purpose was to inspire language learners of all ages to use innovative methods and creative approaches. The outcome of this international project was a successful one.”

‘Beneficial to both students and teachers’

Vice Director Asst. Prof. Dr. Bahar Gün stated that a “Virtual Documentation Centre” as part of the project was established and she stated the following:

“The Virtual Documentation Centre is an on-line database of examples of Best practice in the field of innovative and creative ways of language learning in non-formal and informal contexts, selected by the partners of the YELL project. We carry out this project with VHS Language School from Germany and LEAP Language School from England. Here you can look up interesting language methods, learn about new language learning ideas and teaching concepts or find innovating educational tools. Language teachers and learners can take advantage of these resources by joining the YELL2 web site.”

Excellence of the Month: Paris Show

The starting point for this exciting approach was to move beyond the grammar of the language and to indulge in the rich visual and cultural learning material offered through the medium stage shows.

In this example provided by the French language department at Izmir University of Economics, the show theme was Paris (see the approach in action on YouTube). Once this was decided the learners were tasked with engaging with existing French musicals, listening to the original songs (it is important that the lyrics are understood), working with pronunciation and observing the visual styles that reflect many cultural aspects of the location and period.

Once individual learners were assigned their roles as part of the production team (not everyone is a performer, so identifying other inclusive roles is important) the processes of designing, making, rehearsing etc. began. For the majority of the time instruction, guidance and support was provided in the target language, promoting an authentic and spontaneous use of the language.

In this featured example support was co-opted from the institute's music group, which had the added benefit of achieving an element of content, language and integrated learning (CLIL).

The final show was performed to a live audience and presented as a Parisian experience, going a long way to promoting an understanding and appreciation of French language and culture. The approach is inclusive and offers a lot of opportunities for differentiation within learner groups.

The project was successful in reaching the goals of easing, and popularizing the language learning and motivating the students, teaching the country and the culture of the target language entertainingly, training innovative, socialized, sharing, and self-confidant individuals, and building the desire to learn foreign languages.