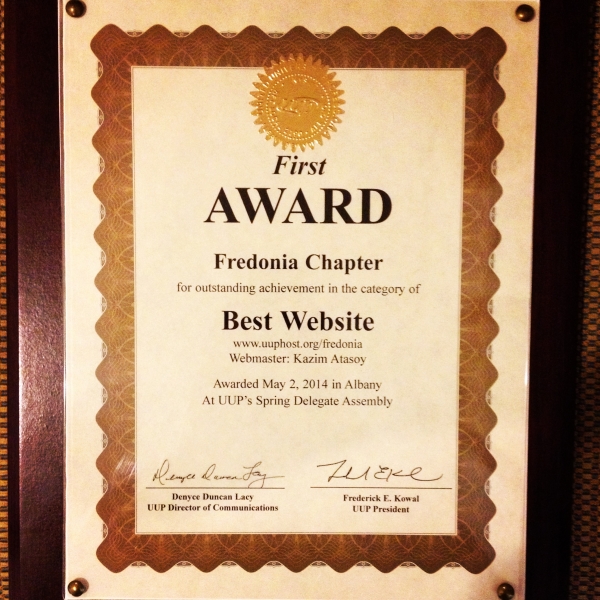 Kazım Atasoy, senior student at Izmir University of Economics, Department of Computer Engineering, received an award for the web site he designed while he studied at State University of New York, Fredonia Campus as part of the dual diploma program.

Atasoy, student of SUNY Computer Engineering Dual Diploma Program, received the “best web site” award for his design for Fredonia Centre of United University Professions (UUP). Atasoy, who attended the Spring Delegate Assembly Awards contest of UPP’s, received his award at the ceremony that took place at Albany, New York. Atasoy stated that with his word press based site, the purpose was to publish the news of UUP SUNY Fredonia Chapter.

Atasoy said that thanks to SUNY Program, he was about to graduate with dual diploma both in Turkey and US. “I had the privilege of studying at 2 different countries and 2 different universities. I studied 2 years at Izmir University of Economics, and 2 years at State University of New York, Fredonia Campus. I tried to make best of my time in America, I am very glad to be returning with an award,” said Atasoy. 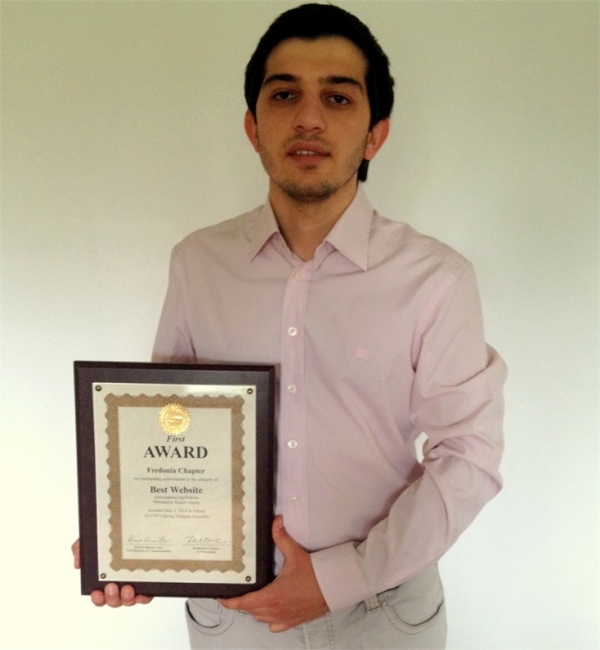