MOODS OF WOMEN PROJECTED ON THE DOLLS! 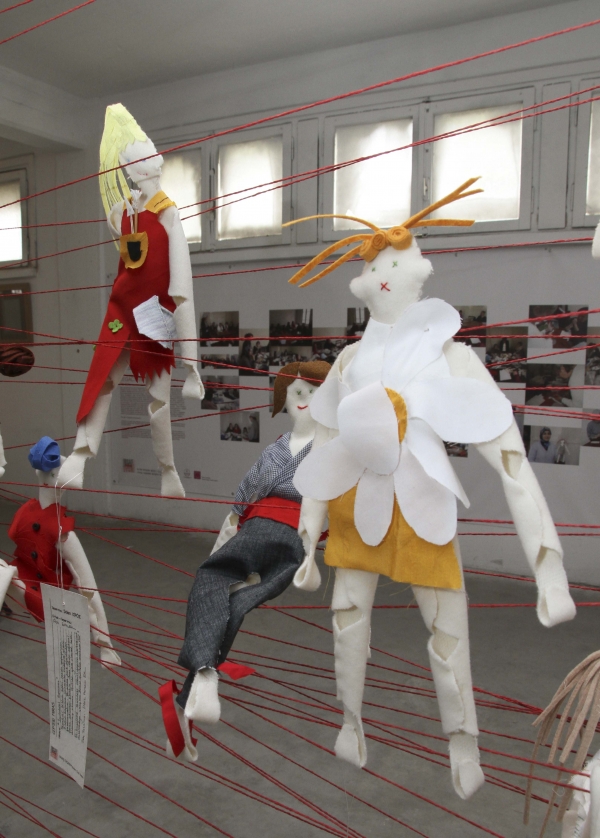 The cloth dolls reflected images of women. Assoc. Prof. Dr. Şölen Kipöz, Lecturer at Izmir University of Economics, Faculty of Fine Arts and Design, Department of Fashion and Textile Design, took part at the third Triennial of Contemporary Art Port Izmir titled “IT’S ENOUGH”, with her exhibition named, “Cepteki Miras”.  Assoc. Prof. Dr. Kipöz, who included members of Ödemiş Women’s Coop in her project, stated that the women projected their own stories on the dolls.

Assoc. Prof. Dr. Kipöz said that she got inspired by the book of Clarissa Este, “Women Who Run with the Wolves”, where the dying mother leaves a doll cloth to her daughter. “As four female designers, we decided to focus on female body phenomenon as part of the Triennial. I created my project based on body, memory, and clothes. I decided to create my own cloth doll getting inspired by the story with the intention of caring about local values. I remembered about Şebnem paper dolls that I used to play with when I was a little girl. I made one piece dolls with soft skin like women’s where they can bend at the joints, I dressed them. I searched for the answers to questions such as ‘Who is a woman, how many women come out of which layers’. Later on, I met the members of Ödemiş Women’s Coop and asked them to reflect their stories on the dolls. The outcome was a very unique study,” stated Assoc. Prof. Dr. Kipöz.

Some projected sorrow, some did happiness

Gülsün Ergin, a member of the Ödemiş Women’s Coop, who participated in the project, indicated that she wanted to project happiness. Ergin said, “I feel very happy when I work at the coop. I blossom like a daisy and I wanted to reflect this upon the doll, so I seamed a dress with daisy patterns on it.” Another member, Gülen Arkant indicated that they loved creating the dolls as producing women. She stated that she wanted to emphasize the insincerity of the present time in her doll.