NEW GRADUATES FOR DEVELOPMENT OF THE COUNTRY! 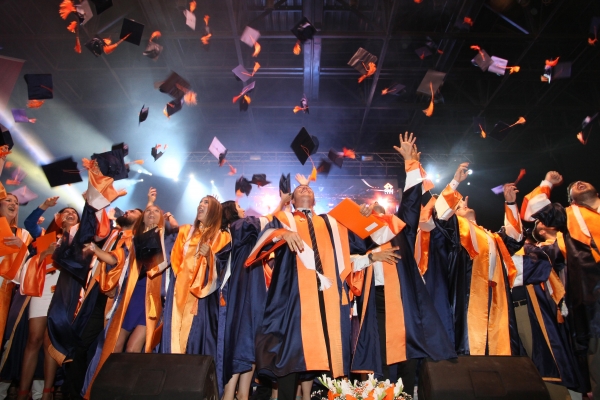 2014 graduates of Izmir University of Economics (IUE) started their journey as the new soldiers of business life. One thousand 52 young individuals who completed their successfully in 2013 – 2014 Academic Year, received their diplomas at the ceremony that took place at IUE Amphitheatre. At the end of the ceremony, the graduates proudly threw their caps into the air as they sang the 10th Year Anthem. Ekrem Demirtaş, President of IUE Board of Trustees, stated that they graduated one thousand 52 Soldiers of Mustafa Kemal, and sent them off to battle of life for the development of the country.

Damlasu Arol, top student of the University who graduated from Department of International Trade and Finance, attached a star on the commemorative symbolic log with President Demirtaş and IUE Rector Prof. Dr. Oğuz Esen at the ceremony. Onur Dereli and Kutlu Kağan Türkarslan, respectively the second highest and third highest ranked students, were also presented their diplomas and plaques by Demirtaş and Prof. Dr. Esen. Graduates of post graduate programs, Faculties of Business Administration, Communication, and Vocational Schools were also granted their diplomas at the ceremony. Assoc. Prof. Dr. Çiğdem Kentmen Çin, who has been awarded the “Distinguished Young Scientist Award (GEBIP), 2014” of the Turkish Academy of Sciences (TUBA) in the field of political science, also received a plaque from President Demirtaş ve Rector Prof. Dr. Esen.

President Demirtaş, in his speech, stated that they believed the graduates would definitely be successful. He said, “Today, one thousand 52 Soldiers of Mustafa Kemal are graduating. We are sending them off to battle of life for the development of this country. Our academicians did everything they could for them. We are going to be supporting them after school life as well. We wish them all the best. May God speed them on their journey.”

IUE Rector Prof. Dr. Oğuz Esen pointed out that graduating from university was only one part of learning and training process. He said, “Do not ever forget that learning is a lifelong process. Improve your knowledge and skills attainments through post graduate studies. Einstein says seeing the school simply the instrument for transferring a certain maximum quantity of knowledge to the growing generation is a mistake. Knowledge is dead; the school however, serves the living. We tried to raise you as independently acting and thinking individuals away from any kind of dogmatic thoughts. These attributions as well as your diplomas will guide you in business life.”

Cengiz Ülken, President of IUE Alumni Association, stated that the graduates would represent their education strongly both in national and international business. The top student Damlasu Arol said that she believed they would, as the youth, overcome all the obstacles one at a time for an individual and social freedom and welfare. Arol said, “I have full belief in bright future of Atatürk’s Turkey, protecting this trust, and finding solutions to criticisms we make. I will be a useful, helpful citizen creating a value.” 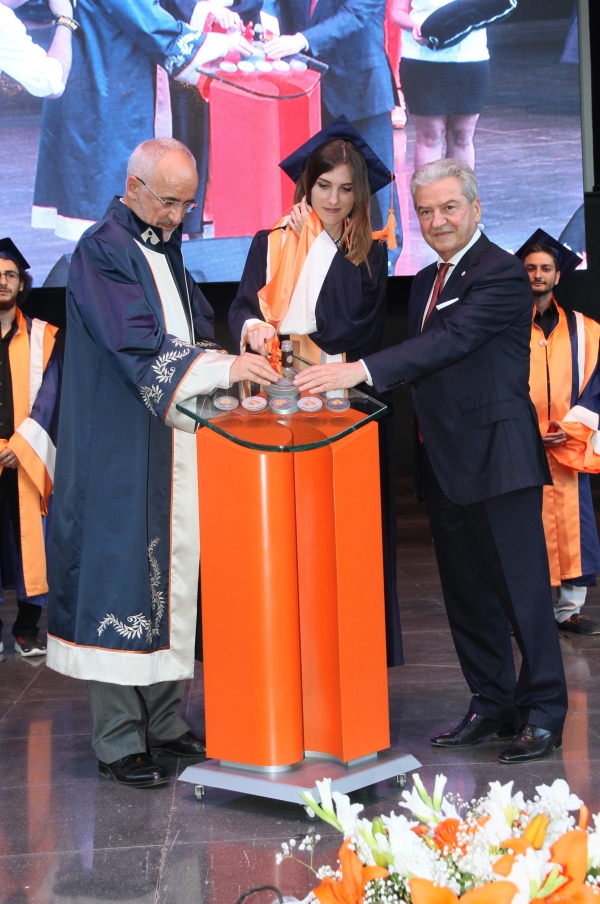 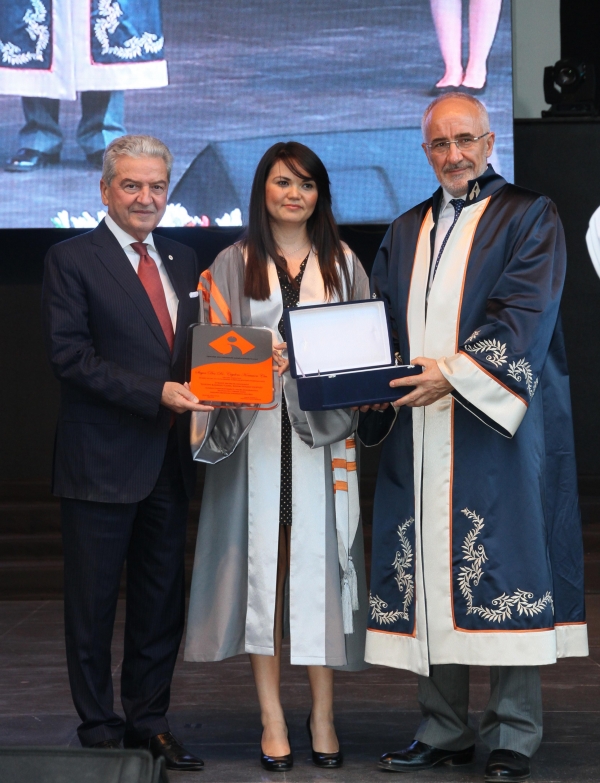 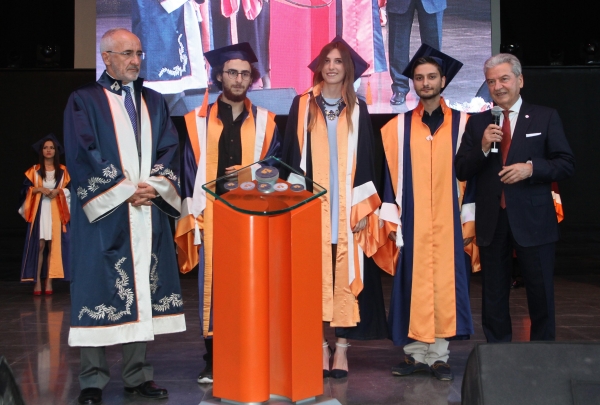