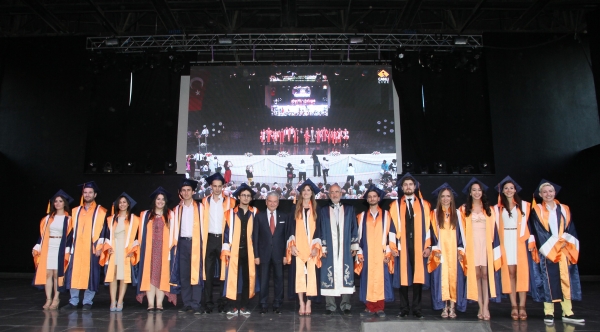 IUE Graduates of Faculties of Engineering and Computer Sciences, Fine Arts and Design, Arts and Science, and School of Applied Management Sciences, who successfully completed their studies in 2013 – 2014 Academic Year, were granted their diplomas. The students threw their caps into the air as they sang the 10th Year Anthem at the second of the graduation ceremonies that took place at IUE Amphitheatre.

Ekrem Demirtaş, President of IUE Board of Trustees, stated that the first priority of the graduates would be to follow in Ataturk’s footsteps. “We are sending our graduates off to battle for the economic victory of Turkey. We provided them with all the information we could. Their first priority for this country would be to follow the footsteps of Ataturk,” stated President Demirtaş.

President Demirtaş mentioned that many of the students have filled them with pride with their first prize awards. Demirtaş said, “Their achievement plaques were presented in the exhibition area. None of those were achieved easily. Yes, there are certain number of students who were awarded first prizes but apart from that all our students are successful compared to the students of other universities. We have a brand new accomplishment today. We rank among the first 10 universities in Turkey in ranking of economic publications. I would like to congratulate and extend my gratitude to our faculty. Thank you for entrusting us with your children's education.”

IUE Rector Prof. Dr. Oğuz Esen also stated that they worked hard to raise the students as independently acting and thinking individuals away from any kind of dogmatic thoughts. President Demirtaş and Prof. Dr. Esen presented the diplomas and plaques to top ranking students, and got pictures taken. 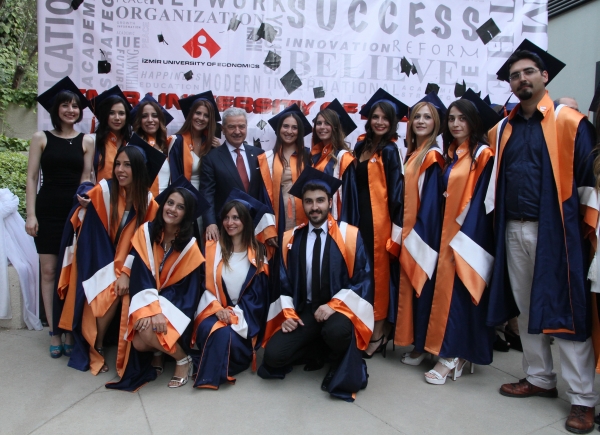 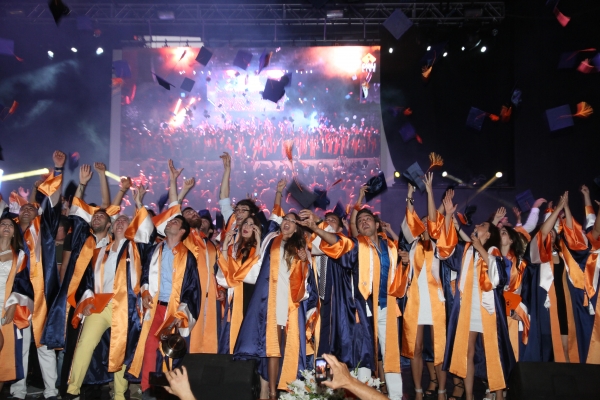 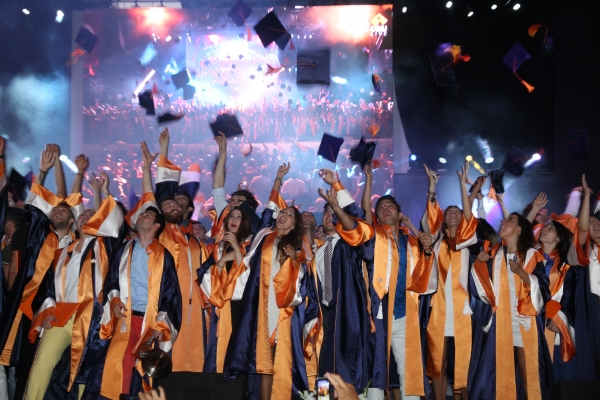