TURKISH ECONOMY ON A KNIFE EDGE 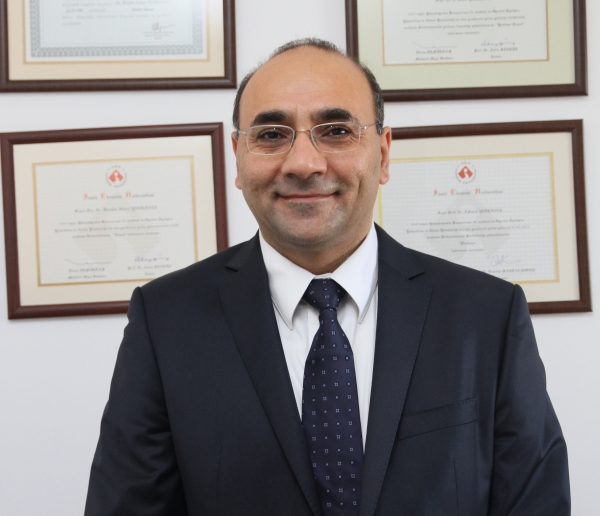 It has been stated that Turkish economy was going through an endurance test, and general elections in 2015, following the Presidential elections that will be held next week, will be subject to two major uncertainties. The experts stated that the answer to the question whether the economy management would be reshaped or not was looked for especially, and they indicated that  Turkish economy would be always on a knife edge due to political and external developments between the two elections.

Prof. Dr. Hakan Yetkiner, Vice Dean of IUE Faculty of Business Administration, pointed out that the uncertainty regarding the presidential election was not about who would become the next president, but rather who would be the next prime minister and how the cabinet would be formed. Prof. Dr. Yetkiner said that the general elections planned for June 2015 would bring along a critical political uncertainty. He said, “The answer to the question of if Prime Minister Erdoğan is elected as the next President, how successfully the next Prime Minister to take over and the ruling party will represent at the 2015 general elections, is not known by the market right now. The fact that whether the new prime minister will be able to maintain the ‘powerful leader powerful economy’ argument which the society started to adopt in the last ten years is totally uncertain.”

‘No Wedding Parties between Two Elections’

Prof. Dr. Yetkiner mentioned that the Turkish economy was very responsive to the changes in the USA monetary policy due to the chronic current deficit problem. Yetkiner stated the following:

“USA is leaving the expansionary monetary policy it has been implementing since 2008 step by step. As a result of this, the interest rates will increase in USA sooner or later, which will cause countries such as Turkey, who needs foreign savings due to current deficit, to get in deeper debts. And in parallel to this, cheap foreign currency era will come to an end. Of course, no one can tell when the interest rates will start to increase in USA. Likewise, it is not possible to predict the policy the US Federal Reserve (FED) will develop when this happens. However, there is something definite that Turkish economy would be always on a knife edge due to political and external developments between the two elections. Nobody should expect Turkish economy to achieve high performance due to political uncertainty created by August 2014 Presidential and June 2015 general elections, and possible structural changes to occur at the rest of the world. No weddings take place between two elections.”

'Economic Growth Will Be Low’

Prof. Dr. Yetkiner indicated that the economic growth rate of Turkey between the two election periods would be low compared to past years, and that not a major increase in consumer spending was to be expected either.  “We see that the effect of constraints brought upon credit card market in the beginning of 2014 on the increase in consumer spending is limited. Even though the high consumption rate is beneficial for the economy in the short run, it pauses a risk for the Turkish economy on the long run since this consumption is possible through cutting down on the savings.   Investors, especially the ones who do not like to take risks, would leave their investment decisions in a limbo. Public spending is expected to increase during this time. This increase will reduce the negative impact to be caused by the decrease in special investments. The unemployment rate is expected to be released about 9% to 10%.”