BIKES FOR IZMIR FROM JAPAN 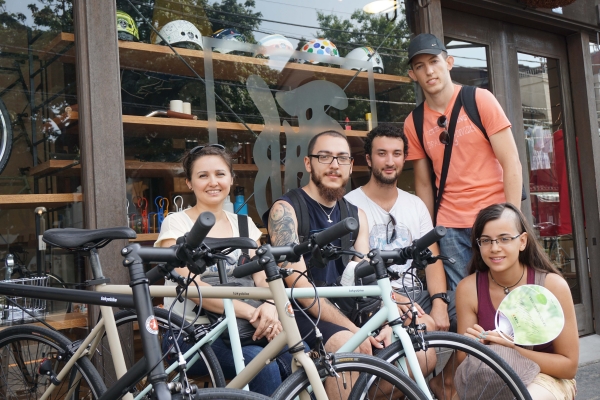 Turkish and Japanese students designed electric bicycles for Izmir. Izmir University of Economics (IUE) and Shizuoka University of Art and Culture (SUAC) Department of Industrial Design students designed electric bicycles for different uses by tourists, stallholders, garbage collectors, and university students. Students of IUE, whose travel to Japan funded by Izmir Chamber of Commerce Education and Health Foundation, were offered to perform their internships at Suzuki in the coming semesters.

‘Unique Designs for Everyone’

Derya Irkdaş Doğu, who gave information about their project, said that students, in 4 groups, worked on bike designs for different users where companies Suziki and Yamaha were also involved. She said that the students visited the production sites of these companies. Doğu stated the following:

“Our students had the opportunity to use the electric bicycles designed and developed by Yamaha at the same time. Following the presentation by companies and IUE students on Izmir and biking in the city, the groups developed electric bicycles services and business models. The students designed bikes for picking up garbage in Konak, for tourists arriving at Izmir port, for stallholders who want to take their produce to the markets, and for university students for easy transportation.”

Doğu mentioned that Suzuki and Yamaha company representatives were also present during students’ presentations and they offered internships for IUE students at Suzuki. Doğu also stated that they decided to co-work with Shizuoka University of Art and Culture on different projects.