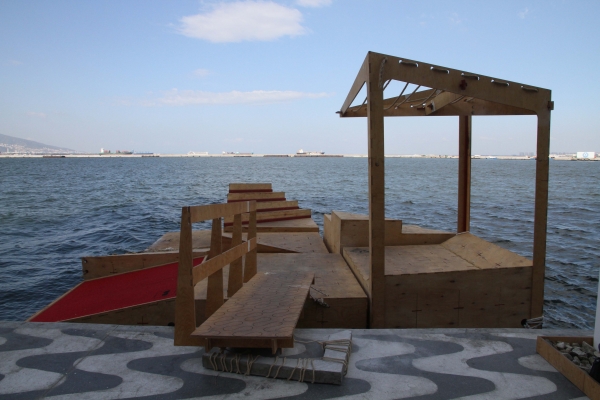 “The Floating Docks”, which was designed as a proposal to diversify the use of coastlines of Turkey, became in second place at the “2014 World Cities Day Challenge” which was co-organized by UN-Habitat and The Guardian. The dock, which was designed by Gudjon Erlendsson, Can Sucuoğlu, and Elif Ensari, Lecturers at Izmir University of Economics-Department of Architecture and Ertunç Hünkar, Graduate of Izmir University of Economics-Department of Architecture, with the support of Izmir Chamber of Commerce, competed against 36 countries. Porto Alegre, Brazil became in first place, in third place, there was a three-way tie between Bogoto, Colombia, and London and Nottingham, England.

Lecturer Gudjon Erlendsson stated that the dock attracted great attention while on display in Izmir. He said that they attended the “2014 World Cities Day Challenge” which was co-organized by UN-Habitat and The Guardian, and became in second place. Erlendsson stated the following:

"In developing countries such as Turkey, many of the planning and design decisions are given by higher authorities as directives. This approach brings along major projects that cannot be designed. We believe in working with totally contrast scales in design and city planning. Floating docks are cheaper, faster, and easier alternatives to designing public spaces. The project intends to diversify the use of coastlines by creating floating, exclusive spaces. One design from Istanbul and two from Izmir attended the challenge. We proudly represented Izmir, Turkey among competitors from 36 countries and got second place at the World Cities Day Challenge.”