SENTIMENTAL 10TH OF NOVEMBER AT IZMIR UNIVERSITY OF ECONOMICS 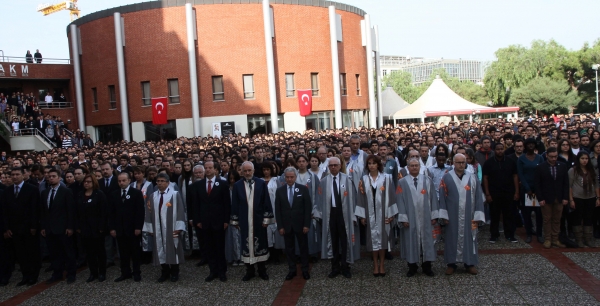 The Great Leader Ataturk was commemorated on his 76th anniversary of death at Izmir University of Economics with a large crowd of academicians and students. Ekrem Demirtaş, President of IUE Board of Trustees, Prof. Dr. Oğuz Esen, Rector of IUE, academic and administrative staff, and students attended the ceremony that took place at IUE Ceremony Field. After observing a moment of silence and singing the National Anthem, President Ekrem Demirtaş and Rector Prof. Dr. Oğuz Esen laid wreath at Ataturk Monument. At the end of the ceremony, academicians and students left carnations at the monument.
President Ekrem Demirtaş, “We owe our very presence and living in a democratic Turkish Republic to Ataturk. At a time where economy was not even global, Ataturk summarized the whole realism by saying, ‘Economy means everything’. With great respect we will remember him.”

Rector Prof. Dr. Oğuz Esen, in his speech, pointed that Ataturk was a leader aware of the liberating aspect of education. “Kemalist Thought System, which is a person- centred model, is based on recognizing that humans are valuable and important. It is centred around the belief that humans should have the power to determine their own lives based on intelligence, science, and knowledge. As Izmir University of Economics, we firmly try to follow the footsteps of Mustafa Kemal Ataturk since the very first day of the University’s establishment. I would like to point out that we are more determined than ever, and our belief in steps to science and knowledge has increased more,” stated the Rector.

Mehmet Kılıç, President of IUE Kemalist Thought Club, who delivered a speech on behalf of students, said that they pledged to defend Ataturk’s revolutions and his Republic to the end. Kılıç stated the following:

“Being worthy of the Republic means to enforce its will and ideals. We realize that from time to time we fail to fully understand Mustafa Kemal Ataturk, the leader of our independence and the values of the Republic. If we see darkness, we need to work harder to lighten it. Reading alone Ataturk's address to the Turkish Youth is not enough; we need to comprehend Ataturk’s mentality completely. In other words, we need to make it more understandable by everyone.” 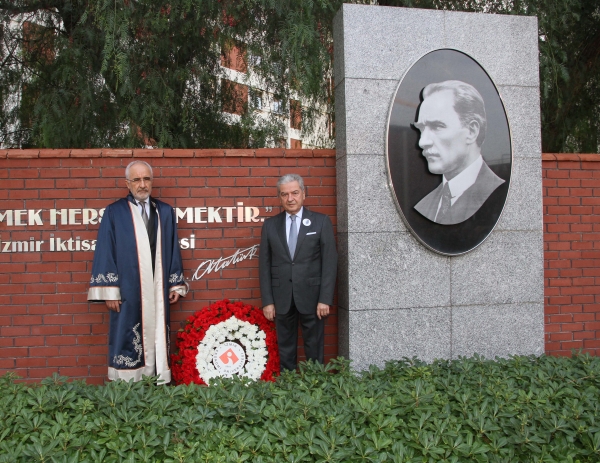 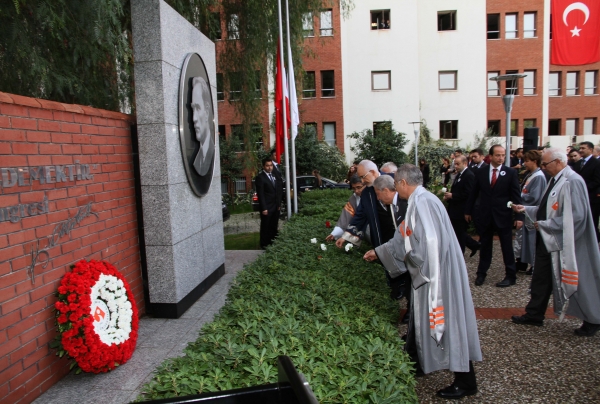 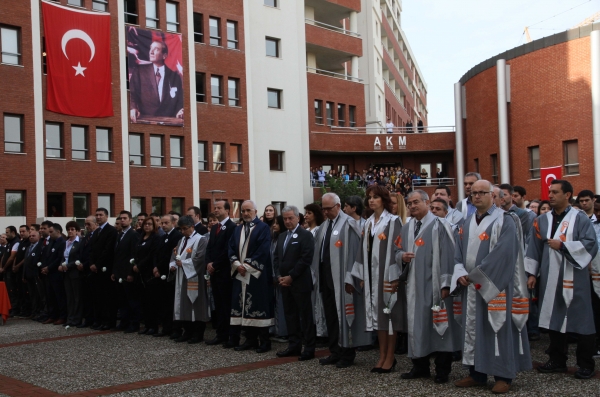