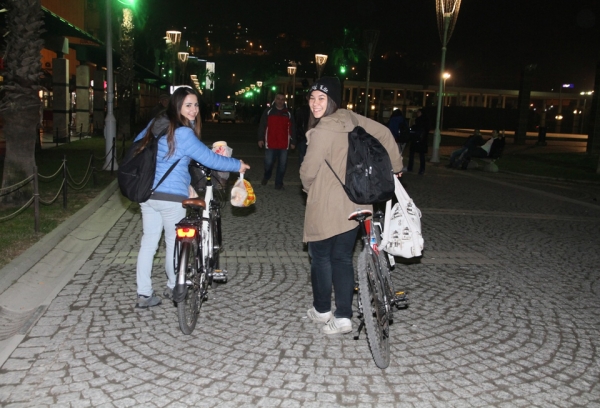 Cold winter nights are getting warm with “Çorbada Senin De Tuzun Olsun” (have a hand in) campaign intended for mainly homeless people and everyone that has to work outdoors. Ece Altınörs, Student at IUE Department of Computer Engineering and Sibel Arslan, Student at International Trade and Finance, bicycle through the streets of Izmir and put a smile on faces who are in need.

Calls by Altınörs and Arslan on social media got answered, a restaurant located in Üçkuyular agreed to make the soup to be handed out. Altınörs and Arslan fill the thermos bottles with soup, get on their bikes to meet with friends and serve out. Students, who reach out to 50 people on average, pay for thermos bottles, paper cups, bread, etc. on their own, and do not accept any funds. They post on social media occasionally and get support for materials.

Ece Altınörs said, “We got inspired by a social campaign in Istanbul. We are students who live with their families in Izmir. There are many people who have to work outside on cold weather. We initially started by purchasing two thermos bottles with little bit of money we had in our pockets.  We are increased in number now. We get hot soup from a restaurant every day for free. People who follow us on social media want to have a hand in as well. There are people who have to live on streets. We tour around the streets of Izmir with our bicycles to help them.”

Sibel Arslan stated that they started out in Üçkuyular, then took the metro to Konak and reached to Çankaya, Basmane, and Alsancak with their bikes. She said that other university in different parts of the city also started to participate in the campaign which would last until the end of March. Arslan said they covered more places in a less amount of time and reached out to more people that way. Arslan stated the following:

“Materials we need to carry easily fit in our backpacks and in the bike baskets. Some people who don’t have bikes do it on foot. Posting on social media, we reached out to a substantial number of people. Now we get to organize groups of friends in their own neighbourhoods to do the same thing. The second team after us had been Bornova team. We don’t collect hard cash but we are always in need of more paper cups and thermos bottles, and try to post these on social media often.” 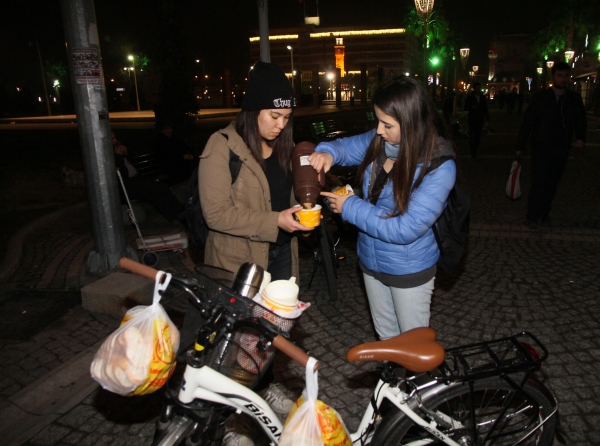 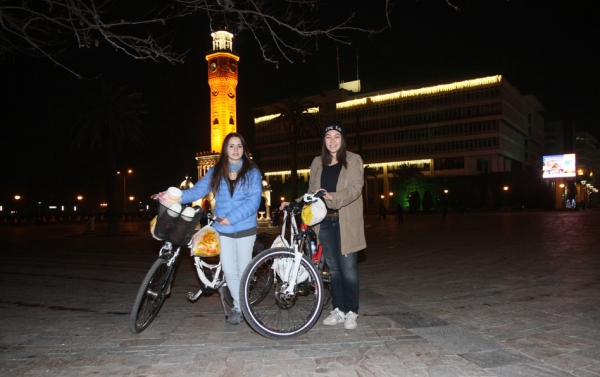