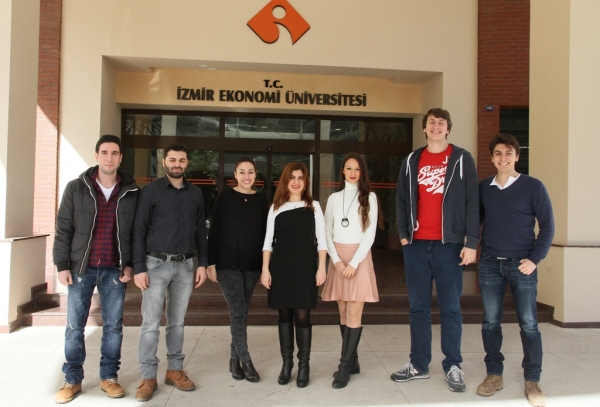 Different cultural influences are reflected in shopping. The study reveals that Turks go shopping without a shopping list and buy whatever they like whereas Germans go on a more planned shopping. The survey titled, “Consumer Logistics in Turkey” which is co-conducted by Izmir University of Economics, Department of Logistics and University of Bremen, Department of Logistics, compared the shopping habits of the two countries. According to the survey, Turks do impulse buying while Germans make a shopping list and stick to that list.

The research group of Asst. Prof. Dr. Işık Özge Yumurtacı, Lecturer at IUE Department of Logistics, and students Begüm Çolak, Alirıza Demirelli, Kübra Göksü Köstepen, Ümit Irat, Serkan Tamer, and Onur Tuna, did a survey on how shopping was done in Turkey and whose responsibility it was. One-on-one meetings with family members revealed that Turks did not make a shopping list, and they purchased whatever they saw, or liked. The survey led by Prof. Dr. Herbert Kotzab, Head of Department of Logistics of University of Bremen, and Research Assistant Jon Meyer in Bremen showed that Germans knew what to buy and they made a list of their basic needs.

'Germans are systematic, Turks are spontaneous'

“We conduct interviews regarding the different shopping habits of Turkish society and German society. German citizens have a more planned and systematical shopping habit. They know what to shop for and how to shop for. Germans regularly plan for shopping while Turkish citizens go shopping on a needs basis. Most of them don’t plan, and purchase what they see. They act on impulse.”

'Turks are attracted to sales'

Yumurtacı pointed that Turks acted more flexible and spontaneous when it came to shopping. “Cultures have an impact on the nature of shopping. Germans prefer to drive to shopping malls close by, they make lists, and however, Turks can easily purchase an item if they like it even though it is not on their list. We plan to extend our research and end it in June. İn second part of our study, we want to work with manufacturers and see their side as well,” said Yumurtacı.