ART INSTEAD OF SUBSTANCE 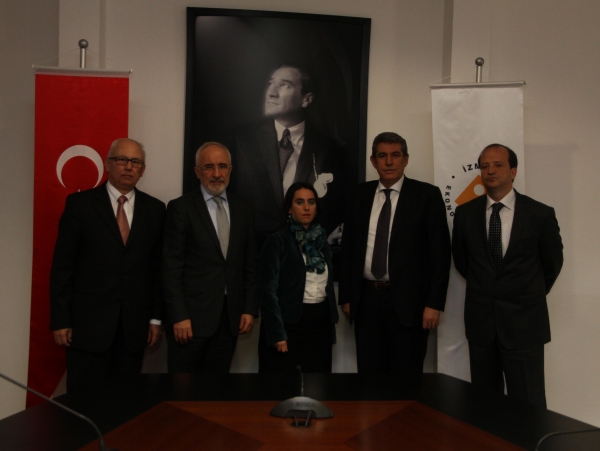 University students’ awareness on substance dependence will be raised through the power of art and music. The partners of “Maddeyle Değil Sanatla Yaşa (Live with Art Not with Substance” Project of Izmir University of Economics, who got granted by Izmir Turkish Green Crescent Society for the most enriched program in terms of content and impact in Aegean Region, will be Balçova Municipality and Etkin İnsan Personal Development Institute.

Mayor Mehmet Ali Çalkaya stated that walls around youth should be bond accurately. Çalkaya said, “Nature has a rule. If you leave a space, someone comes and fills it. There were 60 kids sniffing glues when I took the Office. Now that number almost went down to zero thanks to sports and art. We need to do everything we can to save kids from substance dependency. This region bears significant amount of students. There are approximately 15 thousand students here. We need to be more careful. We need to think about their future.”

IUE Rector Prof. Dr. Oğuz Esen also pointed that substance dependency was the most dangerous thing the youth was facing. He said that universities and local administrations needed to play a major role, and their collaboration with Balçova Municipality would raise awareness about substance dependency among students in a more entertaining way.

Gomalan Brass Group Will Be Performing

Pınar Doğan Yümlü, who gave information about the project, said that Izmir University of Economics was chosen as the implementation place, and their goal was to reach out to entire university students. Yümlü said that the project was one of a kind in Izmir. “World famous Gomalan Brass group, Turkey’s first quartet, Anatolia Horn Quartet group, Grup Turuncu, and Smyrna Latin Band, one of Izmir’s prominent groups, will be performing concerts at IUE free to all university students in Izmir. There will also be workshops on photography, mask making, banner making, etc. There will be a youth festival with exhibitions and seminars where we aim to create awareness about substance dependency through the power of art and music," said Yümlü.

Yümlü stated that the project will be funded by Turkish Green Crescent Society’s Youth Financial Support Program 2014. The experts will be talking about the harmful effects of substance dependency and substance abuse.