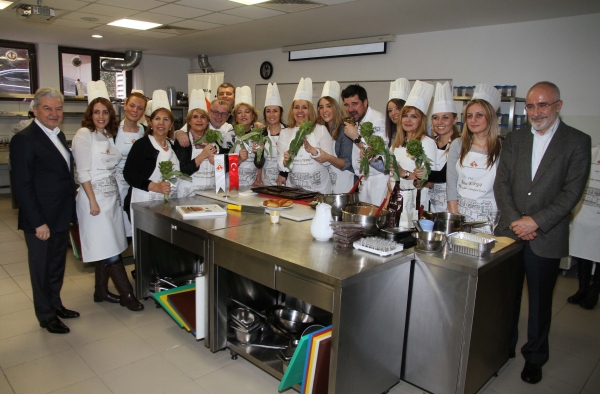 Businesswomen of Izmir participated in a chocolate workshop at Izmir University of Economics (IUE) Department of Culinary Arts and Management with French Chefs Joseph Viola and Sebastien Bouillet on International Working Women's Day. Ekrem Demirtaş, President of IUE Board of Trustees, and Prof. Dr. Oğuz Esen, IUE Rector, visited the women presidents at the workshop where they learned the small kitchen secrets from Viola and Bouillet.

French Chefs Viola and Bouillet, who come to Izmir University of Economics to deliver lectures to student chefs of IUE as part of the agreement made with Les Toques Blanches Lyonnaise, said that they were honoured to spend such a significant day with businesswomen who led the way in development of Izmir. Sibel Uyar, Mayor of Urla, Aysel Öztezel, President of Board of Women Entrepreneurs of TOBB Izmir, Berkay Eskinazi, Chairwoman of Leaders and Contributors Association (LIYAKAT), Işıl Nişli, President of Izmir Office of Koruncuk Foundation, Seda Kaya, Chairwoman of the EGIAD Executive Board, Asuman Nardalı, President of the Council of ITO Businesswoman, Zeliha Toprak, Honorary Consul of France,  Ayçe Dikmen, Founding President of Kültürpark Rotary Club, and Melisa Pala, General Coordinator of Mert Optik have participated in the workshop.

President Ekrem Demirtaş, who presented the certificates to the participants and gave each a scarf with IUE logo on it, stated that it has been such a meaningful activity with the leading businesswomen of Izmir and the French Chefs on International Working Women's Day.

Urla Mayor Sibel Uyar said that they had such a nice day and added that they wanted policy makers to make legal arrangements to increase the punishments regarding women’s rights. Berkay Eskinazi, on the other hand, said that they experienced a different day away from stress and that women were successful in all aspects of life. And Asuman Nardalı said that kitchen was the place where women had to spend time the most, but nevertheless they successfully worked in all aspects of life.

The businesswomen learned to make samples of different French dishes and chocolate desserts under the guidance of French chefs. A student chef from Department of Culinary Arts and Management assisted each participant all day. 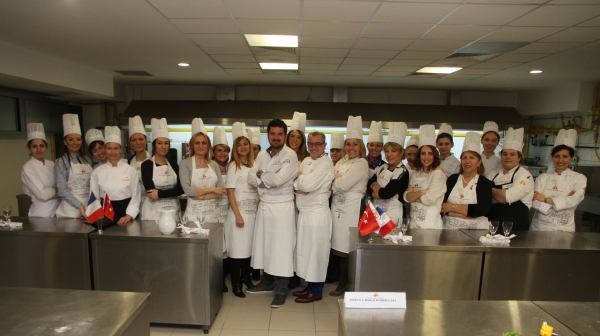 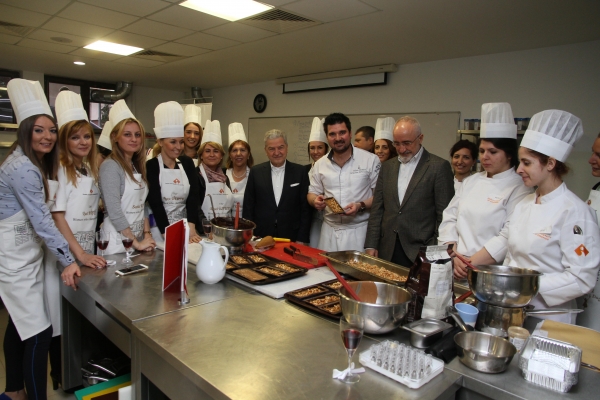 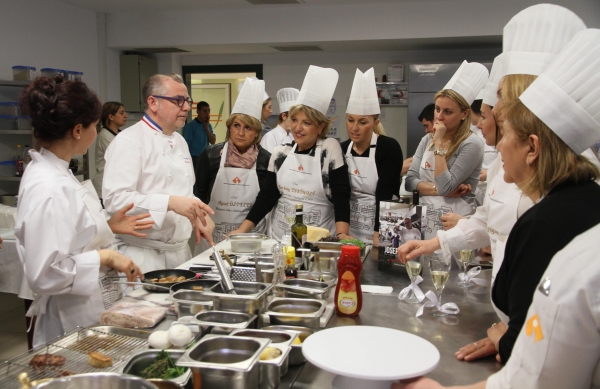