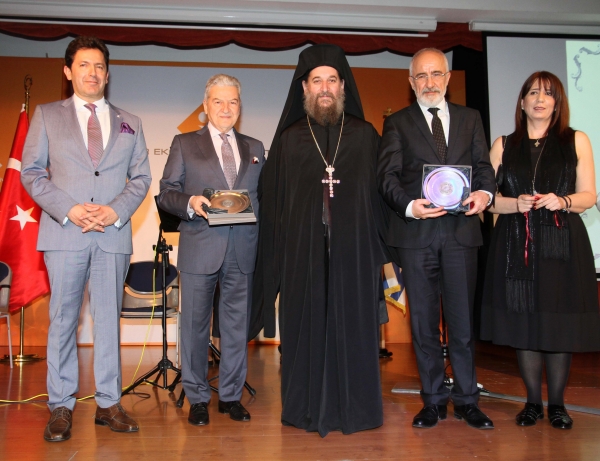 Theodore Tsakaris, in his speech, stated that they gathered to celebrate the national holiday of Greece which was a day associated with many specific historical events. Tsakaris said, "It is the story of Greece declaring its freedom from the Ottomans in 1821. Events change in time wherever people are concerned. We are now in period of peace in Turkish-Greek relations. Tourism, trading volume, and science are increasing. We’ve reached $5 billion trading volume and 1 million 500 thousand tourists are visiting both countries each year."

Tsakaris also reminded that Greek language was offered as a second foreign language at Izmir University of Economics, and that Ekrem Demirtaş was presented an award in Greece for his contributions to improve the relations between the two countries. Tsakaris pointed that great efforts of Chairman Demirtaş were acknowledged and appreciated by everyone even when the relations between the two countries were not smooth.

‘Breaking down the Barriers in Mind Brought Friendship’

President Ekrem Demirtaş said that they were Mediterranean, they were emotional. He said, "There was animosity towards Turkey in the past. I am a live witness to that. I experienced that in the streets, on my visits to the islands. It’s changed so much now. The barriers have been broken. Significant steps have been taken towards friendship.” There are more than thousand Greek companies in Turkey, and Greece offered new opportunities for Turkish investors, said Demirtaş. "We are running a campaign for more than ten years for passenger planes and seagulls, not air crafts to fly over the Aegean Sea. We are destined to live in the same geography. I hope we live in peace and friendship for many years to come,” said Demirtaş.

Teodora Hacudi, Head of Izmir Greek-Orthodox Community, pointed that he was extremely proud to have been chosen as the first elected representative of the community, and concepts such as democracy, freedom, equal rights started with respecting each other.   Pater Kyrillos, Arch Priest of Izmir Aya Fotini Orthodox Church, reminded that Patriarch Bartholomew I had been the guest of Izmir University of Economics, and was presented an honorary doctorate.

Following the speeches, Kyrillos presented Demirtaş and Prof. Dr. Oğuz Esen silver coin issued in honor of Patriarch Bartholomew’s visit to Izmir and a silver plate, replica of the original in Byzantium Museum in Athens. After cake cutting, Group Okeanos and a dance group from Chios Island performed as part of the celebration. 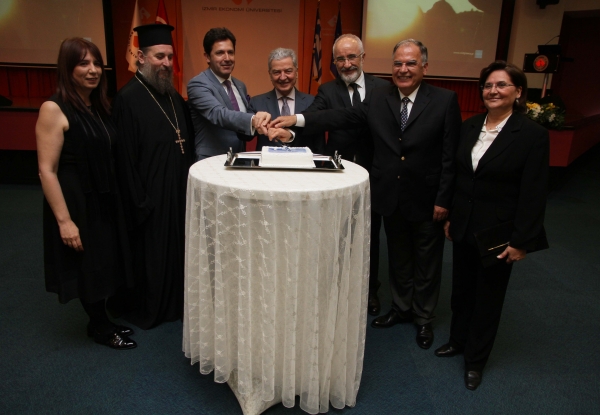 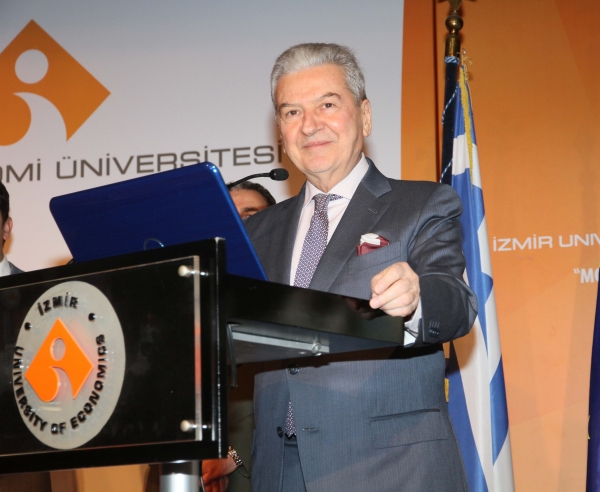 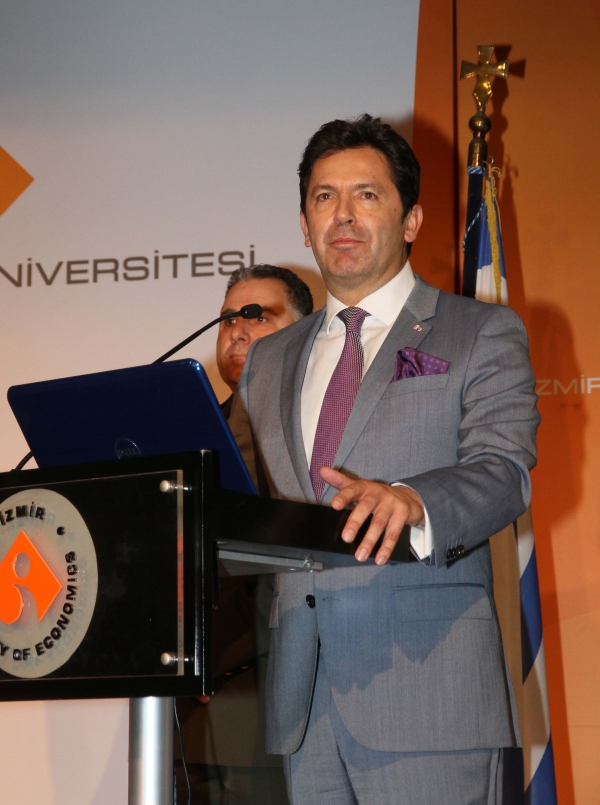