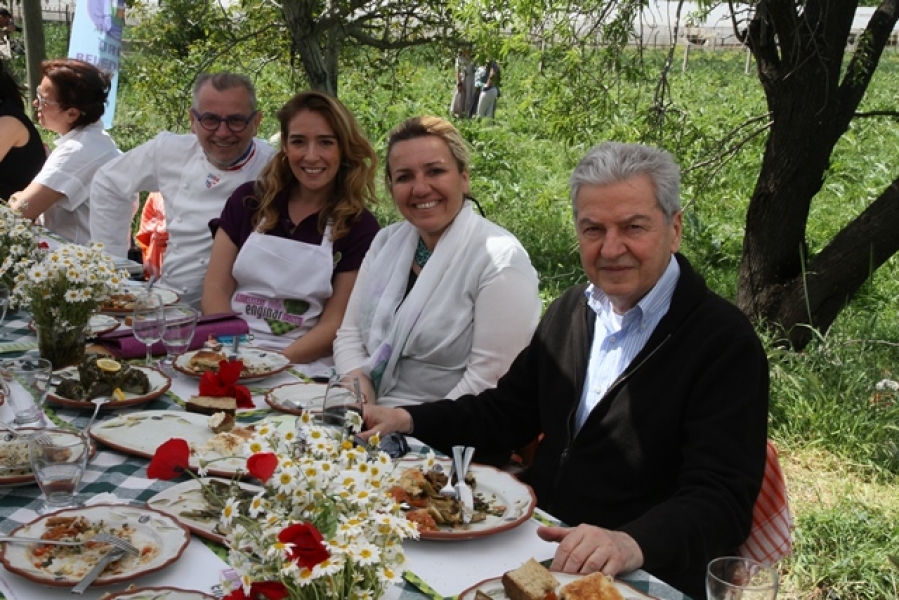 The 1st Urla International Artichoke Festival, organized in order to promote artichoke, hosted thousands of guests in Urla. "1st Urla International Artichoke Festival" co-organized by Izmir Metropolitan Municipality, Urla Municipality, and Izmir University of Economics, involved artichoke recipes contest, tastings, panels, exhibitions, and workshops.
Galip Mendi, Aegean Army and Garrison Commander, Aziz Kocaoğlu, Izmir Metropolitan Mayor, Murat Sefa Demiryürek, Urla District Governor, Prof. Dr. Oğuz Esen, Rector of Izmir University of Economics, district mayors, Urla folks, and many local and international guests attended the opening ceremony of the festival.  Ekrem Demirtaş, President of IUE Board of Trustees, visited the booth of IUE Department of Culinary Arts and Management students, and tasted new tastes at the long table set up in the artichoke field.
Mayor Aziz Kocaoğlu stated that Izmir has joined DELICE Network of Gourmet Cities and he said, “Izmir, with a population of 4 million 150 thousand citizens, gets better in everything. Izmir is improving. Izmir gets better within its limits, its power without spoiling its nature, way of life, and culture.”
"Urla Folks should not sell their land"
Urla Mayor Sibel Uyar said that they wanted to lay bare the powerful cuisine that fit the texture of the city with the festival. “We don’t want the locals to sell off their land, and let villas built on artichoke fields, we don’t want them to become gatekeepers for their own fields, we want our land to stay, and want our children to consume healthy produce,” stated Uyar.
Rector Prof. Dr. Oğuz Esen pointed that the festival was a good example of bringing municipalities, universities, and civil initiatives together. He said, “The secret to getting to know a culture, and to carry it over to other places is cuisine. Students of IUE Department of Culinary Arts and Management are in command of international cuisine in every aspect such as presenting, cooking techniques, etc. But, while doing this, they lay claim to the products of their own land first of all. Students here proved us that they would be the future chefs with the exquisite tastes they provided us with, and lay claim of the products of these lands.”
Great Interest to the Booths
Throughout the festival visitors will be able to purchase artichoke and homemade artichoke dishes at the booths in Malgaca Market. Artichoke themed products are on sale at Sanat Street. Students of Izmir University of Economics and Trainer Chefs Selcen Dabağ, Semen Öner, and Melih Demirel gave very interesting and delicious artichoke recipes and samples to the guests. Joseph Viola, IUE Trainer Chef and 2004 Best Chef of France Award-winner, shared samples of his dishes with his ‘French Interpretation to Urla Artichoke’ activity. IUE Department of Food Engineering participated in a panel on health benefits of artichoke. Prof. Dr. Nazan Turhan, Head of IUE Department of Food Engineering, delivered a presentation titled, ‘Artichoke For All Seasons’, Lecturer Asst. Prof. Dr. Zeynep Karagonlar delivered a presentation titled ‘Artichoke and Health’, and Lecturer Asst. Prof. Dr. Burçak Alp delivered a presentation titled ‘Artichoke Among Cultures’ . 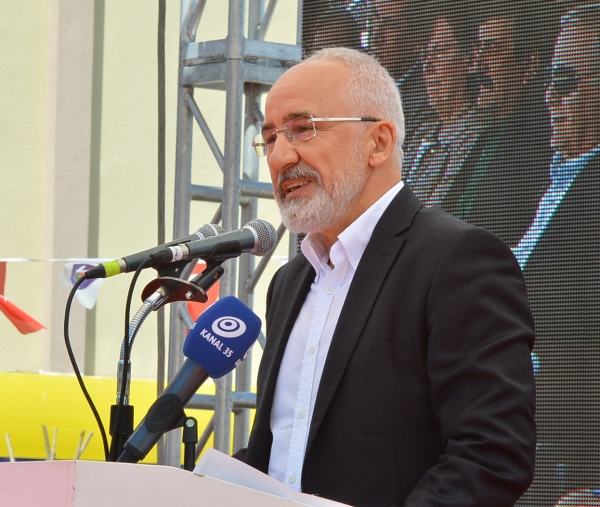 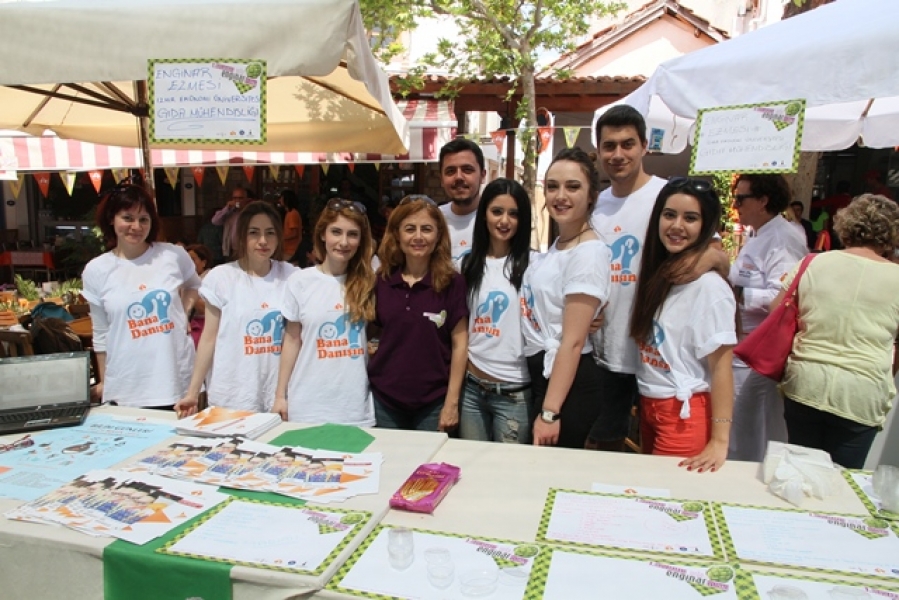 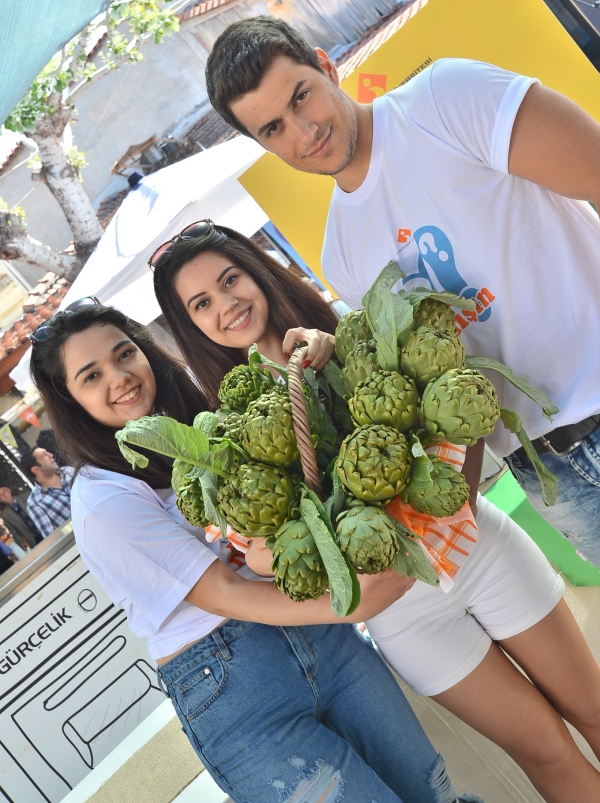