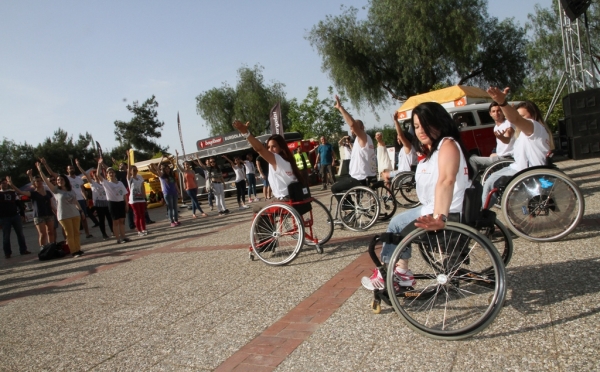 Students of Izmir University of Economics (IUE) are enjoying the spring with series of zestful activities at the 14th Spring Festival. As the audience attended the “Acapella Boğaziçi” concert at night time, the Engelsizmir Wheel Chair Dance performance, hosted by IUE Kızılay-Turkish Red Crescent Club, attracted great attention in the afternoon on the second day of the festival. Students accompanied the dancers in wheelchairs, and all the restraints disappeared in the rhythm of the dance.
Cast of Poyraz Karayel TV Series Celil Nalçakan, Ali İl, and Producer Ahmet Bircan attended the colloquy and answered the questions of the audience. Nalçakan, who is playing the Zülfikar character, did not want to turn down the audience, and sang the song “Acılara Tutunmak” which he sings in the show, along with the audience. Nalçakan said that he made comments about capitalism in the show, and even though he had similar thoughts himself in real life, he was not as bold as the “Zülfikar” character. Nalçakan also pointed that the series reflected the realities of life, and that shows with violence would come to an end the day when social facts such as women murders, and abandoning children in Turkey ended.
‘We Watch Massacre in ‘Kurtlar Vadisi’ ’
Ali İl, who plays Sadreddin Umman character, told that he enjoyed playing real life characters. Turkish TV series were in a good state, and they improved a lot in terms of both technical and production, said Producer Ahmet Bircan. “It is difficult to sell the series. 100 TV series on the average start the season, and then they get eliminated and only Poyraz Karayel is left behind. We debate about how far we can go if we start out with a love story. We need to add a little action in it.  But, we see massacre rather than action in ‘Kurtlar Vadisi’,” stated Bircan and said that the season finale would be on June 24.
IUE Family on Stage
IUE Rhythm Club and IUE Modern Dances Club performed as part of the festival. Grup Turuncu, which consists of IUE students and led by IUE Music Consultant Alaskar Abbasov, and Grup Eko, consists of IUE academic and administrative personnel, performed concerts. The night ended with a Red Bull Hummer DJ Party following the Acapella Boğaziçi concert. 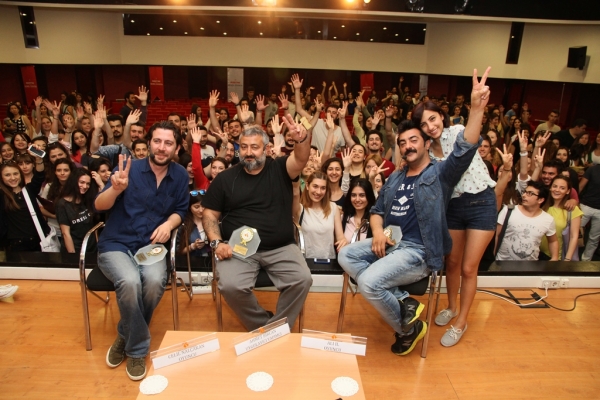 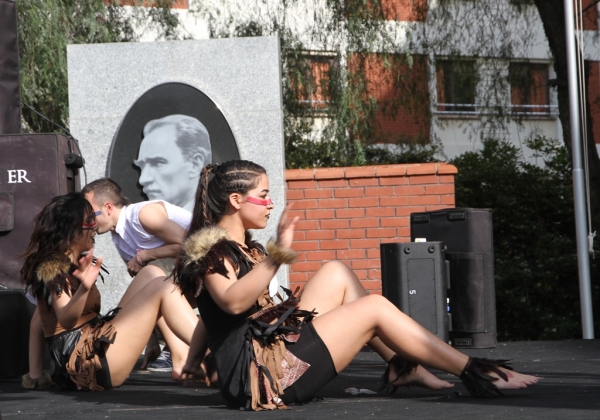 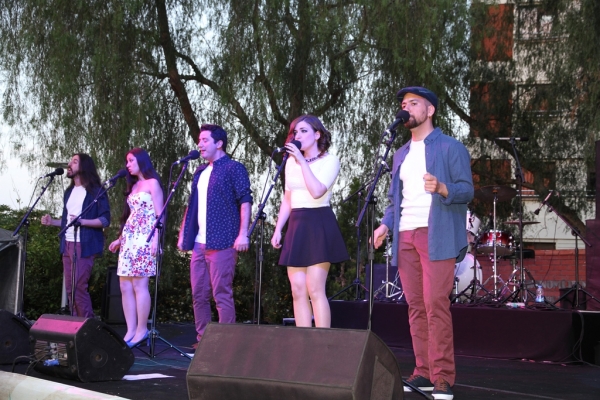