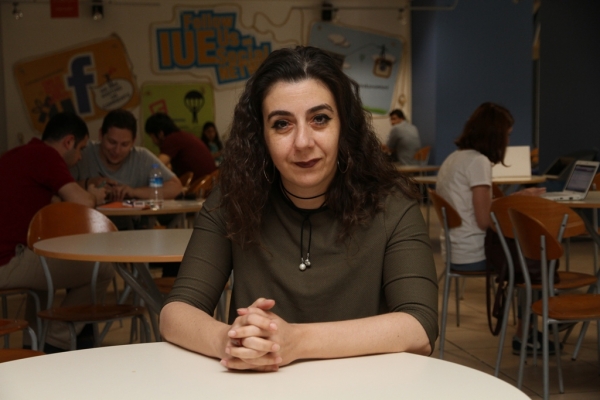 Dr. Marina Prentoulis, Member of Syriza, Greece’s Ruling Party, and Senior Lecturer at University of East Anglia, who had been the guest of Faculty of Communication, Izmir University of Economics, stated that they believed Turkey belonged in the European Union; however, there was a need for a reform within the Union itself.

Prentoulis reported that Turkey and Greece had a valid relationship, and Syriza predicted Turkey’s future within the EU. “There is so much conflict and instability in the region. Greece wants to undertake a centralized role in providing peace and stability here. The challenges Greece is up against revealed the weaknesses of EU.  It is clear that EU needs to change. I suggest Turkey to wait and watch a little longer. Turkey needs to observe the changes and make a decision based on that,” said Prentoulis.
Prentoulis pointed that she followed the economic and political crisis in Greece and conducted research about the issue, and said that Syriza got 36% votes and came in power in January 2015 elections after the citizens lost their confidence in mainstream political parties.
‘Alternative Solutions to Belt-tightening’
Prentoulis indicated that Syriza’s main commitment was to oppose to belt-tightening policies of European Central Bank, IMF, and European Commission, and come up with alternative solutions. Since coming in power, the party developed policies against the planned deductions in retirement payments, minimum wages, and salaries, stated Prentoulis and she said that the first thing the party accomplished was to take measures after the foreign debt reached 178% of the domestic income in 2015.
Europe Doesn’t Want to ‘Listen’
Prentoulis said, “First thing we did was to start negotiations with Europe about these restraints. Even though they are not extreme, Europe doesn’t even want to listen to these recommendations. Even so, one of the initial laws passed the assembly included a relief package for 200 thousand families below poverty threshold. It was a way to overcome the humanitarian crisis brought by the economic crisis.”
‘We Don’t Want to Break Ties with the Union’
Prentoulis reported that the ruling party had a different approach on economic and political issues compared to the countries in European Union, and that reforms were necessary within the union, however, she said if the Union carried on with the current approach, many countries would have to break ties with the Union. Prentoulis said, “We need to take European Union as the North and South territories. As a matter of fact, Spain and Italy are also facing the issues Greece is up against. Similar tendencies are present there as well. The second problem is due to the fact that EU does not have a democratic structure. If we were to give an example to the parting countries, we can show England. We are not supporting breaking ties, we want EU to prosper.”