THE FUTURE BELONGS TO RENEWABLE ENERGY 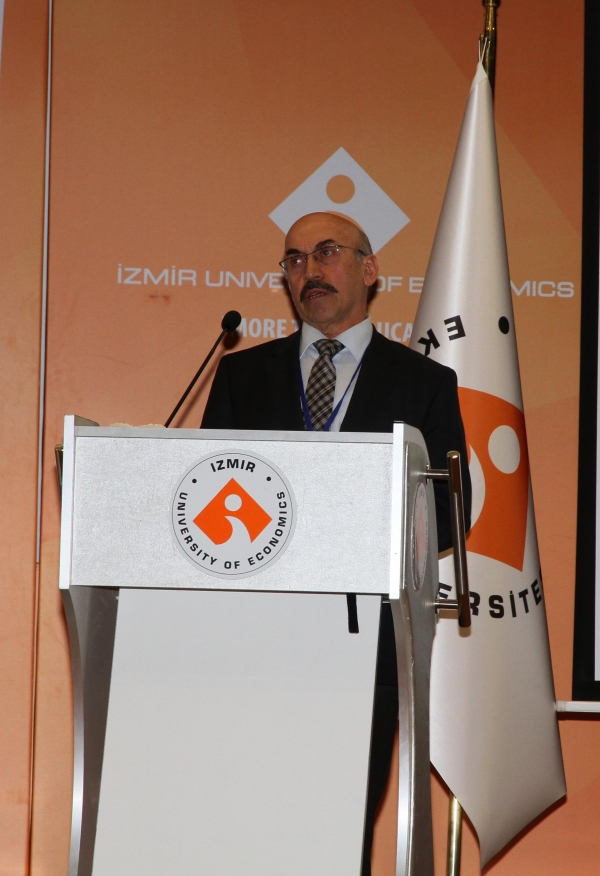 Yusuf Yazar, General Director of Renewable Energy, stated that Turkey was 73% dependent on foreign energy resources in primal energy. He said, “Renewable energy meets 13% of general energy need, and this rate changes according to precipitation in the country. Natural gas makes up 31%, petroleum 28%, and coal makes 28% of our energy resources. We have carbon-based energy.”
Yazar, who attended the “4th Energy Management and Policies Workshop”, organized by Izmir University of Economics, Department of Sustainable Energy, reported that Turkey was 98% dependent on foreign energy resources in natural gas, and up to 90% in petroleum. He said that they aimed to increase Turkey’s share of energy production by making investments on renewable energy. He also said that natural gas had a significant role in electricity generation, and that ratio changed between 44-50% year to year.
‘59% Dependency in Electricity’
“The share of natural gas in energy production means flat out foreign dependency in electricity. If we are to think about imported coal a bit, we have 59% dependency in electricity. Economic growth which was about 8.5% in the recent years also impacted this. When we look at energy consumption, while it was 132 billion kilowatt in 2002, it jumped to 215 billion kilowatt in 2012. This suggests fast and continuous investments. An investment which meets the increased demand in 13 years is in question,” said Yazar.
Will the Renewable Energy Share Go Up To 45%’s?
Yazar reported that the public sector withdrew from investments in energy, and private sector increased their investments since 2001, and with technological developments, areas described as unevaluated in energy would be used efficiently in energy production. Yazar also reminded that the amount of greenhouse gas emission in 1990’s in Turkey was 190 million tons, and it increased to 460 million tons today, and he said that renewable energy was the only answer for this. Yazar stated that they gave priority to local and renewable energy policies, and there was a potential to increase the renewable energy share up to 45%’s as of 2019.