THEY SPEAK FROM THEIR HEART 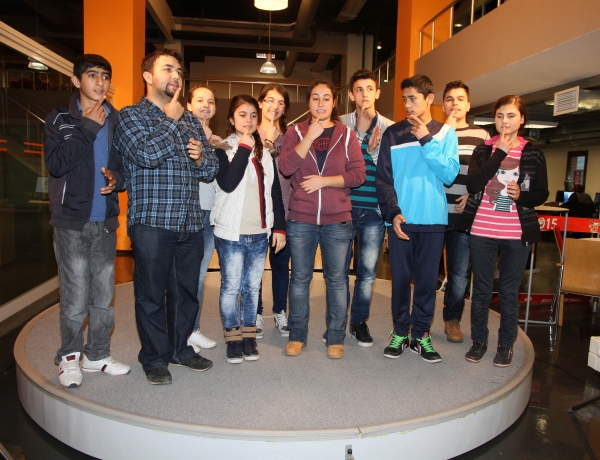 They teach photography to hearing impaired children, they learn sign language, and raise awareness with videos where celebrities take part in with their "İşaret Dilini Sen de Öğren, Bir Gün Lazım Olabilir (Learn Sign Language, You, Too May Need It One Day)" project. Hayal Tanrıöver and Oğuz Ediz, senior students at Izmir University of Economics (IUE), Department of Media and Communication, Broadcasting Option, conduct photography lessons for 14 students studying at Tülay Aktaş School for the Hearing Impaired as part of their social responsibility project. Tanrıöver and Ediz learn sign language after the lessons. They plan to raise awareness about hearing impaired and sign language by uploading sign language videos on their website called “sendeöğren.org”.
‘Win-Win Education Model’
Oğuz Ediz, who stated that they had to communicate through writing initially, said that they went to Tülay Aktaş School for the Hearing Impaired on Mondays at 15.00 – 17.00 and taught them how to take photographs. He also said that they learned sign language from students of 10 to 15 years of age. Ediz said, “We’ve realized we did not know much about their lives. First of all, hearing impaired people are not allowed additional time in university entrance exams. We’ve found out that there is very small percentage of hearing impaired people attending universities. So, we’ve added another goal for our project. It is to instill a sense of photography and video production, and refer them to the faculty of fine arts which admits students through aptitude test.”  Ediz also said that they provided training for 14 students, and they wanted to get together with other hearing impaired students at the end of the project.
‘We Encourage Learning Sign Language’
Hayal Tanrıöver, on the other hand, stated that the students had a long way until university so they wanted to provide them a solid background already. She also said that they did not want to limit their project; they believed they needed to encourage people to learn sign language. “Therefore, we began to prepare ‘sign language training videos’ to teach other what we’ve learned. Other from that, we prepared special videos in sign language as well specifically for ‘Republican Day, Ataturk Memorial Day, and December 3rd International Day of People with Disabilities’. We prepared a slogan that reflects the goal of the project. It says ‘İşaret Dilini Sen de Öğren, Bir Gün Lazım Olabilir (Learn Sign Language, You, Too May Need It One Day)’. We also broadcast the videos we prepared and our work with children on our website .  We thought that celebrities taking part in our videos would be most effective therefore we started to hunt them down,” said Tanrıöver.
‘Celebrity Hunt ’
Tanrıöver said that instead of travelling to Istanbul, they hunted down celebrities who came to Izmir. She stated the following:
“This is the fun part of our job. Due to budget restraints, instead of travelling to Istanbul, we started to follow the activities taking place in Izmir. We broke into backstage of two film galas, one theater and one concert up until now. The celebrities agreed to say our slogan both verbally and in sign language.  Hadi İnşallah and Deliha film casts, Mahşer-i Cümbüş and Oğuzhan Uğur, Murat Boz, Büşra Pekin, Sarp Apak, Serra Yılmaz are among the celebrities who took part in our videos. We are also working to get at least 2 cameras donated to Tülay Aktaş School for the Hearing Impaired so the students can practice.” 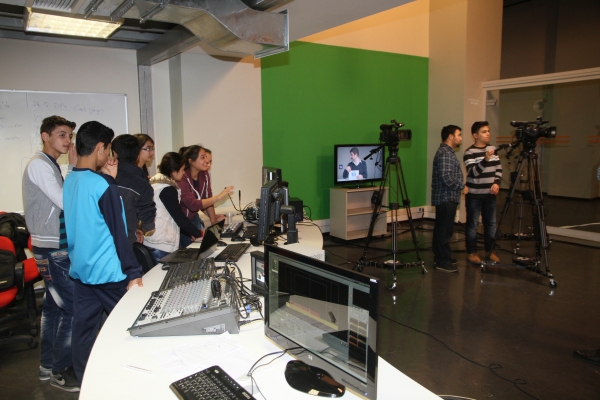 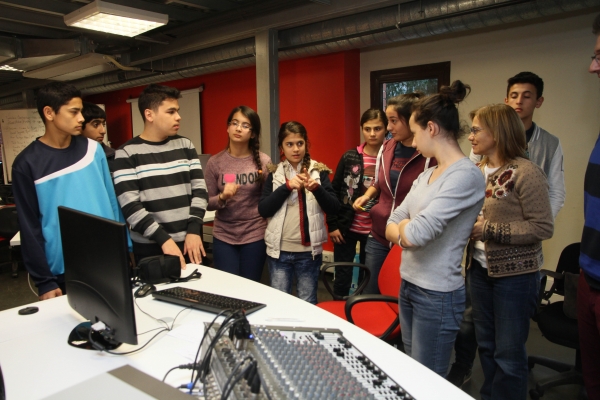 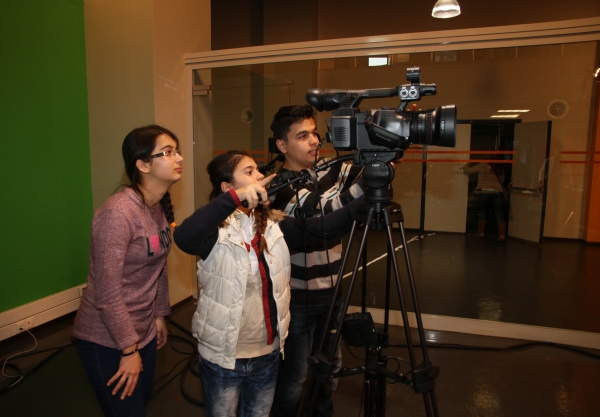