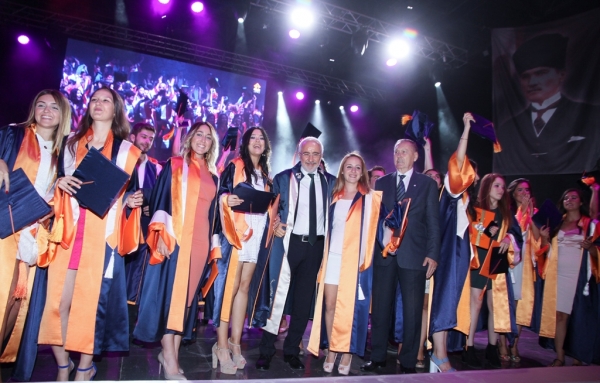 IUE Graduates of Faculties of Business Administration, Fine Arts and Design, and School of Applied Management Sciences, who successfully completed their studies in 2014 – 2015 Academic Year, were granted their diplomas. The students threw their caps into the air as they sang the 10th Year Anthem at the second of the graduation ceremonies that took place at IUE Amphitheatre.
EXPO Scholarship holder Audrey Mariannick Yameogo (Department of Economics), second highest ranking student of the University who came from Burkina Faso, attached a star on the commemorative symbolic log with Metin Akdurak, Vice President of IUE Board of Trustees, and IUE Rector Prof. Dr. Oğuz Esen at the ceremony. Eren Beksal Bektaş, third highest ranking student from Department of International Trade and Finance, also received his diploma and plaque from Akdurak and Prof. Dr. Esen. Emine Aydındoğlu, top student of the University who graduated from Department of Translation and Interpretation, could not attend the ceremony as she was engaged in a job interview.
IUE Rector Prof. Dr. Oğuz Esen indicated that they produced 826 graduates this year and in total they had more than 9 thousand graduates stretching to different parts of the world. Prof. Dr. Esen stated that success and performance of the graduates were not something coincidental, but rather based on an enduring and persistent effort. He reminded that the graduates had 40-45 years of work life ahead of them. He said, “Please always remember that the secret to success is working hard and diligently. Don’t forget the fact that continuous happiness would not be achieved without success, and that it is very difficult for unsuccessful people to lead a happy life. We are very proud of our graduates stretching all the way from Australia to Canada.”
‘The Way to Success with EXPO Scholarship’
Audrey Mariannick Yameogo, in her speech she delivered in Turkish, stated that she came from Africa 4 years ago and started to study at IUE Department of Economics with an EXPO Scholarship and that Izmir had very advantages to study. Yameogo said, “I was supposed to get used to a new country, new city, and a new culture, and maintain a hassle-free university education which was very important part of my life. In a short while I understood that people of Izmir were very different that the other ones. And more importantly, students, academicians, and employees of Izmir University of Economics are very special and have a special place among Izmir people.”
Yameogo also reminded that foreign national students were provided all kinds of help and support during their study here. “I studied at the best university in Turkey in terms of both education and hospitality. I will be the best representative of my school at my country Burkina Faso primarily, and wherever I am,” said Yameogo. 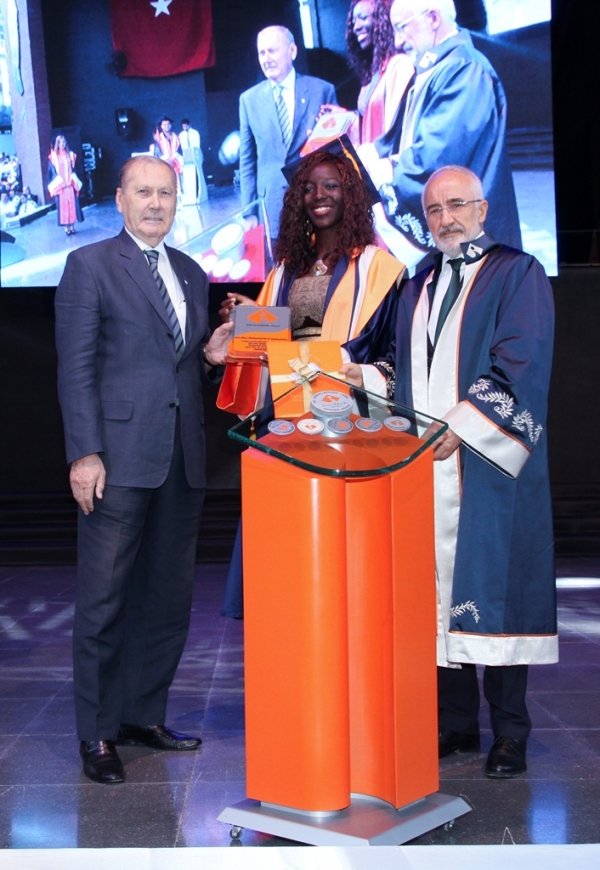 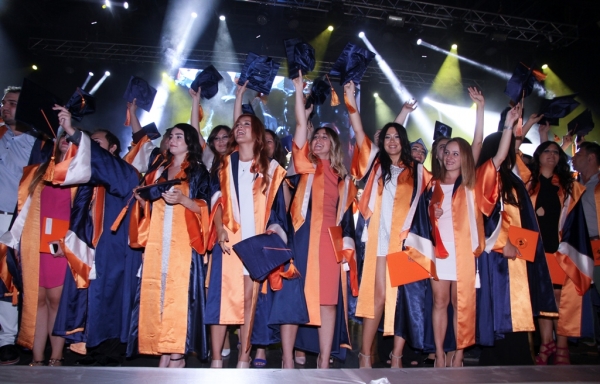 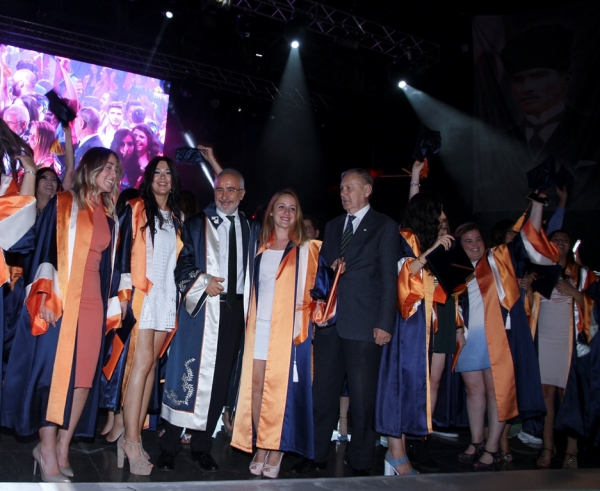