TOUCH OF DESIGN ON MENEMEN POTTERY 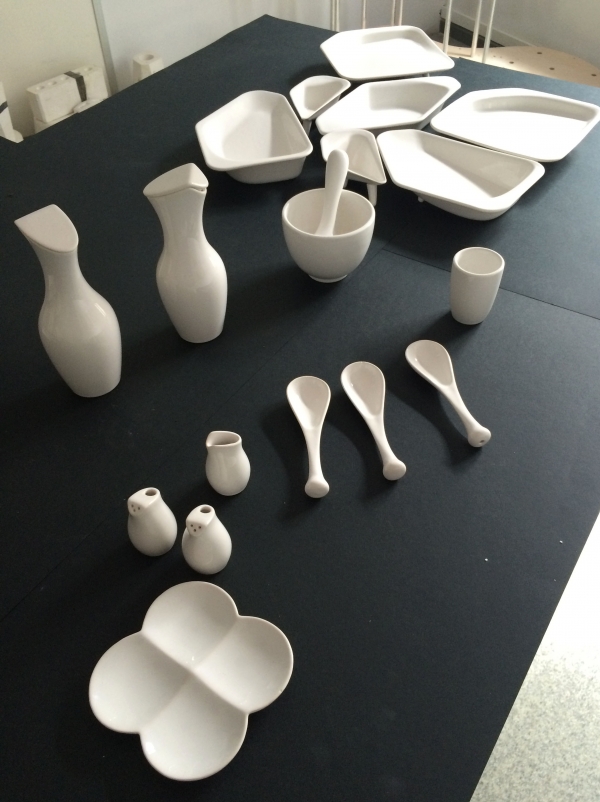 Menemen pottery is making an international debut through design. First samples of the “Proposal on Development Model Based on Design in Restructuring Cultural Industries: Menemen Pottery” titled research project, which is co-developed by Izmir University of Economics (IUE), Faculty of Fine Arts and Design, Department of Industrial Design and Academy of Fine Arts in Warsaw and Adam Mickiewicz Institute in Warsaw, are ready.
Polish and IUE students visited Menemen in November in order to promote Menemen pottery worldwide and get pottery the design and identity it deserved. Students brought back some clay and created their designs as part of an International Pottery Workshop (KULP). Menemen clay has been reshaped in Poland as part of the continuation of the project. Variety of products will be brought back to Izmir on October 12 – 26, and Menemen artisans will be informed.
Asst. Prof. Dr. Can Özcan, Head of IUE Department of Industrial Design and the coordinator of the project stated that the project was supported by IUE Scientific Research Projects and  Asst. Prof. Dr. Deniz Deniz and Lecturer Onur Mengi also took part in it. He stated that the Polish side of the project was supported by Adam Mickiewicz Institute in Warsaw as part of 600th anniversary of cultural and diplomatic relations between Turkey and Poland. Asst. Prof. Dr. Özcan stated that Menemen Pottery Association and Menemen Chamber of Commerce supported the project as well.
‘Exhibition to take place at Izmir Chamber of Commerce’
Asst. Prof. Dr. Özcan said that new designs were developed as part of the project. “Pottery is highly important in Menemen. Even though they have the advantage of local production practices, they are way behind in promoting and marketing, which is one of the main factors of creating a cultural industry. We’ve redesigned Menemen potteries. Different product groups will be brought to Turkey in the coming days. We will pave the way for local artisans to use clay specific to the region while doing their pottery. The products will be on display at the ‘Kulp Menemen Ceramics Exhibition” at Izmir Chamber of Commerce on October 12 – 26,” said Özcan.