STABILITY IS A MUST FOR ECONOMY 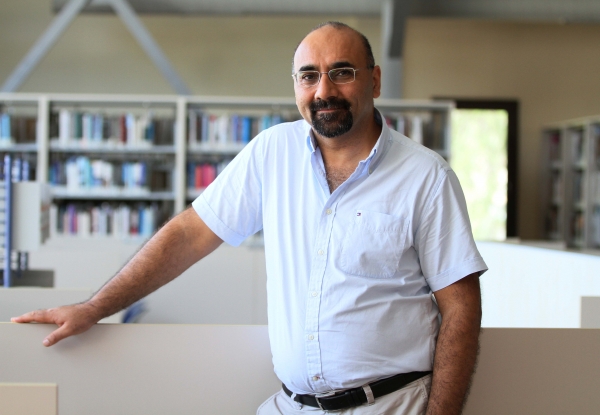 Experts have reported that Turkish economy indicates that it won’t be able to create rapid growth rates due to increases in exchange rates, and that a strong government needs to be established following a possible early election and appropriate and timely reaction is required for US Federal Reserve’s decisions on interest rates.  They pointed that dollar went above 2.94, and Euro above 3.25, and that Turkish Lira depreciation against dollar reached up to 25% since the beginning of New Year, and that the economic stability would be provided once the political risk is gone immediately.

Prof. Dr. Hakan Yetkiner, Lecturer at IUE Department of Economics, said "The Dollar/Turkish Lira parity can stay around 3.10 in the event of establishing a strong government after a possible early election and coming up with a new economic history, and giving appropriate and timely reaction to FED’s decisions on interest rates." Prof. Dr. Yetkiner reminded that, based on World Bank data, GNP (in dollars) in growth rate for 1961-2014 average was 2.5, for 2002-2014 average was 3.5 and for 2012 it was 0.83% and for 2014 it was 1.6%. He stated that 2015 growth rates would be way under the average and said, "Turkish economy displays a lower and zigzag growth chart. Turkish economy needs to make peace with international capital foremost in order to close the gap between developed economies by displaying a more stable and higher growth performance. Turkish economy with its capital-scarce economy displaying a high growth performance in reality is almost impossible without the support of an international capital. Yet, there are significant deadlocks in question here.”
'Watch Out For Dollar-Euro Parity'
Prof. Dr. Yetkiner, who said that increase in exchange rates would make an improvement in current deficient, one of the most significant fragilities of Turkish economy, stated the following:
"Especially in the case of Dollar gaining value against Euro for a while would decrease profit margins of importers and exporters in Turkey with dollar based import and Euro based export. We should keep in mind that the increase in exchange rates would especially affect the banks with foreign debt and profitability of other financial institutions. Total debt reached up to 178.1billion$ as of June 2015 when ‘Long-Term Loans Received from Abroad By Private Sector' is approached in terms of debtor. It is possible to say that private sector would get out of pressure caused by rapidly increasing foreign exchange in a short time if political uncertainty does not last longer. However, in the event of political uncertainty lasting longer, enterprises would be experiencing serious problems since total domestic demand would weaken and most probably cash flow would fail.”
'Consumer Loans Would Alert'
Prof. Dr. Yetkiner reported that the loans used by private sector has reached up to 1.18 trillion Turkish Lira as of June 2015, and the problems experienced in cash flows would cause serious problems for deposit banks. He said that the real risk was the domestic loans provided by deposit banks, and that the financial system and the economy would experience serious problems in the event of these loans not being repaid or repaid late. Yetkiner indicated that consumer loans reached up to 285.2 billion TL as of June 2015, and 126 billion TL of that included “housing”, and 154 billion TL included “consumer and other loans”. Prof. Dr. Yetkiner gave the following information:
“‘Personal credit cards', type of short term loans, total up to 73.5 Billion TL. If mass layoffs would be in question as a result of increasing exchange rates, that would cause setbacks in incomes and payments of the consumers. Such incident would have negative effect on the whole economy because of deposit banks. Any problems in repayment of consumer and other loans especially would have negative impact on the financial system mainly because such loans are not guaranteed. Firms, employees, consumers, banks, and other actors of the market are co-dependent on each other. If there is any rupture between these, it would cause a domino effect and affect the whole economy. Getting rid of political risk is urgent and necessary for this very reason.”