IZMIR BAY WILL LIVEN UP 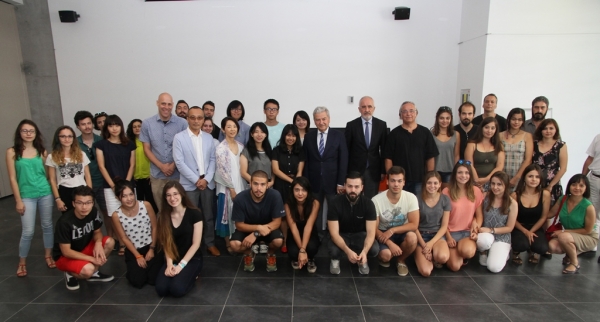 Turkish and Japanese industrial design students are designing very unique, interesting and environmentalist marine transportation vehicles where you can watch movies and have rich underwater scenery. Students are designing future marine transportation vehicles by taking the city’s historical and natural texture into consideration as part of the “Transportation for Izmir- Design Workshops- Merutemu” titled workshop co-organized by Izmir University of Economics (IUE) and Shizouka University of Art and Culture. Ekrem Demirtaş, President of IUE Board of Trustees, and Prof. Dr. Oğuz Esen, IUE Rector, attended the workshops in which students aim to increase the tourism potential of the city.
Asst. Prof. Dr. Can Özcan, Head of Department of IUE Department of Industrial Design, stated that 11 students and academicians from Japan, and Moriyoshi Hattori, Design Director of Suzuki, attended the workshops. He said “Turkish and Japanese students teamed up to realize their dream designs for Izmir. They consider the needs of Izmir and aim to strengthen its ties with the sea. Up until now, marine transportation was a means to get from one side to the other, and the vehicles used polluted the sea. Our students are working on designs which won’t pollute the sea, and will bring the sea and the people together.”
Asst. Prof. Dr. Özcan also pointed that they visited the major yacht and boat manufacturers, who shed light on both the past and present of marine vehicles unique to the region, as part of the workshop. He said that in addition to Turkish and Japanese students, foreign national students of IUE attended the trip as well.
‘Cultural Differences Brought Innovation’
Prof. Dr. Yasuko Takayama, Head of Department of Design, Shizouka University of Art and Culture, stated that even though the cultural differences compelled Turkish and Japanese students, the end result was creative and innovative designs, and he said that students experienced a unique experience. Prof. Dr. Yasuko Takayama presented Japanese tea glass to President Demirtaş.

Group 1: Jigoro Matsuri will decrease sea pollution as people take the steps on the vehicle.

Group 2: Shinkaigyo will allow different experiences from fishing to relaxing, watching movies to having fun.

Group 3: Rashin-Bang will allow transportation to various points of attraction such as Karaburun, Mordoğan, Kuş Cenneti (Bird Paradise). Significant feature about these vehicles, which can be rented, is that they will be attached to each other and move together.

Group 4: Roobie is designed as an underwater environment. People will be able to move between stops.

Group 5: Kankou, inspired by Japanese ceremonies called “Tourounagashi”, aims for an entertaining experience sensitive to the environment. Detachable modules on Göztepe dock aim to provide colorful experiences for both the participants and the audiences. 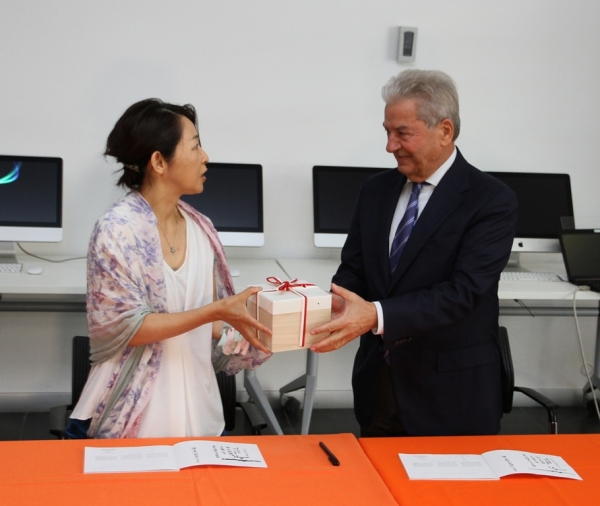 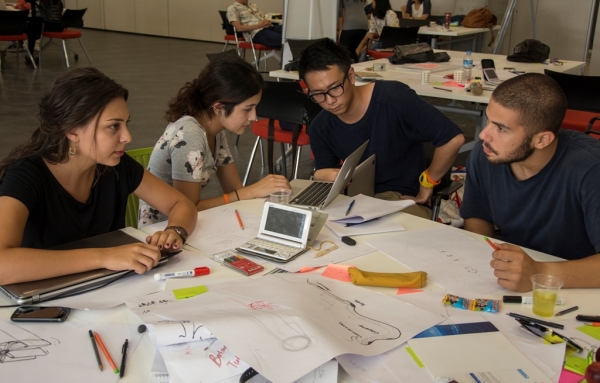 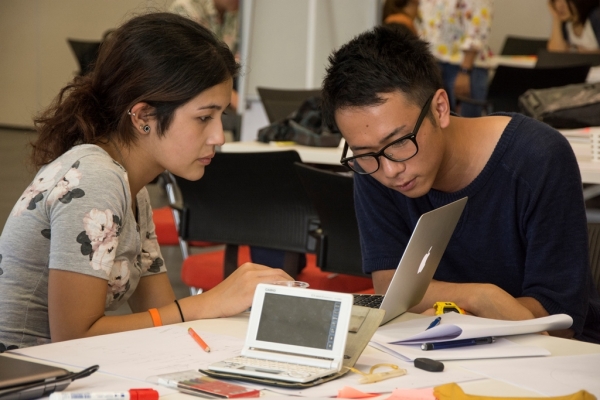