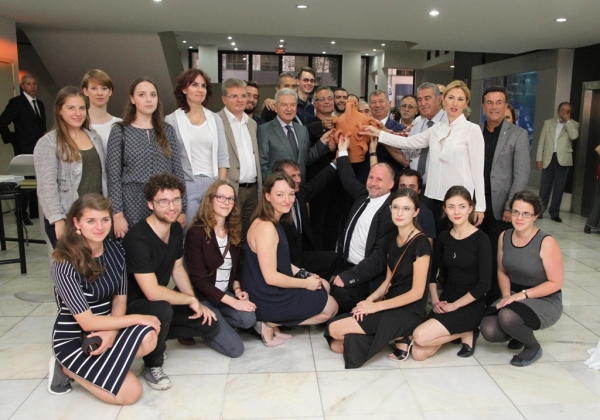 Menemen pottery is making an international debut through design. New generation of pottery designs, co-developed by Izmir University of Economics (IUE), Faculty of Fine Arts and Design, Department of Industrial Design, and Academy of Fine Arts in Warsaw and Adam Mickiewicz Institute in Warsaw, are being displayed at Izmir Chamber of Commerce Exhibition Hall.  Ekrem Demirtaş, President of IUE Board of Trustees, and Chairman of the Executive Board of Izmir Chamber of Commerce, pointed that new designs of Menemen pottery needed to be commercialized at once, and announced that they would designate one of the stores they rented under Kemeraltı Başdurak Camii (Mosque) to sell the potteries.
Alongside President Ekrem Demirtaş, Murat Koç and Arslan Savaşan, MHP Izmir parliamentarians, IUE Rector Prof. Dr. Oğuz Esen, Abdurrahman Demirci, Deputy Mayor of Menemen, Yılmaz Güral, Chairman of Menemen Chamber of Commerce, Ertan Saruhan, Head of the Menemen Pottery Association, Ceyda Borovalı, Honorary Consul of the Republic of Poland in Izmir, Prof. Dr. Ender Bulgun Yazgan, Dean of IUE Faculty of Fine Arts and Design, Asst. Prof. Dr. Can Özcan, Head of IUE Department of Industrial Design, Prof. Michal Stefanowski, Lecturer at Academy of Fine Arts in Warsaw, students and guests have attended the “Proposal on Development Model Based on Design in Restructuring Cultural Industries: Menemen Pottery-KULP” titled research project exhibition.
‘Menemen Pottery Soon in Kemeraltı Bazaar’
President Demirtaş said, ''We often hear that tourists visiting Izmir do not purchase anything, but in reality they cannot find good products to purchase. We, as the Izmir Chamber of Commerce, will make sure to commercialize these designs at once. Of course, Menemen Municipality and Menemen Pottery Association will collaborate to make sure more products are designed. Izmir Chamber of Commerce purchased the stores located under Başdurak Camii (Mosque) and one of those stores will be designated to sell Menemen potteries. It will contribute majorly to Menemen's economy. This is such a significant and a beneficial project.”
’2 Years of Elbow Grease’
Asst. Prof. Dr. Can Özcan stated that 13 IUE students and 10 Polish students have been working on this project for 2 years in order to create a trademark for Menemen pottery, promote it worldwide and get pottery the design and identity it deserved.  He said that students came up with authentic and useful designs, and Menemen clay has been reshaped in Poland as part of the studio project. “Pottery is highly important in Menemen. Even though they have the advantage of local production practices, they are way behind in promoting and marketing. We’ve redesigned Menemen potteries and created different product groups. Products designed in Poland gave been brought to Turkey. We believe this will pave the way for local artisans to use clay specific to the region while doing their pottery”, said Özcan.
‘Potteries Embracing the Future’
Yılmaz Güral, Chairman of Menemen Chamber of Commerce, pointed that da, Menemen pottery was a cultural inheritance and it was remarkable to work hard to increase the brand value. Ertan Saruhan, Head of the Menemen Pottery Association, said, “Pottery is our patriarchal profession. We want to carry this traditional profession into the future.”
The KULP Design Exhibition will feature 57 products co-designed by Turkish and Polish students will be accepting visitors by October 26 at Izmir Chamber of Commerce Exhibition Hall. 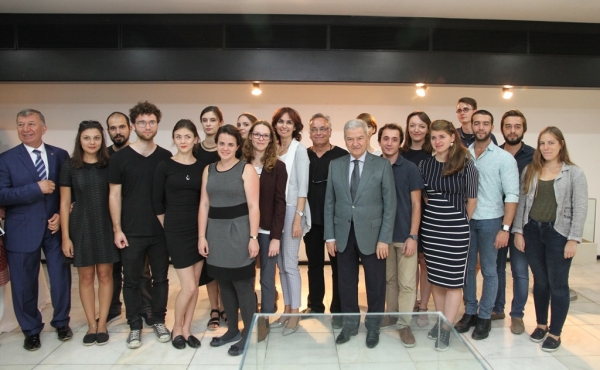 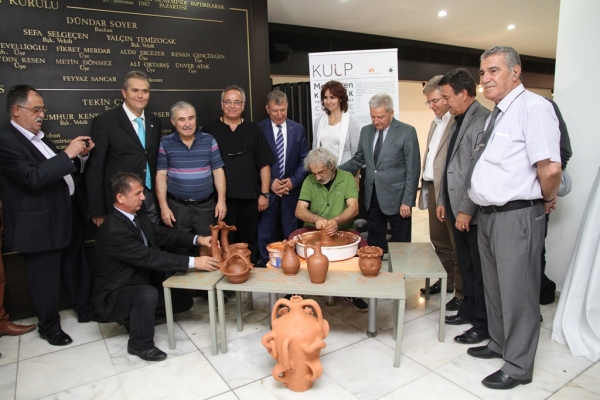 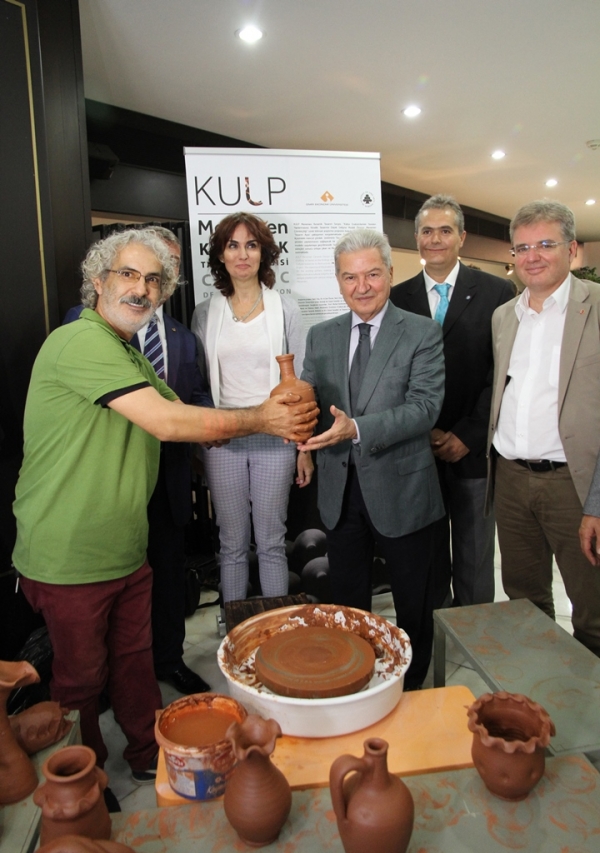