‘ONE MAN’S TRASH IS ANOTHER MAN’S TREASURE’ 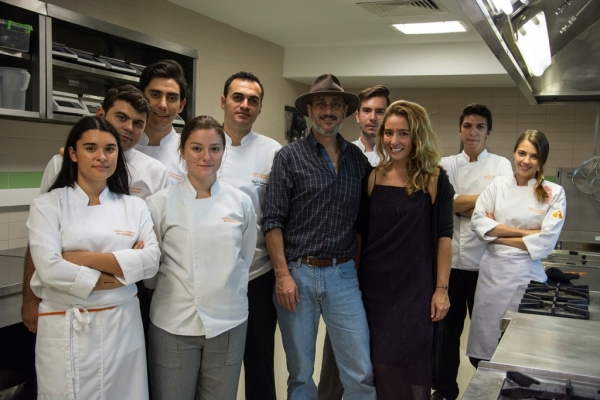 The species of mushroom the Europe is seeking are getting stepped on in Belgrad Forest in Turkey. Jilber Barutçiyan, the only mycologist (a botanist who specializes in the study of fungi) of Turkey, reported that there were approximately 15 thousand species of mushroom in Turkey and due to lack of knowledge, the most expensive species of mushroom (worth of 3 thousand Euros) was treated like dirt.
Barutçiyan, who attended the Workshop Course at IUE Department of Culinary Arts and Management as a guest shared some important information about mushrooms with the future chefs. He said, “When I was taking a walk in Belgrad Forest back in September I came across people who kicked the mushrooms Europe was after for 25 years.”
Barutçiyan stated that Turkey had abundant species of mushroom which were rare in Europe, however, did not know how valuable they were. He said that mushroom required moisture, heat and aliment, and mushroom production increased in fall mainly. Barutçiyan also stated that soil production worldwide was carried out 90% by mushrooms. “The fungi breathe in oxygen and release carbon dioxide; it transforms minerals from the soil into usable nutrients and assists with water use. If you demolish fungi you lose trees as well. Species of mushroom such as truffle and morel are produced this way. University of California produced morel mushroom artificially and one kilo is sold for 250 thousand Turkish Liras,” said Barutçiyan.
‘It is Worth 3 Thousand Euros’
Barutçiyan, who pointed out that there wasn’t a technique or a method to identify the mushrooms, and in Turkey there were 15 – 16 deadly types and 200 types that put you in the hospital, stated the following:
“There are 200 edible types of mushroom in Turkey and 15 – 16 of those are highly valuable in price. There are types that a kilo is worth about 3 thousand Euros, but people are not aware of that. There are limited numbers of mushroom dishes in world cuisine. It is commonly used as a side dish and used in sauces. It is extremely painful to die from mushroom poisoning. It takes about 1 week and there is no anti-dote. 40 people die from mushroom poisoning in Turkey in one year on the average. There are limited studies on the anti-dote which are not promising.”