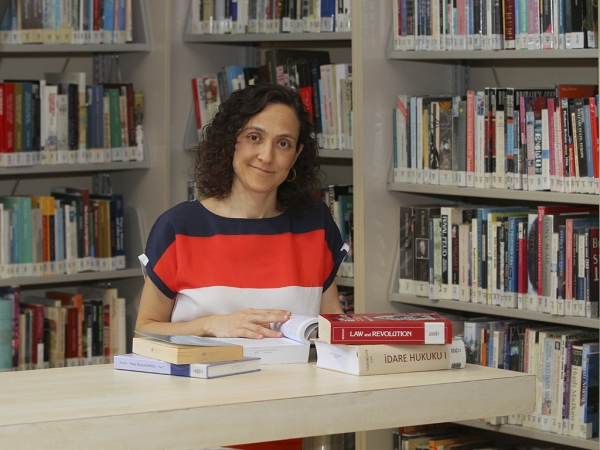 Turkey is going to the polls on November 1 to elect its 26th term parliamentarians. As 54 million 75 thousand 851 citizens countrywide and 2 million 895 thousand 885 citizens abroad are eligible to vote, the experts are warning the citizens about their rights.
Asst. Prof. Dr. Mine Kasapoğlu Turhan, Lecturer, Faculty of Law, Izmir University of Economics, pointed that the Right to Vote, to be Elected and to Engage in Political Activity was regulated by Law No.298 on Basic Provisions on Elections and Voter Registers and Article 67 of the Constitution. Turhan said voters will not be interfered, indoctrinated and advised at the polls. “All Turkish citizens over 18 years of age shall have the right to vote in elections and to take part in referenda. The exercise of these rights shall be regulated by law. Voter will fold the ballot in person in a voting booth, or, if an envelope is available, put it in the envelope. Voters can only vote in their voting district,” said Turhan.
‘Don’t Be Late’
Asst. Prof. Dr. Turhan reminded the voters about their legal rights and said that voting took place between the hours of 08.00 - 17.00 and that the voters were not allowed to guard the ballot box. She said that voters waiting in line to cast their votes at 17.00 shall be counted by the chairman and allowed to cast their votes in sequence. Turhan also said that pregnant women, ill and disabled voters shall have priority, and elderly voters may be admitted earlier.
‘No Cell Phones’
Asst. Prof. Dr. Turhan pointed that voters, as required by law, are not allowed to enter the voting booth with recorders such as cell phones, cameras, and that they had to leave the ballot box area immediately after folding ballot paper and putting it the envelope and put the envelope in the ballot box in person. “Counting and listing shall be made publicly after the voting is over. Persons present at the place of voting shall supervise the counting and listing procedures. Envelopes removed from the box shall be counted out loud by the chairman of the committee two times. If there is a difference between two counts, they will be counted for the third time. Number of valid envelopes is recorded in the minutes book,” stated Turhan.