LOOKING FOR THAT STORY 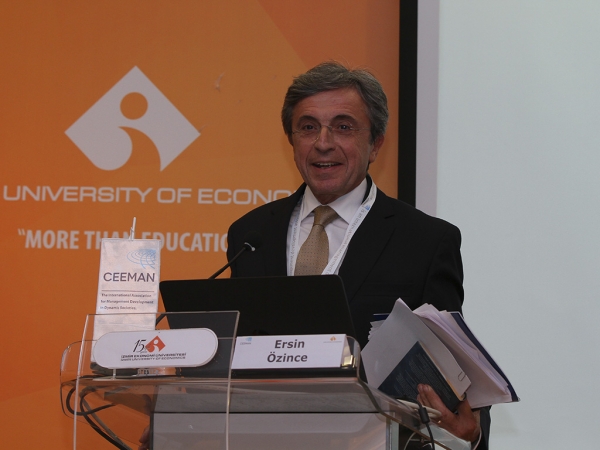 Ersin Özince, Chairman of the Board of Directors of Is Bank, Turkey, stated that Turkey needed a story to excite its young and dynamic population, and that the instability should come to an end right away.
Izmir University of Economics hosted “Current and Future Business Needs in South-East Europe and Executive Education Responses” forum organized by International Association for Management Development in Dynamic Societies (CEEMAN). The guest speaker of the forum, Özince delivered a “Macro-Microeconomic and Social Perspective of the Region’’ titled speech. Prof. Dr. Danice Purg, President of CEEMAN and Prof. Dr. Oğuz Esen, IUE Rector inaugurated the event.
Özince reported that countries needed to be managed just as well as the companies, and that Turkey was in need of a new story. “Turkey needs a story to excite its young and dynamic population, and that story has to be a convincing one. Turkey is one of the countries who fail in young unemployment.  Miracles in economy don’t happen out of the blue. If the economy has an impact on people in terms of welfare and employment, it is good. What’s more important than Turkish Lira depreciating is the increased demand in foreign currency accounts. Their rate in general deposit has increased. This may have happened due to concerns related to stability,” said Özince.”
‘Turkey is Not Unstable’
Özince stated that the instability should come to an end right away in Turkey, and he said the following:
“I am not talking in terms of monetary or financial aspects. I mean we need to make the whole world know that Turkey is not unstable in terms of social, political, legal aspects, and state affairs aspect. Markets, in countries like ours, are shallow. Our active values, even our own currency loses value when there is a tiny reverse motion. Therefore, instability, when managed well, can be very beneficial. The trust has to be built in terms of many aspects.”
Banking Success in Turkey
Özince also stated that training in the field of banking in Turkey improved. “It used to be that people in Turkey traveled all the way to London to get training in banking sector, and now people there, are wondering about Turkish banking sector,” said Özince. He said that investors lost their appetite because they could not derive profit from banking sector for a long time and experienced decrease in stocks. Özince emphasized that should not mean that banking sector in Turkey would not continue to progress, that it still has potential to develop.
FED’s Decision on Interest Rates
Özince said the fact that international finance system not being homogeneous was one of the most significant concerns of the globalizing world. “The whole world is waiting to hear FED’s decision about the interest rate as we speak. The world still experiences significant national economy concerns, nation, and state definitions. World stock markets act as communicating vessels. There are two factors. One is the banking system and the other is capital markets. Both were very shallow in Turkey. Banking system after 2001 crisis was constructed as much as possible, and transferred to volunteer shareholders who had means and opportunities. However, rapid development and productivity in our banking system in parallel to strong growth in economy decreased gradually. Developments in capital adequacy principles in Basel principles slowed down the developing countries like us significantly,” said Özince. 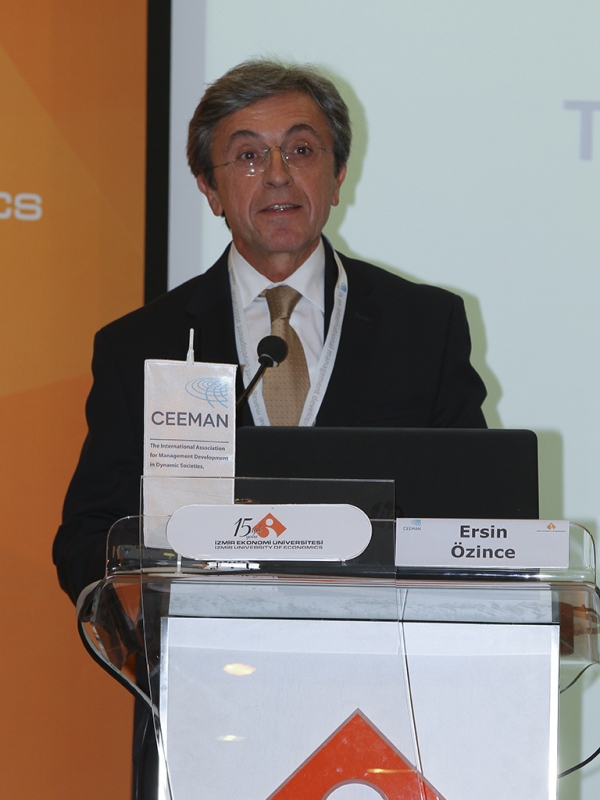