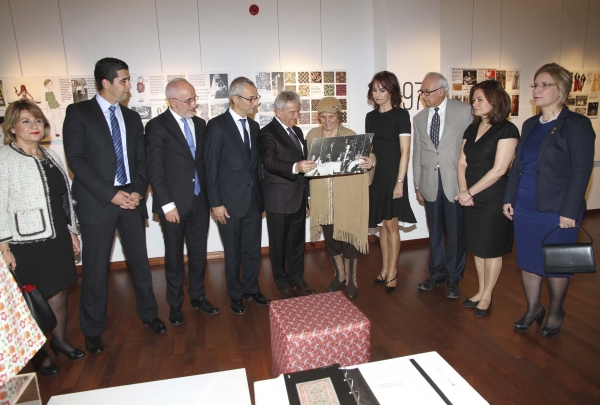 Sümerbank’s fabrics, outfits, home textile products, all part of our recent history, are being displayed as part of “Fashioning a Nation: Sümerbank Textile Patterns Exhibition between 1956-2000” titled exhibition at Ahmed Adnan Saygun Art Center, which is organized by Izmir University of Economics, Faculty of Fine Arts and Design. Former employees of Halkapınar Sümerbank attending the exhibition opening had emotional moments when they saw that the past came to life, and extended their apologies to Ekrem Demirtaş, President of IUE Board of Trustees.
The employees stated that they opposed to the closure of Sümerbank Factory strongly, however there were no traces of Sümerbank today. They said, "If only it was handed over to Izmir Chamber of Commerce to establish a university. We would have at least a museum, the equipment would be taken care of, and the archive would be preserved. We apologize to President Ekrem Demirtaş". Mehmet Bolca, one of the former employees of Halkapınar Sümerbank Factory, talked to President Demirtaş and told him, "We gave all the archives we had to Department of Fashion and Textile Design when we heard about the project. 15 years ago we objected to the idea of our factory closing and turning into a university. We witnessed all fabrics taken away to be burned, destroyed. I am very sorry. It is a belated apology, but we feel bad about objecting you.”
‘No Past, No Future’
President Ekrem Demirtaş, in his opening speech, said that 160 decares of Sümer Holding area in Halkapınar was handed over to Izmir Chamber of Commerce by the decision of Privatization High Council in 2000 to establish Izmir University of Economics.  Demirtaş stated the following:
"I personally took care of paperwork such as paying all the insurance, getting the title deeds, etc. Our project pledged to preserve the buildings; it was going to be a live campus. Where is Sümerbank today? It has been assigned as a protected area on the condition of preserving the equipment. Izmir Provincial Special Administration Council did not allow us to own the facilities at the time, and we established our Balçova Campus. As I was touring the area, I saw the ruined catalogs on the grounds and immediately took them. We are able to open this exhibition today by preserving those catalogs. Societies, who don’t recognize their past, do not deserve a future.”
‘6 Thousand Patterns at TUDITA’
Prof. Dr. Ender Yazgan Bulgun, Dean of IUE Faculty of Fine Arts and Design, pointed that the project, developed by the support of Izmir Development Agency (IZKA), aimed to digitalize thousands of pattern archives in the faculty, and to transmit cultural heritage of Turkey’s textile history to future generations.
Prof. Dr. Bulgun said that the project was initiated by IUE Faculty of Fine Arts and Design, Department of Fashion and Textile Design. She said, "Fabric catalogs in our possession belonged to Sümerbank’s Izmir Halkapınar Facilities which was closed in 2001. The archives were put under protection by the University in 2006. Almost 6 thousand fabrics were transferred into digital environment. 'TUDİTA-Turkish Digital Textile Archive', “www.tudita.com” web address, where the design archive is being displayed, is now open to visitors.  The exhibition focused on a timeline of important events in terms of history of world culture and fashion occurred at 1930’s to the beginning of 2000’s, and their reflection in Turkey. Samples chosen among approximately 200 thousand fabrics manufactured in 1956-2001 were re-manufactured via serigraphy and digital print techniques, and outfits of that era were sawn again. Also, during this project, many outfits and objects manufactured by Sümerbank were donated to the university.”
‘More Projects’
Prof. Dr. Elvan Özkavruk Adanır, Head of IUE Department of Fashion and Textile Design, stated that they had one month left to complete the project, and she said, "We have digitalized close to 6 thousand patterns and presented to the interested audience. We want to improve our project further. We also want to work on Nazilli Sümerbank Factory archive".
‘Project Serving a Collective Memory’
Murat Yılmazçoban, Secretary General of IZKA indicated that Sümerbank shed light on the history of Turkey. He said, “We did not plan on the project serving a collective memory in the beginning. Now that we’ve come to the end of it, we see that it jumped a level. This project has been very beneficial in terms of understanding our culture.”
Entire Sector Attended the Exhibition 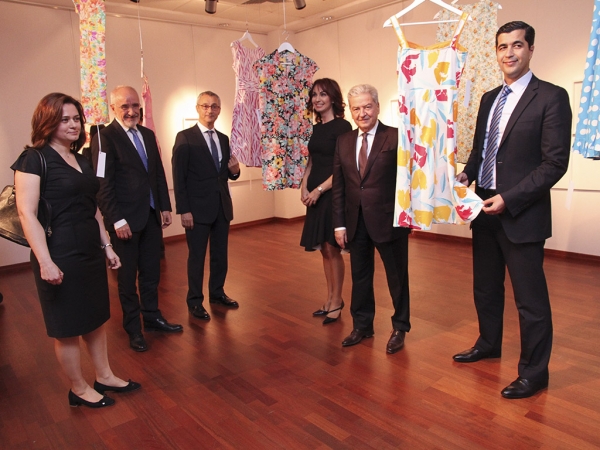 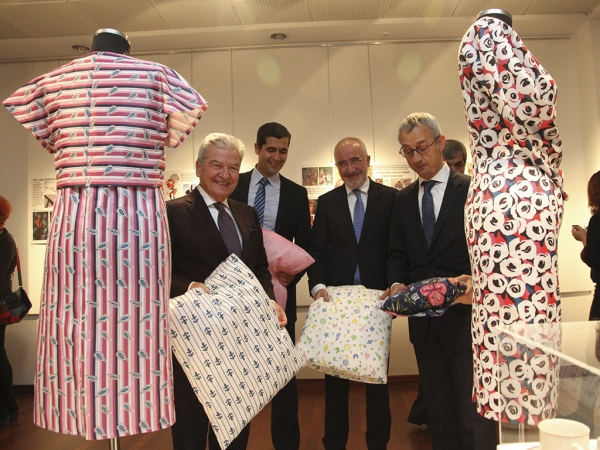 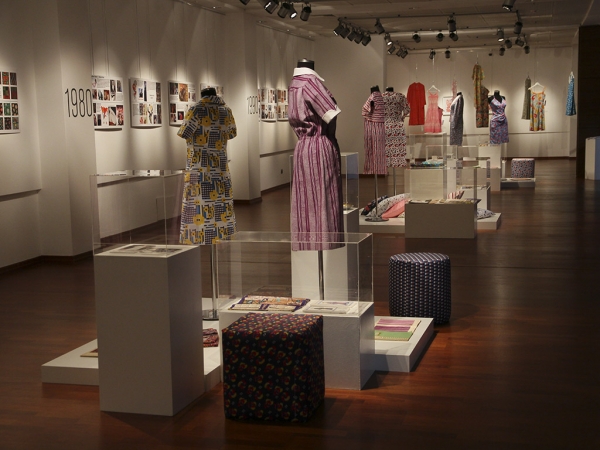