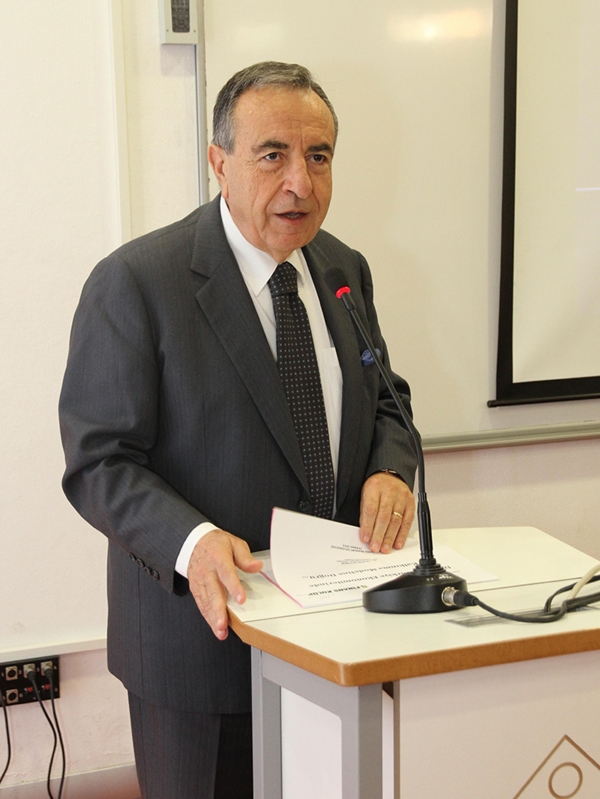 Dr. Tevfik Altınok, Former Undersecretary of Treasury and Foreign Trade, described the years of 2014 - 2016 as lost years of Turkey, and stated that Turkey has lost its chance to reach the goals for 2023.

Altınok stated that economic and political stability went hand in hand. He said,“Political parties need to put an end to conflicts between them if we are to find a solution for the future of Turkey. A step needs to be taken to prevent terror and consensus has to be reached.”

“Elections’’ are the Cause for Lost Years’

“There is only one reason for that;elections…When elections are concerned, there is always conflict, disagreement. We always say that we would not do the same things forthe next 5 years, however, since elections for local administrations, presidency, and general elections all fall on different years, there will be trouble again.”

The first requirement for growth and development of Turkey in terms of economy was production, stated Altınok and he said that Turkey lost its production direction recently. Altınok said, “Shape of production in Turkey should be carried out by taking Turkey’s current vulnerabilities into consideration. We own a labor force that not so many countries do. We have a young population. If we don’t use this efficiently in 30-40 year period, we will lose that chance as well. Incentives are just as important as the production itself.”

Altınok reported that Turkey needed a new long-term economic plan,and that the new government hadmajor responsibilities regarding the issue. “We are almost certain that 2023 target will not be reached. Turkey will not be able to make it among the top 10 countries in 2023. It is not that important actually since Turkey’s main problem is development. It is not only about a numerical growth, we need to develop in knowledge, thinking, culture, and every step has to be taken so that we can develop. Going forward as a country depends on time, and that is possible through planning and programming,” said Altınok.

‘Growth will slow down in industrialized countries’

Gazi Erçel, Former Director of Turkish Central Bank,pointed that industrialized countries would experience 1-2 % slowing in growth in 2015, and interest rates would be in negative figures. Erçel said, “Yearly inflation rate will be lower than 2%. Why are they so low? Because of saving too much. They are too much because they come from China. China loves to save. This saving became a problem for the entire world in the last 20 years. We fail to save. We are in trouble because of that.”

Erçel said that the growth policies needed to be changed, and no precautions were taken for economy in Turkey. He said that Turkey depended on construction sector and export.  Erçel said, “When you talk about exporting and growing, you need to be able to sell what you manufacture, otherwise you are left with goods in stock. But you have slow growth, decreased income. Who are you going to sell it to? You have to base your growth on domestic demand. But this, for developing countries like us, is an art to achieve.”

Celal Toprak, Chairman of Economic Journalists Association, stated that Turkey had assets that could be branded but there were not enough efforts on that issue.