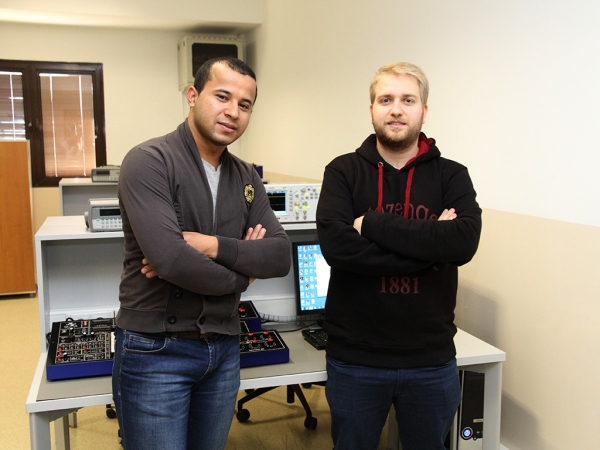 Tactile tiles, paved on sidewalks and walk ways to assist pedestrians who are blind or visually impaired, will become safer. The “HandyHelp”, developed by entrepreneurial students of Izmir University of Economics, will inform the users about the invasions on the sidewalks and prevent potential accidents.

The project developed by Mustafa Caner Demir and Amine Boussada, students of IUE Department of Electrical and Electronics Engineering under the guidance of Assoc. Prof. Dr. Türker İnce, the Head of the Department, will warn about vehicles, poles, posts, trees on or nearby the yellow lines. Demir, who talked about their project, said, “Visually impaired people often have to face problems regarding yellow tactile lines and tiles. Most of the time, they are up against great dangers. There was not an integrated solution which detected objects on yellow lines such as vehicles, trees, etc. up until now. We will observe the lines and process images with the help of smart watches, mobile phones, or external cameras. We will inform the users via headphones after the object is processed.”

The camera would be placed on the collar, that’s how the images would be recorded and processed, and an audio alert would be sent to the user, said Demir.