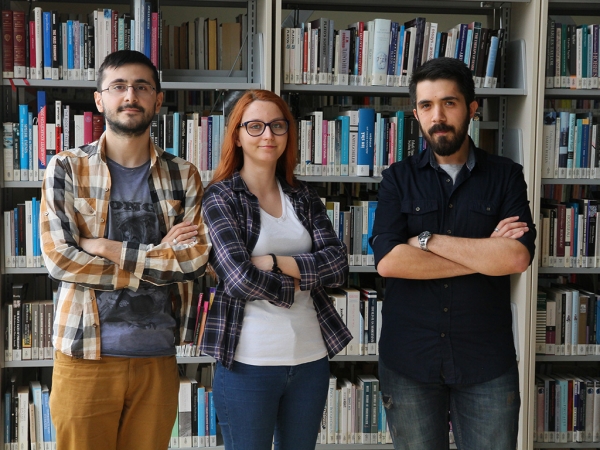 Entrepreneurial students of Izmir University of Economics (IUE) continue to collect awards. IUE students who came in first, second, and third place at the 10th If Wedding Fashion Show- Wedding Dresses, Suits, and Evening Gowns Fair, came back with first place and second place awards from the Young Translators Competition.

As Ahmedşah Bilgi, senior from IUE Department of Translation and Interpretation came in first place, Yasemin Memiş and Mustafa Serhat Atalay shared the second prize at the 2016 Young Translators Competition held by the Ministry of EU Affairs in order to raise awareness regarding translation studies that play an important role during Turkey’s European Union accession. The students will receive their awards on March 21 in Ankara from Volkan Bozkır, the Minister of European Union Affairs and the Chief Negotiator for Turkish Accession to the European Union. The students will be visiting EU institutions based in Brussels for 3 days starting on April 13.

Ekrem Demirtaş, President of IUE Board of Trustees, stated that the University offered instruction in English since its establishment and that they were determined to continue to do so. Demirtaş said, “Our students need to speak a foreign language fluently because they are world citizens. The University does not offer English only; there are 9 different languages on a wide variety of choices from German to Chinese. Our students also learn a second foreign language fluently. They will be representing our country at places such as European Union where multilingualism is of utmost importance. I would like to express my sincere gratitude to the winners.”

The winner, Ahmedşah Bilgi stated that total of 110 students from 28 universities attended the competition held in three languages (72 in English, 27 in German, and 11 in French) and he said that it was such an important experience, that they received many congratulations and job offers after the competition.