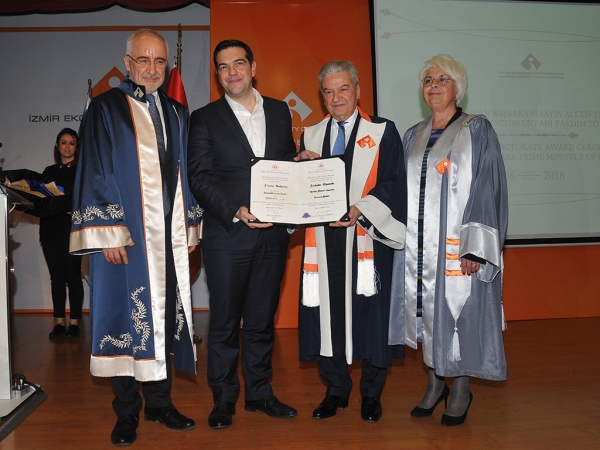 Alexis Tsipras, Prime Minister of Greece, has been awarded the degree of “Doctor Honoris Causa” in “Political Economy” by Izmir University of Economics Senate for implementing policies instigating hope at a time when European and Middle Eastern countries are devastated by and struggling against recurring economic, political and humanitarian crises. Tsipras has also been presented with a carpet inspired by the designs in Antique City of Agora prepared by Prof. Dr. Elvan Özkavruk Adanır, Head of Department of Fashion and Textile Design, and the students.

Tsipras stated that he was very happy to be in Izmir and to receive an honorary doctorate degree, and he said that they would make sacrifice to solve the refugee issue. Tsipras said, “We need to make efforts to change direction with patience, persistence, obstinate determination. We will succeed, I am determined. I will struggle against with all my strength, by leaving our ideological differences aside, with solidarity, friendship, and consistency to find a new direction.”

‘Europe has become acquainted with the reality’

Prime Minister Tsipras, who stressed the importance of science and where the world stood lately, criticized the countries whose systems were based on money. Tsipras pointed that political system had defects, and that it needed to change, and he talked about the financial bottlenecks experienced by Greece and the whole process with IMF. Tsipras criticized IMF’s belt-tightening policies, stated that Greece has experienced loss of confidence, however, some of the institutions and organizations cashed in on this. The Prime Minister stated the following:

“We feel the desire to bang our fist on the table and steer the future of Europe. We are trying to integrate our stance into the recent developments. We are dealing with a refugee crisis; it is a reality we have to face every day. The Europe became aware of those people for the first time with this crisis. The refugee crisis has shaken the union to its core. The issue is right up their nose. We owe it to ourselves, to next generations, even to our past. We can come up with solutions through communication and collaboration. We can even find ways that our people can finally have the power to come over these problems. Greece and Turkey has taken an important step. We have a long way to go, but it is a big target. Good will is not enough. We need to work to change things with patience, persistence, and obstinate determination. We will succeed, I am determined. I will struggle against with all my strength, by leaving our ideological differences aside, with solidarity, friendship, and consistency to find a new direction.”

President Ekrem Demirtaş stated that Prime Minister Tsipras has exerted himself to implement promising policies both to the people of Greece and of other countries affected by the economic crisis, and to the victims of humanitarian crisis. Demirtaş said, “He has managed the refugee crisis, which has escalated particularly last year, with non-violent methods based on principles of solidarity and social justice. We’ll take a rain check; we hope to see him again.”

President Demirtaş mentioned that Tsipras took an active part in the student movement when he was a student, and that Demirtaş himself also participated in the ’68 generation student movement. Demirtaş stated the following:

“We aimed for a better education, more powerful economy, social justice, and more democracy. You are at Izmir University of Economics now. We have a 15 year past. Chamber of Commerce Education Foundation has established the University in 2001 without any state funds. We serve 8 thousand 500 students. 3 thousand 517 of them receive full scholarship. The medium of instruction is English. We offer second foreign language education in 9 languages, and one of them is Greek. 5 out of 684 academicians at the University are Greek, and we also have 5 Greek students.”

President Demirtaş reported that they educated entrepreneurial and innovative students to serve the whole world, and when he was elected as the Chairman of Izmir Chamber of Commerce in 1992, his priority was to strengthen the relations with Greece. He said that neighbors would be the largest and most convenient trading partners, and that reciprocal trading as of this year has reached a total of 6 billion dollars, and exchange of tourists reached over 1 million.

IUE Rector Prof. Dr. Oğuz Esen stated that the Faculty of Business proposed to award the degree of “Doctor Honoris Causa” to Alexis Tsipras for implementing policies instigating hope and for his positive messages for European and Middle Eastern countries, and that the University Senate has accepted it. Prof. Dr. Esen said, “We, the people of a region extending from Middle East to Europe, are going through a period in which are devastated by and struggling against recurring economic, political and humanitarian crises. As Turkish and Greek shores witness a deep humanitarian tragedy again, both sides at the same time do what it takes to support the victims of the tragedy, the refugees.” 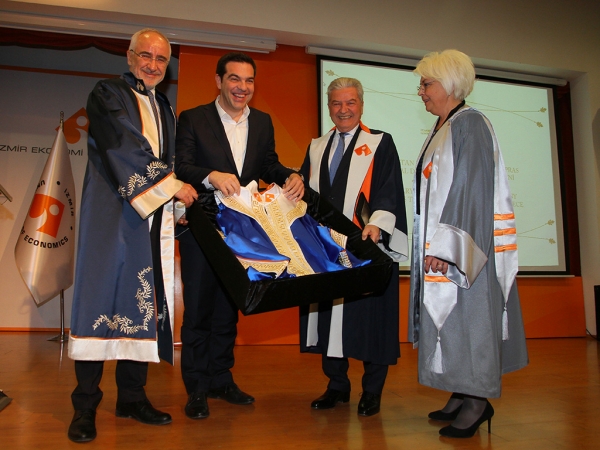 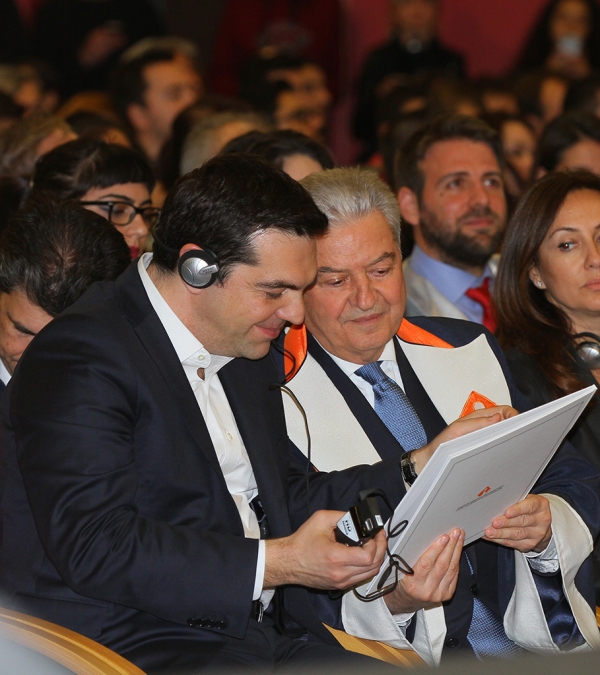 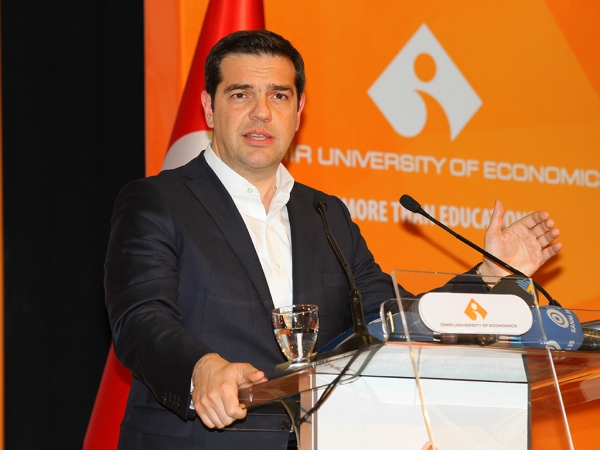