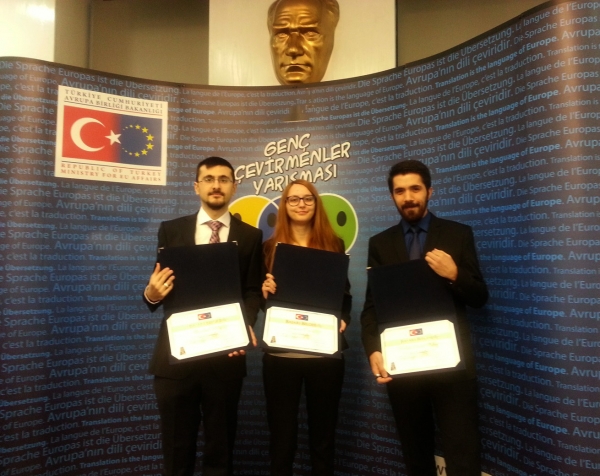 Ahmedşah Bilgi, senior from IUE Department of Translation and Interpretation who came in first place, and Yasemin Memiş and Mustafa Serhat Atalay, who shared the second prize at the 2016 Young Translators Competition held by the Ministry of EU Affairs, received their awards from Rauf Engin Soysal, Undersecretary of Ministry of European Union Affairs. Prof. Dr. Lütfiye Oktar, Head of IUE Department of Translation and Interpretation, accompanied the students to the ceremony that took place in Ankara.

IUE students outran 110 other contestants and succeeded at the competition which aims to raise awareness regarding translation studies that play an important role during Turkey’s European Union accession. Successful students from 28 universities, who attended the competition held in three languages (72 in English, 27 in German, and 11 in French), will be visiting EU institutions based in Brussels in April.

Ekrem Demirtaş, President of IUE Board of Trustees, stated that foreign language education was very important because today’s youth were world citizens. He said that the University offered instruction in English since its establishment, and that second foreign language was also taught at the University. President Demirtaş said, “Our youth will be ruling the future business world. Distances are much closer in global life. Our students need to speak a foreign language fluently because they will be representing our country at places such as European Union where multilingualism is of utmost importance. Therefore, we want them to be in command of more than one foreign language. We offer 9 different languages on a wide variety of choices from German to Chinese. I would like to express my sincere gratitude to the winners.” 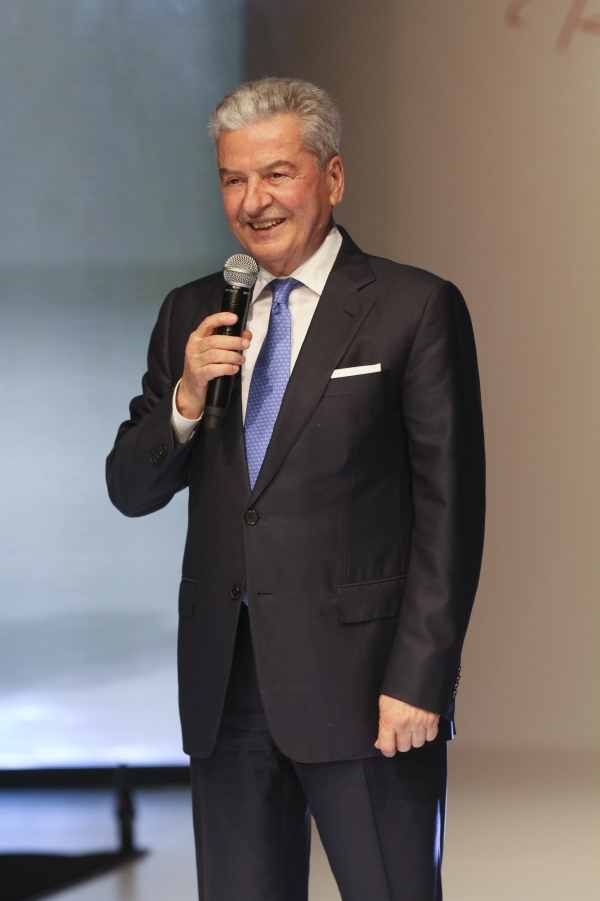