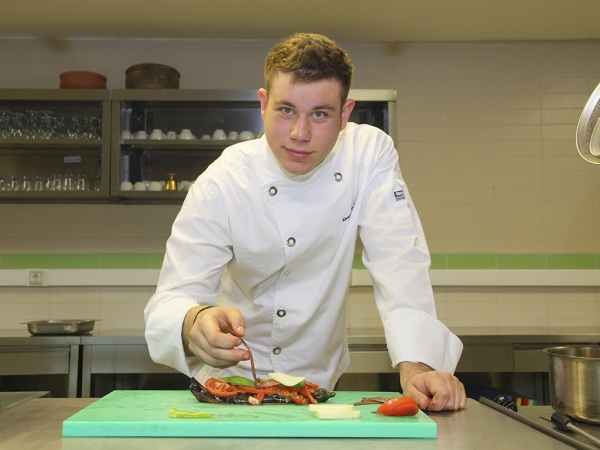 Kaan Yürekli, student of Department of Culinary Arts and Management, Izmir University of Economics, represented Izmir at the Mazda Turkey’s "Lezzete Götüren Marka" contest, and became a finalist with his “imambayıldı” (stuffed eggplant dish) and “revani” (baked semolina dessert) recipes. The recipes of Yürekli, one of the three finalists, will be published both in Turkish and English in a cookbook.

40 recipes of dishes and desserts qualified to be published in a book at the contest in which Food Writer Mehmet Yaşin was the head of the jury. Yürekli cooked his dishes again for Yaşin’s food show on TV. Yürekli stated the following about the contest:

“I entered the contest with classic tastes. Food is a very significant part of the Turkish culture. So, I decided to present a good sample of our food culture. Project will be promoted in Europe and Japan. It makes me very proud that these two well-known tastes will be shared around the world. I used imambayıldı and pastrami in the dish with the different perspective I gained throughout my education. I tried it out, and it turned out to be very delicious so I decided to enter the contest with that recipe.  My recipe made it in the top three. I plan on trying out new and different tastes with the education and support of my school.”

Half a bunch of parsley

Cut off the calyxes and peel the eggplants lengthwise in a striped pattern. Rub salt on and keep aside for 1/2 hour. Squeeze out water then rinse the eggplants under tap water. Place between paper towel sheets and pat dry. Fry them in a pan. Place them on paper towel to get excess oil.

For the filling, slice the onion in half-length ways. In a skillet, heat ¼ cup oil. Add and sauté onion for about 5 minutes until browned. Add finely chopped pepper and minced garlic and sauté for a while. Finally, add the diced tomatoes and season with pepper and salt, continue to sauté them until the tomatoes boil down. Add the minced parsley, get it off the burner.

Arrange the eggplants in a lightly greased shallow casserole. Cut the eggplants in half lengthwise. Spoon the filling into the prepared eggplant shells. Top them with slices of pastrami and cheese.  Bake until golden brown. Pour the rest of the tomato juice over the casserole, if not enough, prepare some more with tomato sauce or tomato paste, and bake it in the preheated oven at 1900 C. 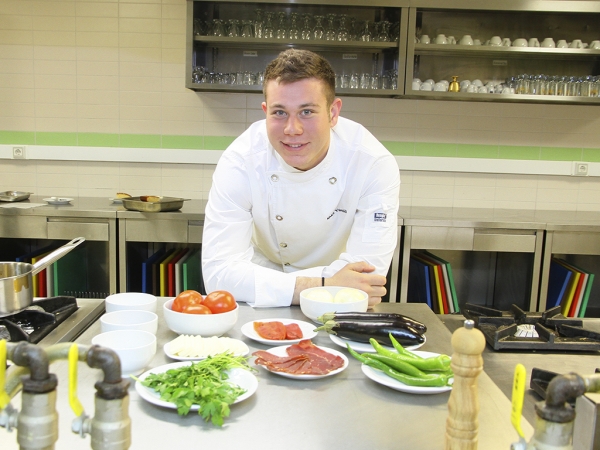 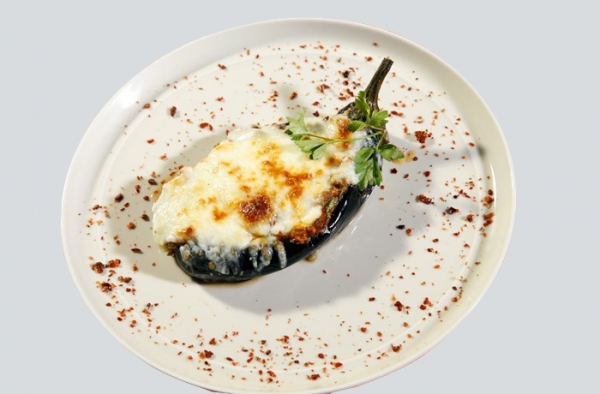