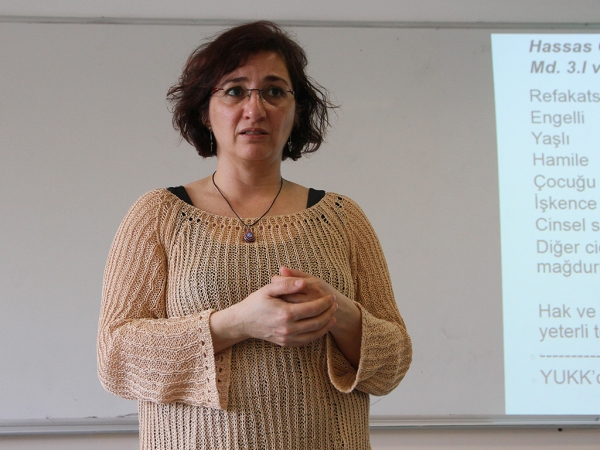 As Turkey is getting ready to accept 6 thousand 156 refugees from the islands, the experts point out to the inadequate number of camps, report that danger bells are ringing for Turkey. Pırıl Erçoban, Administrative Coordinator for Izmir Mülteci – Der (Association for Solidarity with Refugees), who attended the “Syrian Refugees in Izmir” titled seminar organized by Department of Sociology, Izmir University of Economics (IUE), indicated that the Europe did not want new transitions.

Erçoban said, “Nobody is discussing at what cost Turkey will prevent this situation. What will happen to those who are prevented from transiting? Will they stay in Turkey?  Those, who are caught crossing the border, will be deported. Nobody knows how this process will work.” Turkish security forces have caught more than 146 thousand people trying to cross the border, and 856 thousand 723 people transited to Greece illegally in 2015, reported Erçoban. She said, “806 people have died during transitions in 2015. And there are many people missing as well. Many of the corpses have not been reached. As of March 30 of this year, the number of people who transited reached to 150 thousand 703 and number of official deaths is 366”.

Erçoban indicated that there were 2 million 747 thousand 926 Syrians in Turkey according to official figures, and 90 thousand 583 of those lived in Izmir. She said that the Syrians were under temporary protection in Turkey. Erçoban said that the concept of temporary protection was defined by the European Union in the 1990’s, and it meant a lower protection than the refugee status. She said that this definition was used in cases where it was not possible to name individual cases in mass influxes. In order to be a refugee it is enough to be escaping from torture in their country, but the states refuse to accept this, said Erçoban.

‘We are not doing a favor by calling them guests’

272 thousand 439 people stayed at 26 camps located in 10 cities, and Syrians made up 10% of that number, said Erçoban. She said that the refugee law was destroyed by those who claimed to be defenders of human rights. She also indicated that there were less than 100 refugees in Turkey officially. Erçoban stated the following:

“Guest is the word used often for Syrian refugees in Turkey. However, we are not doing them a favor by calling them guests. Guest does not have any legal return. Status is important because then you won’t be facing arbitrary practices. Besides, a short visit is acceptable. Many of those who are caught now will be asked to go the camp, and if they don’t want to go to the camp, they will be asked to return to their country. They’ve already started taking signatures for returning to their countries through psychological pressure.”

‘Europe has just become aware of a 5 year war’

Erçoban pointed that the Europe has just realized the war going in Syria for the past 5 years, and she said this was the largest mobility of people since World War II. She said, “More than 50 thousand people are stuck in Greece. The European Union has closed its borders. And Greece is trying to send the refugees they have back to Turkey. More importantly, Europe does not want new transitions. Turkey will prevent transitions to Europe based on the recent negotiations. Nobody is discussing the cost it will take Turkey to prevent this situation.”

Erçoban also pointed out that people of Syria have lacked health services for the past 5 years, and diseases such as polio, and smallpox, both of which were exterminated, made a comeback due to unhealthy living conditions there.” 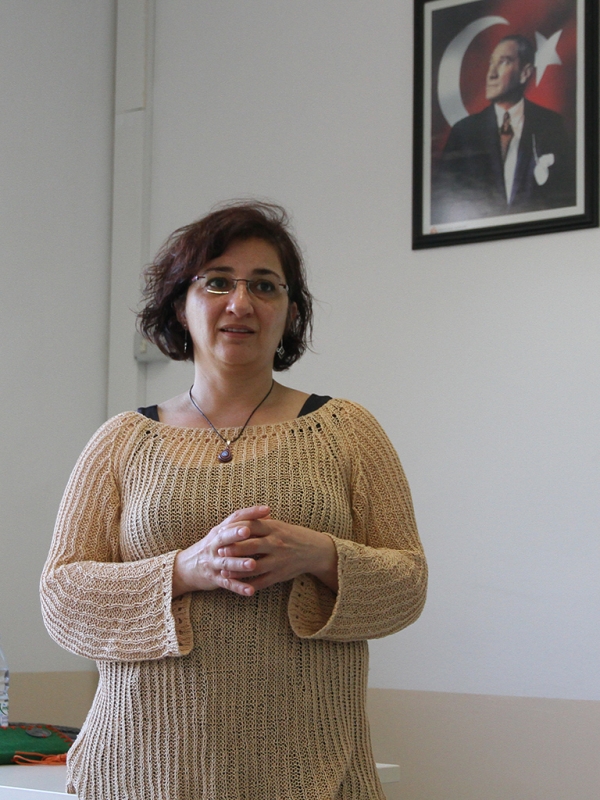