IUE STUDENTS HAVE MUCH TO OFFER 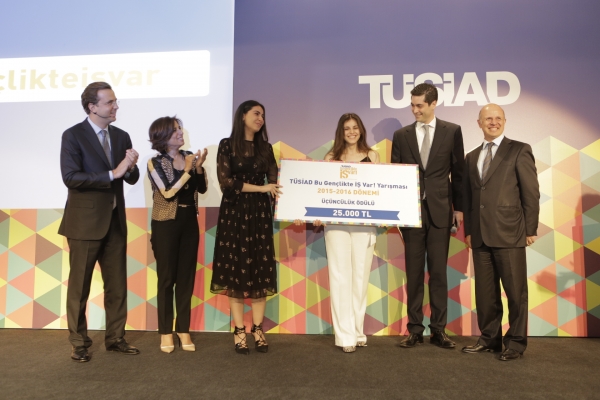 As Izmir University of Economics (IUE) has raised the “Entrepreneurship Flag” up to the flagpole for the 2nd time with the most number of enterprising projects in “Bu Gençlikte İş Var” titled competition organized by Turkish Industry and Business Association (TUSIAD), it was awarded the 3rd place in the grand finale. Nurdan Boğa, student of IUE Department of Fashion and Textile Design and her team mate  Yağmur Boğa came in third place with their, “Sen Fısılda Dünya Duysun” (You Whisper and the Whole World Will Hear) titled project at the contest where 3 thousand 195 university students participated with one thousand 292 projects.

The IUE team, who named their team NUYAP, guided by Cem Boyner, CEO of Boyner Group, established the one and only online platform where young designers can find an outlet for their work with women’s fashion brands. Nurdan and Yağmur Boğa received their awards at the ceremony that took place in Istanbul. IUE Rector Prof. Dr. Can Muğan also received a plaque on behalf of the University for being the university applying with the most number of enterprising projects and qualifying for  the Entrepreneurship Flag.

Ekrem Demirtaş, President of IUE Board of Trustees, stated that the students’ achievements in University’s 15 year were not coincidental. Demirtaş said, “At our first academic opening in 2001 I said 'Great journeys begin with small steps'. We’ve come a long way in 15 years with the education we offer and with our entrepreneurial students. We don’t want our students to ever give up their dreams. We prepare them for the future because they will manage the future. The awards we receive prove that we are the University of the Future. I would like to take this opportunity to express my gratitude to students and academicians. I want to thank them for giving a chance to prove to TUSIAD how entrepreneurial our education system is.”

President Demirtaş also reminded that IUE students received first, second, and third place awards at this year’s If Wedding Bridal Design Contest, and the students deemed worthy of an award in fashion.

‘NUYAP will bring designers and brands together’

Nurdan Boğa explained that their project allowed designers to upload their designs and resumes on a platform. Boğa said, “Designers will be able to present their drawings to the brands without having to provide samples. There is an annual fee for subscription for brand names, they can purchase the designs they like and sell them as their own. They can also make deals with designers to transfer them to their companies. We felt much honored that our project received an award for its creativity.” 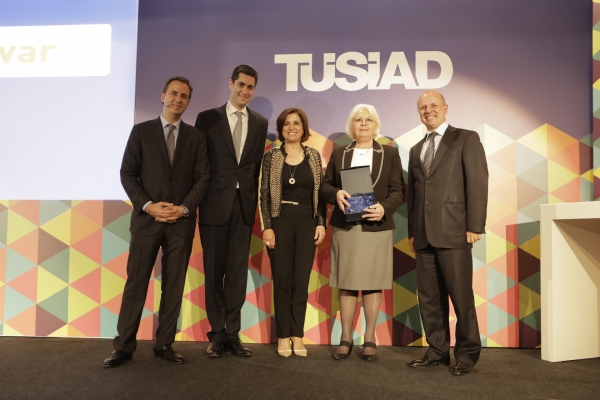 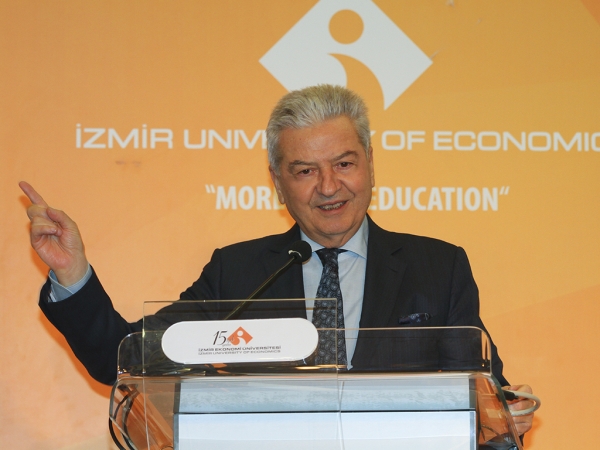