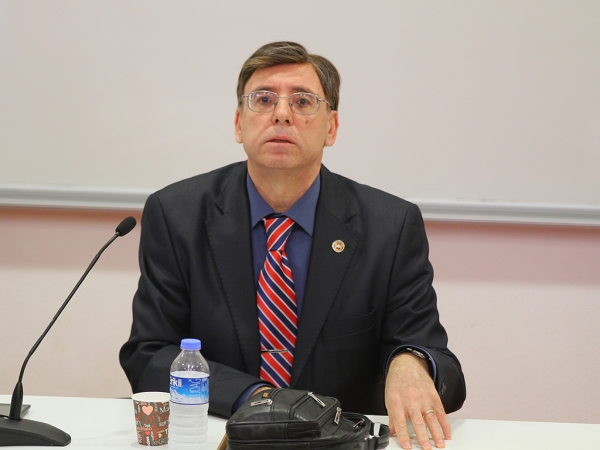 The number of children who got jailed last year in Turkey reached to 6 thousand. İbrahim Altıtaş, Judge of Izmir Juvenile High Criminal Court, reported that the number wasn’t even in the thousands in 2009, and he said that 65% of the children committed crimes again and sent back to jail.

Altıtaş, who was invited as a guest speaker by Izmir University of Economics, Faculty of Law, stated that 6 thousand children were charged with crimes and their arrest depended on extremely limited conditions. Altıtaş said, “Children, we come across as a case, are partially lost. However, children in jail are completely lost. In 2009, the number of convicted children wasn’t even in thousands, but last year the number of children who got jailed reached to 6 thousands. You cannot arrest a 15 year-old due to crime with a base limit of 5 years. But these 6 thousand children are charged; their crimes are finalized. We try to avoid arresting them and sending them to jails because 65% of children re-commit crimes, and go back to jail again.”

Altıtaş said that it was important to understand whether the child was under risk before it came as a case in front of them, and that children should not be separated from their families. Altıtaş said, “International agreements hold parents responsible in rearing children. Therefore, you should not think separating children from their parents. You should see parents as role models. Whatever you tell to a child, it goes in one ear, and out the other. Children copy everything their parents do. If parents are involved in doing good things, so will the children. But, if there’s a problem in the family, we immediately see it reflected to the child.”

Judge Altıtaş pointed that there were 58 million of active people over the age of 15 in Turkey, and 2.5 million of those did not know how to read and write. Altıtaş stated the following:

“80% of 2.5 million people who cannot read and write are women. 3.6 million people dropped out of school. 15 million are elementary school graduates. The number of elementary school graduates and middle school graduates altogether is 16 million. 37 million people gave up on education. This corresponds to 60% in active population of 58 million. A major part of our population is under educated. If you add 30 million poor families, children and families are at risk of under education and poverty. This is a major social problem. There is violence against children and women in 60 to 80% of families. 4 thousand 500 women were killed in the last 10 years. We need to make our society better.” 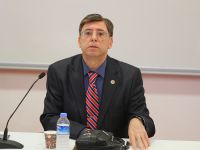