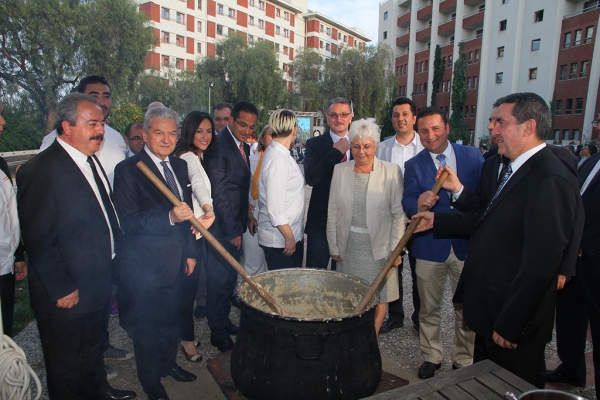 Students of IUE Department of Culinary Arts and Management cooked keşkek (a dish of mutton or chicken and coarsely ground wheat), aşure (Noah’s Pudding), and buğday aşı (wheat dish) the old fashioned way as part of the UN’s 2016 International Year of Pulses celebrations. A special menu of “pulses” was offered to the guests at the dinner event co-organized by Izmir Chamber of Commerce, Izmir Provincial Directorate of Agriculture, and Izmir University of Economics.

President Ekrem Demirtaş stated that students of IUE Department of Culinary Arts and Management cooked different dishes made of pulses in large, wood-fired cauldrons. He said, "Our students cooked pulses in cauldrons the old fashioned way. It was traditionally cooked this way in weddings, circumcision parties. Young generation does not even witness cooking in wood-fire. But, tonight we had some wonderful dishes. "

‘Fast food is spreading, the answer is pulses’

Ahmet Güldal, Izmir Provincial Director for Food, Agriculture, and Livestock, reminded that the UN General Assembly declared 2016 the International Year of Pulses with the suggestion of Ministry of Food, Agriculture, and Livestock, and he said that at a time where fast food culture is spreading like blob, they wanted to raise awareness on pulses which is very good for human health. Güldal said, "The experts highly recommend consuming pulses, which are low in fat and high in fiber, 3 times a week. We want to spread the word around, especially to young people. We receive significant support from Izmir. We have a study group for this.”

Ahmet Volkan Güngören, Head of Department of Foreign Affairs, Ministry of Food, Agriculture, and Livestock, stated that they would continue to embrace the International Year of Pulses and hold organization as such in 81 cities in the coming periods. 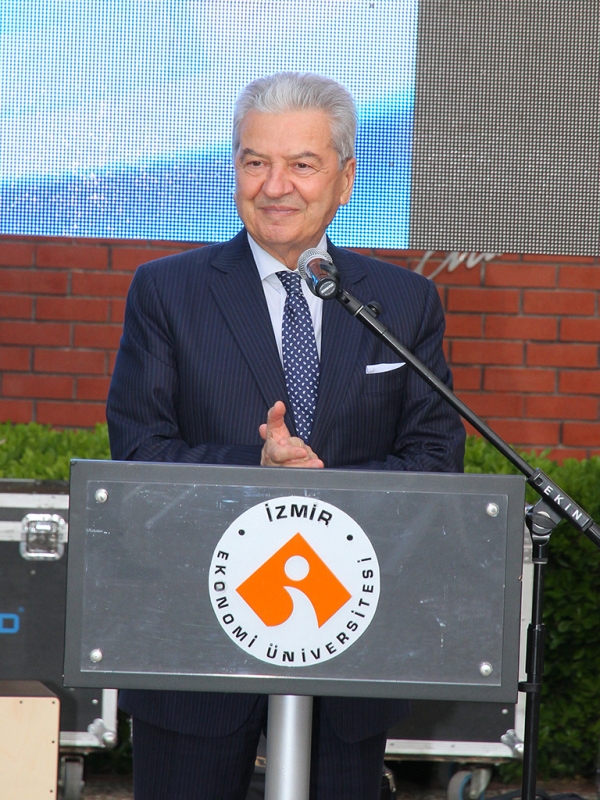 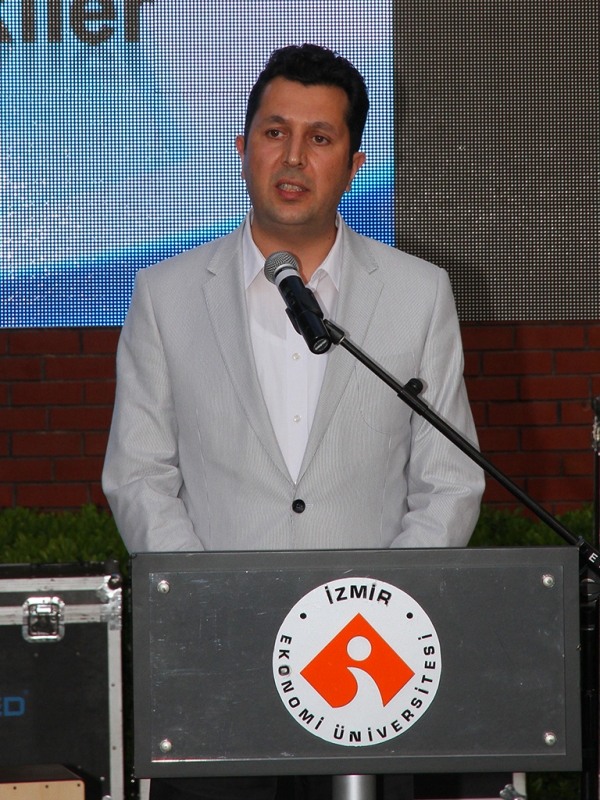