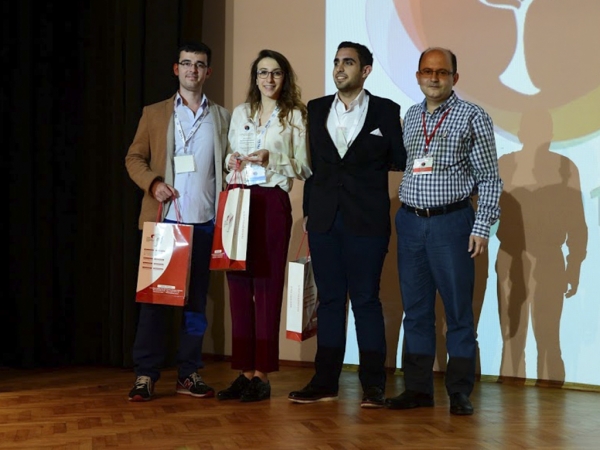 Izmir University of Economics (IUE) is riding high with the projects of its entrepreneurial students. Ozan Karaduman, İbrahim Kavas, and Neslişah Adanalı, students of IUE Faculty of Engineering and Computer Sciences, Department of Electrical and Electronics came in first place in two different categories at the contest held at the end of the 5th Young Minds, New Ideas Project Market and Graduation Projects Joint Exhibition.

One thousand students from 10 universities in the Aegean Region attended with 270 graduation projects. Karaduman, Kavas, and Neslişah came in first place in “Social Media and Communication” category and received “Engineering for Society and Unique Software” award for their project titled, “Voizee”, which was carried out under the guidance of Prof. Dr. Murat Aşkar, IUE Vice Rector.

İbrahim Kavas, who gave information about Voizee, said that the software for the smart phones of company workers allowed them to talk free on WI-FI within the company. Kavas said that the employees didn’t have to have desk phones thanks to their project. “We also made it possible for non-company workers to have access via 4.5G for a small fee. Our project is an IP telephone service that allows making calls and sending messages for free via Voizee server. The software is downloaded on smart phones and employees can call each other for free with a password.”

Kavas also said that the companies would be able to record their own calls, and if you got a busy signal twice for someone you called, the system automatically referred you to another member from the same business team. 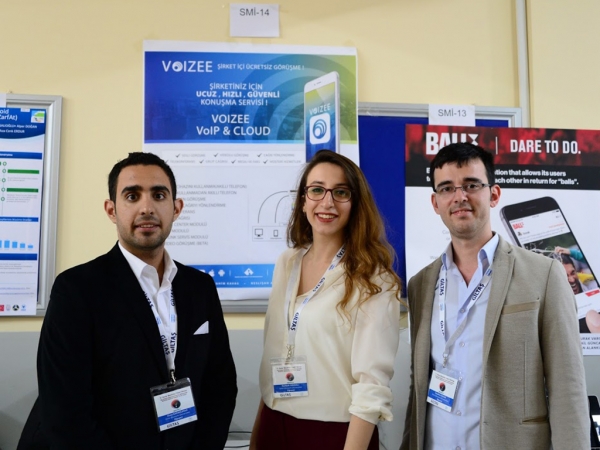