AMBASSADORS OF IZMIR FROM IZMIR UNIVERSITY OF ECONOMICS 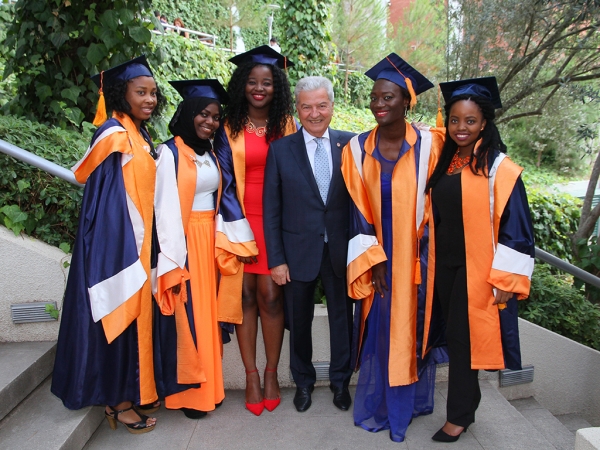 Izmir University of Economics (IUE) is sending off ambassadors of Izmir to the four corners of the earth. IUE, which has been hosting 46 students from 40 countries, has graduated 21 African and Asian EXPO scholarship students who adore Turkey. Izmir has been candidate for EXPO 2015 and 2020. 46 students from Africa, Europe, Asia, and America continents benefitted from the scholarship up until now, and 21 new graduates, who have completed their education, will be representing Izmir Economics in their countries with a spirit of entrepreneurship.

Ekrem Demirtaş, President of IUE Board of Trustees, stated that IUE has fulfilled its duty earnestly during Izmir’s candidacy to EXPO 2015. Demirtaş said, “We’ve offered full scholarship to the students of countries that were BIE members during Izmir’s candidacy to EXPO 2015 in order to strengthen the relations with them. Our sole purpose was to support Izmir’s candidacy. Our offer was welcomed greatly then. And we kept our promise. 46 students from 40 countries continue to receive high quality higher education at IUE.”

President Demirtaş said that students who studied in Izmir all became admirers of the city, and he believed that they would proudly represent Turkey in their countries and in their line of work. He said that the students did not pay any tuition fees and their accommodation and meal expenses were met by the University as part of the scholarship. Demirtaş pointed that Turkey was going through some tough times but the country looked forward to better days with the foreign national students.

‘I will represent Izmir’

Sadie Telesford, one of the EXPO Scholarship students from Grenada, stated that she studied Software Engineering at Izmir University of Economics. Sadie said, “I’ve received an international training at IUE. The medium of instruction being English gave a great advantage. First, I will go back to my country, and then I will start working. I am sure that I will achieve many accomplishments in my job where I will be able to reflect the quality education I received at Izmir Economics, Turkey.”

Another student Young Song Choi from South Korea said that four years of Logistics Management education went by very quickly and that it was hard to forget about Izmir. Young said, “Education I received here and the friendships I’ve made shaped my future. I had the best quality of education. I am a citizen and ambassador of both countries.”

Aminata Conteh, graduate of Department of Political Science and International Relations, from Sierra Leone said, “Political sciences and international relations for my country, as it is for other countries, is very important, and graduates are highly needed in that area. I am very happy to have been offered such an opportunity. I would like to become a consul or ambassador in the future. And when that happens, I will represent my country and Izmir, Turkey to the best of my ability. I will not forget about the country where I received my education at. I will continue to represent Izmir honorarily.” 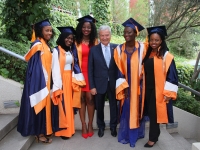 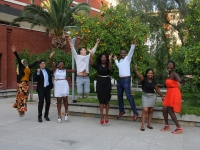 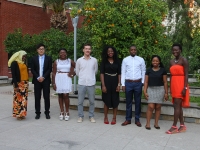