Turkey is going steady in house sales. In May 2016, 114 thousand 800 houses were sold in Turkey according to the data by Turkish Statistical Institute (TSI). House sales increased by 6.4% in May 2016 compared to the same month of the previous year, and Istanbul had the highest share of house sales with 21 thousand 638 houses sold. The followers of Istanbul were Ankara with 11 thousand 408 house sales and Izmir with 6 thousand 697 house sales. The least house sold provinces were Hakkari with 5 house sales, Ardahan with 13 house sales, Şırnak with 33 house sales.

Prof. Dr. Hakan Yetkiner, Lecturer at IUE Department of Economics, stated that home buyer behavior in Turkey since January 2013 followed a steady course. “Only mortgaged house sales followed an obvious fluctuating course due to the determining role of the interest rates. The negative impact caused by economic and political fluctuations on interest rates and expectations affected mortgaged house sales strongly. Housing demand of households in Turkey is determined by real needs in principle. Housing demands decrease at reasonable levels during economic and political fluctuations,” said Yetkiner.

Prof. Dr. Yetkiner, who reported that the housing sector in Turkey created a false impression as if there was a continuous growth tendency, stated the following:

“When we look at TSI’s home sale statistics in Turkey for January 2013-May 2016 period, we can see that monthly sale figures for January 2013-July 2014 period were swinging between 80 – 100 thousand, and after that period, it was between 100 - 120 thousand. Therefore, it would be safe to assume that monthly home sales experienced a steady swing since January 2013. Same assumption is also good for new houses, second hand houses, mortgage sales, and other types of sales. The decrease in mortgage sales which started in July 2013, hit rock bottom in January 2014 and peaked in September 2014, but started to decrease again in March-April 2015.” 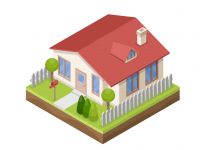 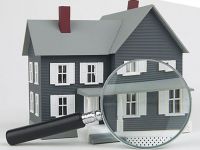