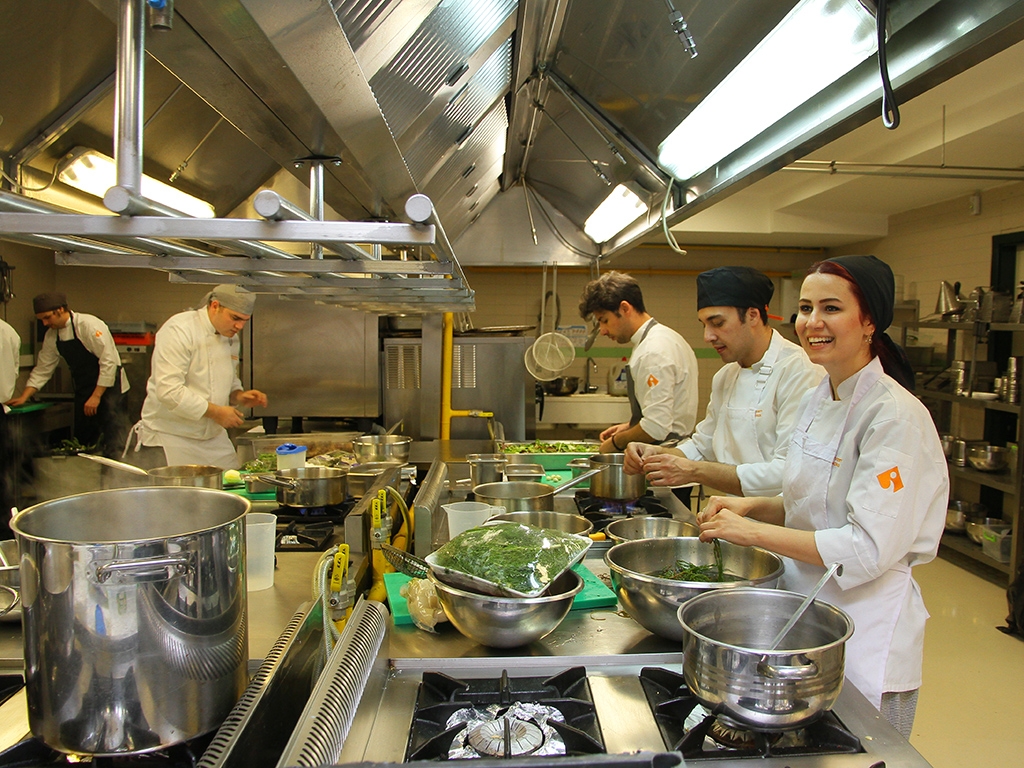 Izmir University of Economics (IUE) Department of Culinary Arts and Management is getting ready to train the young chefs who can combine the exquisite flavors of Turkish and Aegean cuisine with their skills, and promote it to the whole world. The prospective students will start their education under the guidance of famous chefs after an aptitude test, a test only administered by IUE Department of Culinary Arts and Management. The deadline for pre-registrations is set as July 28.

Prospective students, who obtained a raw score of at least 150.000 and above in any score type of YGS (Transition to Higher Education Exam), will be able to pre-register. Following that, the first of the two-step exam will be conducted on August 1. After the written exam, students will be interviewed on August 2-3. The results will be announced on August 4, and registrations will take place on August 16. 50 students will be admitted to the department where young chefs will learn about the finest details on Turkish and world cuisine. 5 out of 50 of these students will have full; another 17 will have 25% scholarships.

Asst. Prof. Dr. Betül Öztürk, Director of IUE School of Applied Management Sciences, pointed that their aim was to train chefs and managers who had good command of world cuisine culture. Öztürk also mentioned that they wanted Turkish cuisine to be promoted worldwide via talented chefs, and the graduates would be employed at tourism and accommodation sectors. She said that successful students, who would be lectured by managers of Michelin starred restaurants in Lyon, France, would also get a chance to perform 3 month internship in France every year. She stated that cuisine turned into an artistic profession, and presentation in addition to taste mattered. Öztürk said the following:

“We aim to train chefs and managers who will be equipped with theoretical and practical information on culinary arts. Our graduates, with their positions and accomplishments here and abroad, reflect the quality of education we offer. Medium of instruction is English at our school. They also learn a second foreign language throughout their education. The first two years of a four-year education focus on business administration and management. Students are taught sectorial information on restaurant management. The third and fourth years, they get to practice what they learn. During this time, students have hands-on training on famous world cuisines in addition to theoretical foundation of culinary arts.”

Öztürk indicated that international collaborations allowed students to promote Turkish Cuisine worldwide. She reminded that prospective students who obtained a raw score of at least 150.000 and above in any score type of YGS will be able to pre-register. 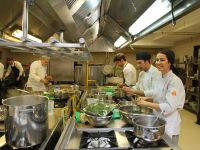 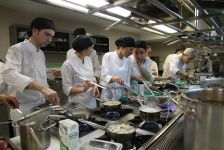