THE WEALTH OF CULTURES RETURNS WITH FLAVOUR 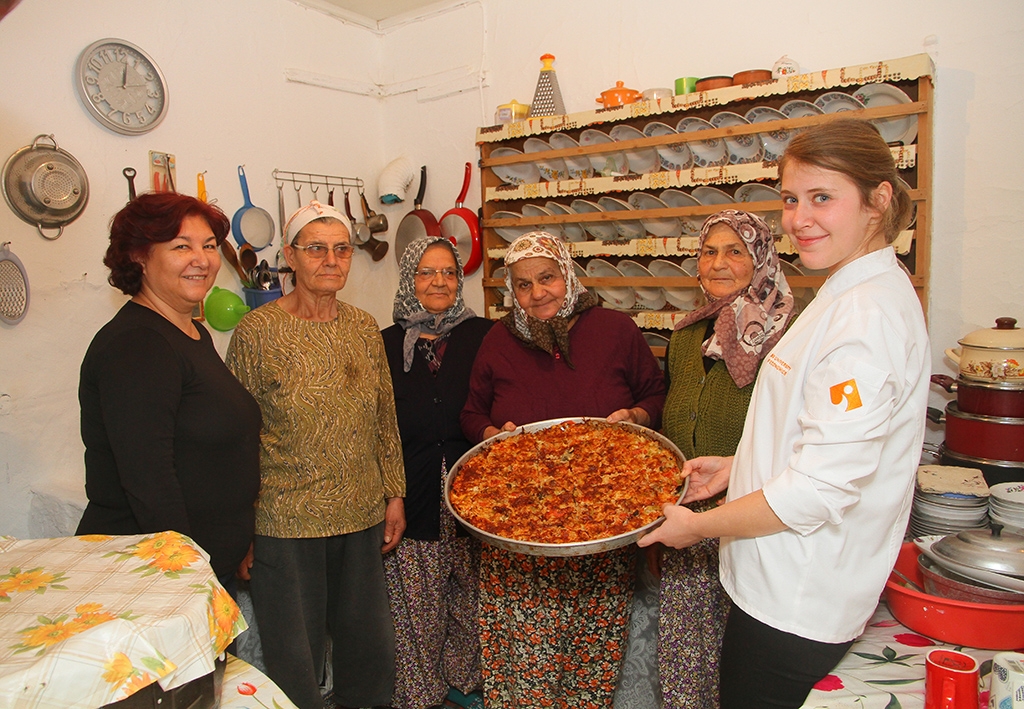 Recipes which date back thousands of years and which are still in use  today  are being documented. The dishes of different cultures, such as the emigrants, Cretians, the nomads, Bosnians, Albanians, and the people from Kütahya who once settled down in Urla, a town in Izmir,  will not be forgotten. The local flavours of the region are being recorded following talks with people who are 70 years or older in 36 villages and districts which make up the cultural wealth of Urla. Recipes which were used in the past are now reappearing. Following the completion of the research, the recipes and stories of various dishes will be printed in Turkish, Italian, French, and English and a documentary will also be made.

Asst. Prof. Betül Öztürk, Director of Culinary Arts and Management at IUE, has said that Urla hosts a combination of many different cultures and added, “ In addition to the locals, many emigrants from Thessaloniki and various islands, Cretians,  Yörüks, Bosnians, Albenians settled down in the area following the Civil War. People from Kütahya as well as Ordu started to inhabit the area in the 1960’s. All of these people together form the past and contemporary Urla. It has a structure of its own. Two villages which are very close to each other may have quite different dishes, customs, and traditions. Our goal is to uncover the dishes and the rich culture of Urla, starting from 3000 B.C., the period of olive oil operations. We are conducting our studies in 36 districts and villages.  We are going to compile a book which will reflect the almost forgotten dishes, cultural elements, customs and traditions. As a result of our undertakings,  Izmır is now the first and single city in Turkey to be a member of the World’s Gourmet Cities Network. We are trying to introduce our flavours to the world at international standards.”

Asst. Prof. Betül Öztürk has also said that they have talked to people 70 years or older and have visited villages with the leadership of Chef Betül Batur.

Chef Betül Batur has pointed out that people who are 70 years or older are the people who cook, as well as know and apply the customs. She also gave the following information:

“The young people from Urla have recently been leaving the villages to go and work in big cities. The inhabitants of the villages are mostly older people. We have researched half of the 36 districts and villages.  Firstly, we go to the local council to get some information about the history of the village. We chat with the old men and women of the village, taking into consideration the concentrations of emigrants, Bosnians, and Albanians. We study the data we have and move on to dishes. We get recipes during our chats and try them together. We also record them visually. We try the recipes at the Department of Culinary Arts and Management at our university and record them scientifically. This is because the housewives have a tendency to give recipes to include “a pinch of flour; a handful of sugar.” While recording them, we use measurement units. We aim to scientifically pass an important piece of almost lost heritage to the future generations.” 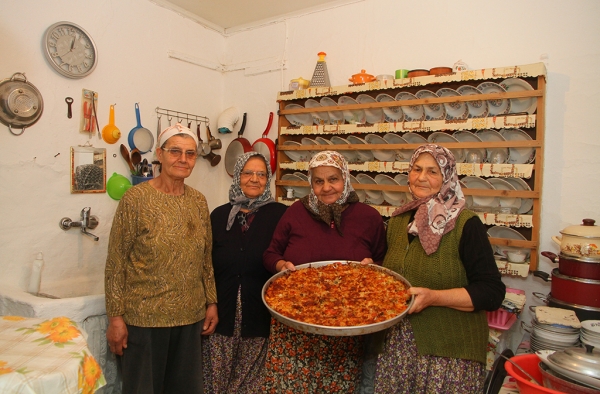