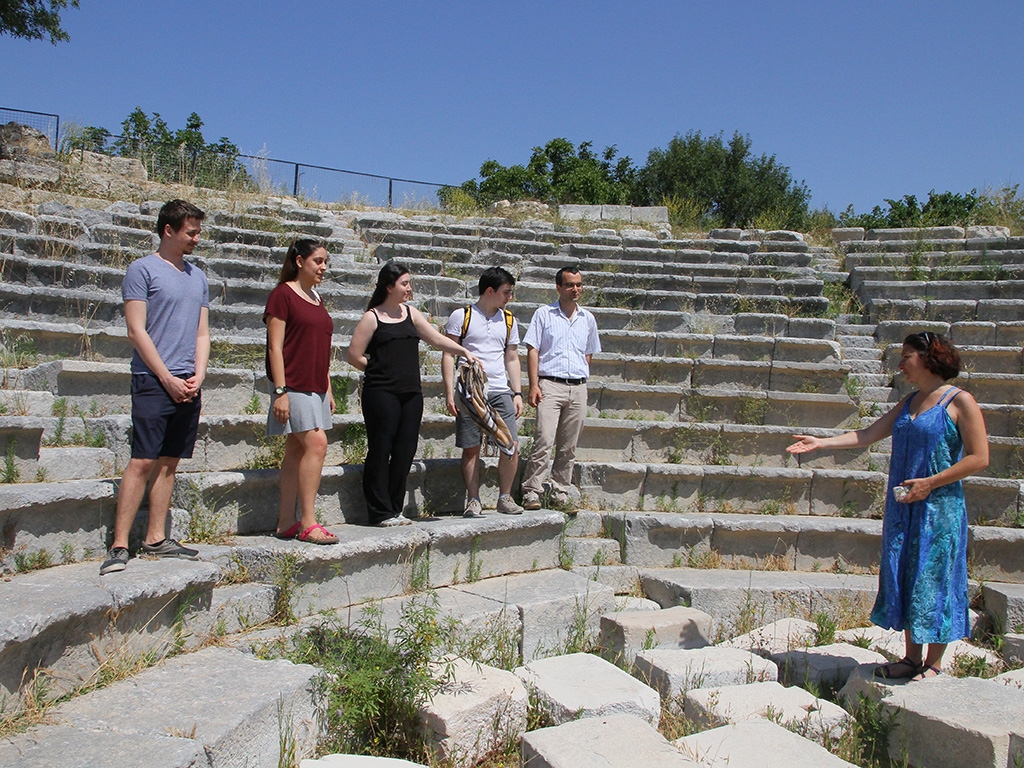 Young people will learn about history by playing a game. The historical structures and artifacts excavated in the ancient city of Teos—located in Seferihisar, the first slow city in Turkey—are being transferred to digital media in 3D format by the members of IUE  Department of Architecture. The members of the IUE Department of Computer Engineering will now be able to transport students from today back to ancient era with a computer game they are designing based on the excavations. This way, gamers will be able to learn about both the ancient city of Teos and the history of the Aegean Region. The game will bring adventure, archeology and digital technology together.

Asst. Prof. Dr. Gazihan Alankuş from IUE Department of Computer Engineering stated that in addition to creating 3D models of architectural structures, they want to offer an interactive, educational and fun experience for the users. Dr. Alankuş said  that they are developing a computer game using the appearance of archeological monuments and buildings and gave some details about the game:

“Under the guidance of our lecturer Dr. Altuğ Işığan, we and our students are developing our game as a riddle platform. The ancient city of Teos is remembered with the mysterious god Dionysos. Mythological sources indicate that Dionysos was the last god accepted in Mount Olympos, home of gods, for which he had to engage in a battle with his archenemy, the intriguing goddess Hera. We decided to base our story on this conflict and carried this struggle between Dionysos and Hera to the ancient city of Teos, which, in a way, was the capital for the cult of Dionysos.

‘The excitement of Hera in the game’

Dr. Alankuş said that the gamers will assume the role of Dionysos, and don the guise of various animals, just as in mythology. Then using their special skills, they will try to surpass the traps set in Teos by Hera. Dr. Alankuş added: “Gamers will try to solve riddles filled with traps, attempting to clear the difficult path leading to the gods in Mount Olympos. However, this will not be as easy as one might think; it’s not just the riddles requiring intelligence and skill that await the gamers. There is also a bad surprise, prepared by Hera, to keep the excitement at its peak and haunt the gamers until the end of the game.”

‘The Past Has Come Alive with IUE Architects’

Asst. Prof. Dr. Güzden Varinlioğlu from IUE Department of Architecture said excavation work in the ancient city of Teos is being carried out by Prof. Dr. Musa Kadıoğlu from Department of Archeology in Ankara University. She added they are creating 3D models of artefacts and buildings in projects carried out in collaboration with students. Dr. Varinlioğlu stated that the 3D models are visually enhanced and gamers will be able to see all the details of the city.

The Ancient City of Teos

The excavations carried out in the Ancient City of Teos between 1962 and 1967 indicate that the area was first settled in the Protogeometric Period (c. 1000 BCE). As with all Anatolia, Teos was taken over by the Persian commander Harpagos in 545 BCE. The earthquake in 304 BCE, which had caused major damage in all of Ionia, has afflicted this area, too. The variation of architectural structures around the city indicate that it remained to be an important area during the period of the Roman Empire as well. Due to the significance of the cult of Dionysos in and around the city, the Association of Artists of Dionysus—including poets, musicians, actors and singers—was established in Teos in 3rd century BCE. The poets Anakreon, Antimakhos, Epikuros, Nausiphanes, and Apellikon as well as the historian Hekataios are among the prominent artists and philosophers who lived in Teos during the ancient era. 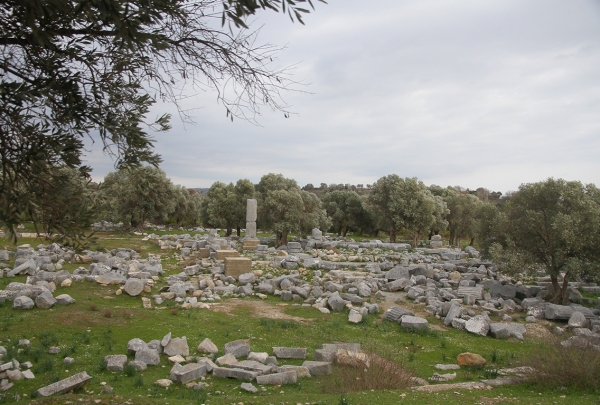