JOINT DECLARATION BY ICC AND IUE 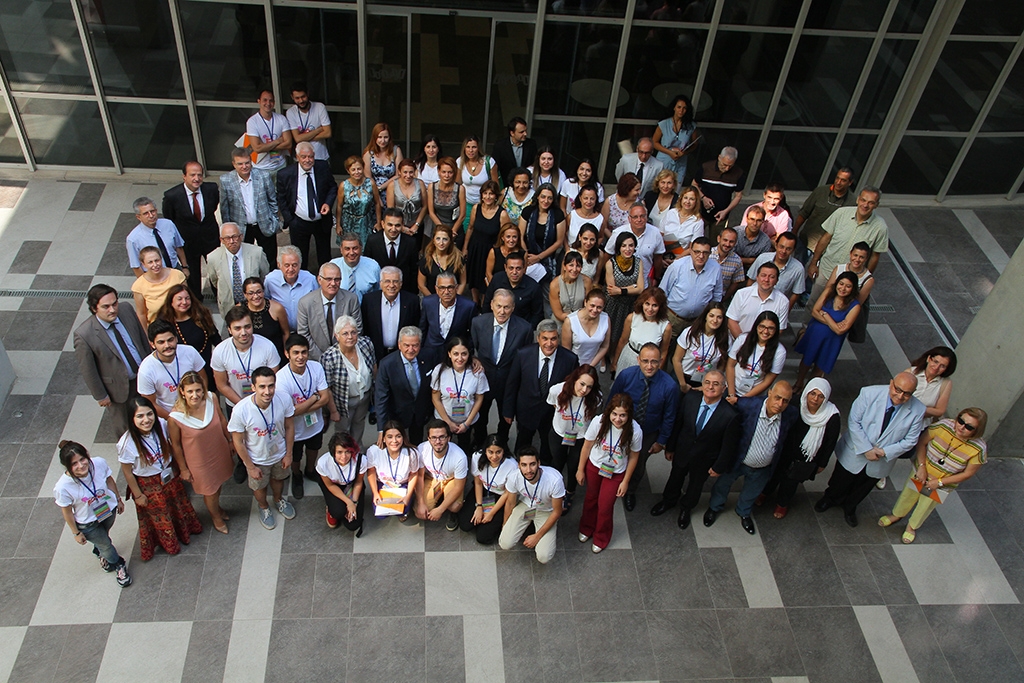 President Demirtaş said that he wished to share his opinions about the 2016 – 2017 academic year, in addition to the July 15 coup attempt. With a history of 131 years,  ICC founded Izmir University of Economics 15 years ago and brought its educational activities to the top. Stating that both ICC and the ICC Education and Health Foundation continue to work on educational activities, Demirtaş added: “To date, we have graduated 10,500 young people who are deeply committed to our country, its values, the secular republic and the principles of Atatürk. The council of our chamber and majority of our members are unwavering defenders of the same values. We had a very dark night on July 15. We watched with sadness a coup attempt after 36 years. A malicious attack was carried out against our state, our citizens and our democracy. 246 people, of which 179 were civilians, died and 535 people were injured. They all went down in history as “Martyrs of Democracy.” The Turkish public demonstrated their commitment to democracy, parliamentary system and the republic.”

Demirtaş stated that those who stood against tanks at the expense of their lives truly made history and added: “May they rest in peace. And for those who were left behind, it is our job to do what we can. Hence, we were the first university to announce that we are offering full scholarships to the children of our martyrs, and we also announced an aid campaign. Our chamber and our university took up their position very clearly since July 15. Holding emergency council meetings and press conferences, making statements and participating in Democracy Watch, we have reacted and will continue to react in the future.”

President Demirtaş stated that Izmir University of Economics continues on its path, growing bigger and stronger each year, currently with 8 faculties and 35 departments. He said that the new undergraduate programs to be offered this year include Mechatronics Engineering, Aviation and Space Engineering, Biomedical Engineering, Genetic Egineering, and Bioengineering; and the new two year programs include Architectural Restoration, Interior Design, Shoe Design and Manufacturing, Laboratory Technology, Furniture and Design, and Medical Laboratory Techniques. President Demirtaş said that students will be accepted into the new programs as of this year.

President Demirtaş said that the university will have science, economy, health and technology as its main focus. He added that Balçova, Güzelbahçe, and Balçova Thermal Campuses will offer education in economy, science and technology, and health respectively. He stated the medium of instruction is English, and students who also learn a second foreign language stand out in the business world by making a difference. Demirtaş stated that they began actively working in the field of health and added: “With 22 esteemed professors, we are planning to offer a graduate program in medicine. We will be leading this field with research in addition to education. As ICC and IUE, we will always be right by the business community in Izmir. By training personnel who speak 2-3 languages, we will be significantly contributing to health tourism. We have started working on IUE Science Prep School in order to get well-educated students. The projects have been drawn and construction will start shortly after obtaining necessary permits. We will send our average and above average children to kindergarden, elementary, middle and high school, then to university and finally into our economy. We have seen once again on July 15 how necessary freedom and peace are for all this. As members of ICC and IUE, we once again condemn this failed coup attempt.”

President Demirtaş expressed the joint declaration of Izmir University of Economics and Izmir Chamber of Commerce regarding the “July 15 Coup Attempt.” The statement included the following opinions:

“We reject any option other than democratic and parliamentary regime for our country. We emphasize that we do not recognize any will other than the will of the people; we will never renounce democracy nor accept any coup attempts. Now, as we go towards restructuring by acting swiftly, a new page on democracy should be turned. We now have to unite around democracy, the parliamentary system and our Republic, continuing on the path of Atatürk’s principles. We have to end this polarization and create a new Turkey with a stronger democracy and a stronger economy. Following the failed coup attempt, a state of emergency was declared. In our economy and education world, there is no state of emergency; the markets are calm, so we have to carry on. Of course, investigation into those institutions and organizations which use education to reach different ends will continue. Our wish is to move continuously towards a strong Turkey. As we, our chamber with 75,000 members and our university with 438 faculty members and 155 administrative personnel, work on this goal with all our might, we respectfully announce to the public that we will be unyielding defenders of the democratic and parliamentary regime.”

Rebii Akdurak, Chairman of the Council of ICC, on the other hand, stated that he was a member in the council that voted for the founding of the university and 15 years later, he felt proud of its accomplishments. Mr. Akdurak said he was excited that the projected Güzelbahçe Campus will be based on technology. IUE Rector Prof. Dr. Can Muğan said that they aim to raise happy, successful and distinctive individuals for the future. 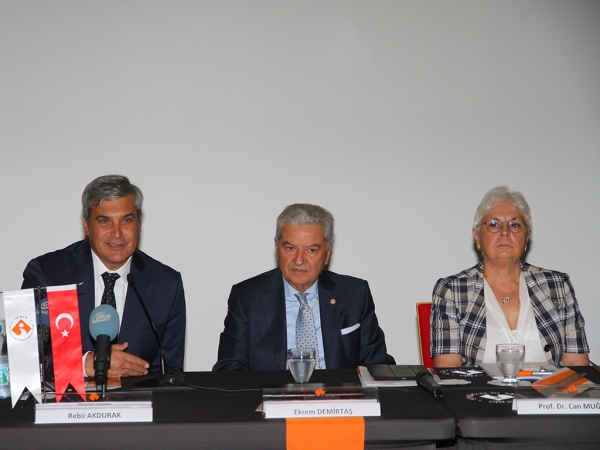