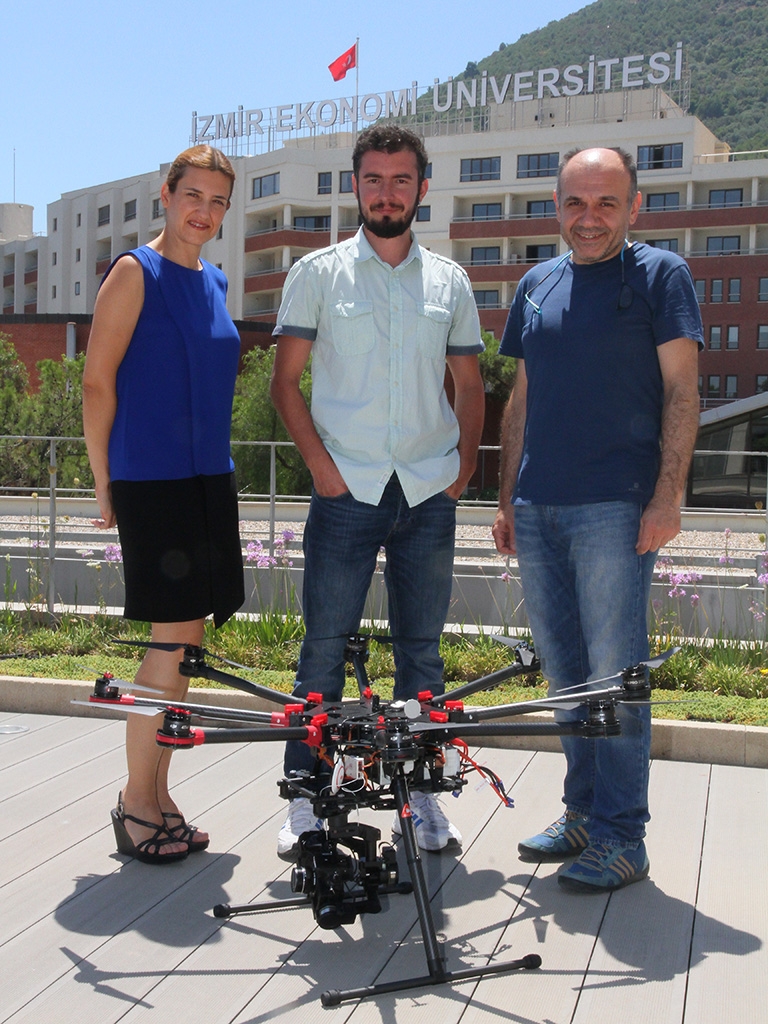 11 thousand kilometers have been traveled; a 10 hour image archive has been set up throughout 6 months for the video, which brought a breath of fresh air to Izmir’s promotion, that has been released on TV channels and social media with a slogan ‘İzmir’e Doyamazsın’ (You can’t get enough of Izmir). The team of 20, consisting of academicians and students of Izmir University of Economics (IUE) Faculty of Communication, completed the film editing of the video, based on 8 different themes, in 45 days.

Assoc. Prof. Dr. Ebru Uzunoğlu, Dean of IUE Faculty of Communication, reported that the project proposal regarding the promotion of the city came into their consideration when Aziz Kocaoğlu, Mayor of Izmir Metropolitan Municipality, took the chair of IZTAV (Izmir Tourism Foundation). She said, “We had little time to make the movie. We decided to focus on Izmir’s features in 8 different themes and prepared 8 videos instead of uttering new words and confusing minds. We worked together with the commission established by IZTAV”.

Assoc. Prof. Dr. Uzunoğlu stated that many promotional videos were shot before, but a commercial film was shot for the first time, and that they benefitted from the technical means within the Faculty. Uzunoğlu said that 11 thousand kilometers have been traveled; a 10 hour image archive has been set up in 6 months with Drones with 4K cameras in Ultra HD quality. “We shot all around Izmir in order to make videos and contribute to our city beforehand. When we received the proposal, we already had an archive of videos matching the themes. Therefore, it was easy for us to find the most appropriate images. We decided about the lineup of 4-5 different scenes for a 10 second video, and edited those scenes and made color arrangement,” said Uzunoğlu.

‘Izmir should support the campaign’

Assoc. Prof. Dr. Ebru Uzunoğlu said, "All sectors should show interest in the campaign. Restaurants should serve food in plates with 'İzmir'e Doyamazsın' slogan engraved, likewise, cafes should hand out napkins with the slogan printed. Izmir should show its full support to the campaign."