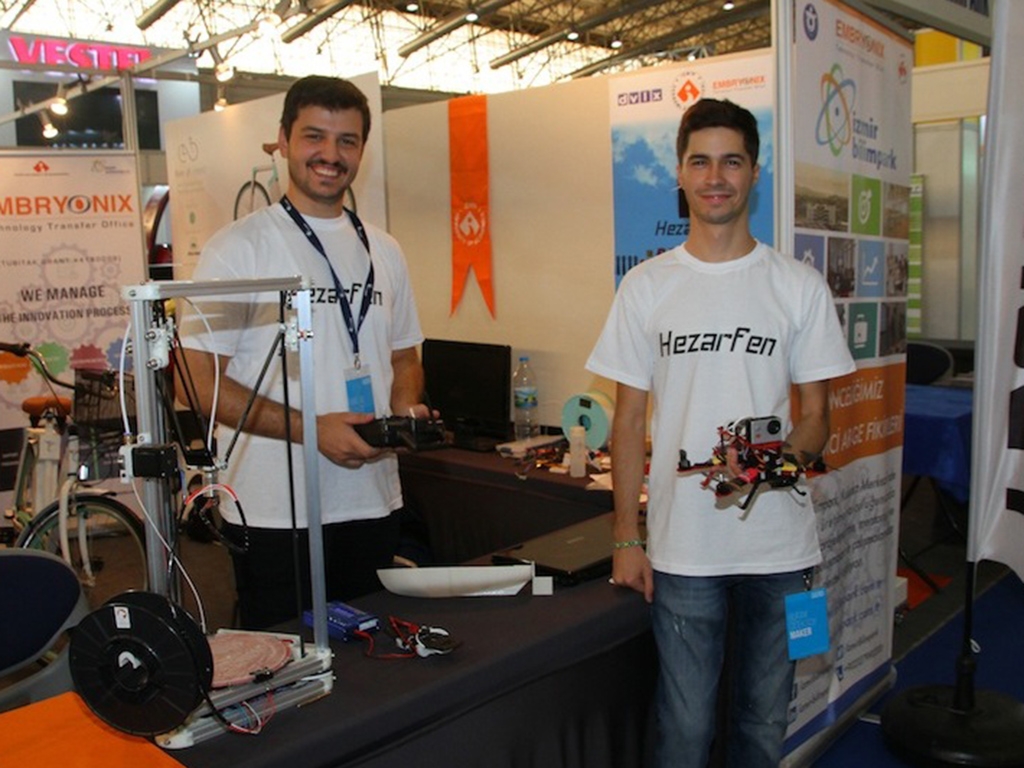 Izmir University of Economics (IUE) is taking part in the 85th International Izmir Fair with its innovation team. The University is making innovative presentations to the guests with 7 different projects which bring Izmir Science Park, Embryonix Technology Transfer Office, university, industry, and Research & Development together.

Burak Çiçeksoy, Hakan Kayan, Oğuzhan Ulucan, and Furkan Koç, all students of IUE Department of Electrical and Electronics, who participated in the fair as “Hezarfen Team”, presented the drones (unmanned aerial vehicles) they developed via 3D printer. Student Hakan Kayan pointed out that drones were imported to Turkey and therefore they were expensive. He said that robots would become more important in civil and military life in the near future. “Drones are used in search and rescue, tracking, video and photography, contests, and are used as hobby tools and they cost arm and a leg because they are being imported. Our goal is to produce drones via 3D printers and design the electronic parts in order to lower the cost substantially. We will combine the drones with VR technology at the same time and offer user-friendly products. This way, we will be developing value-added product,” said Kayan.

Ümit Çiçek, Coordinator of Izmir Science Park, reported that an innovation themed fair was being held for the first time, and IUE, Izmir Science Park, and IUE Technology Transfer Office made presentations to the guests about new technologies in a 56 square meter space at the fair. Çiçek said that they presented the university-industry, R&D collaborations and they would continue to present the innovations.

‘Bilimpark; the only production based Techno Park’

Çiçek said, “We will be talking about Kurukamo earthquake early warning systems R&D project, Artsys smart screen information systems, and projects developed by our students throughout the fair. We will continue to support the fair as the only production based Techno Park in Izmir.” 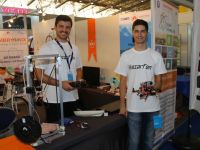